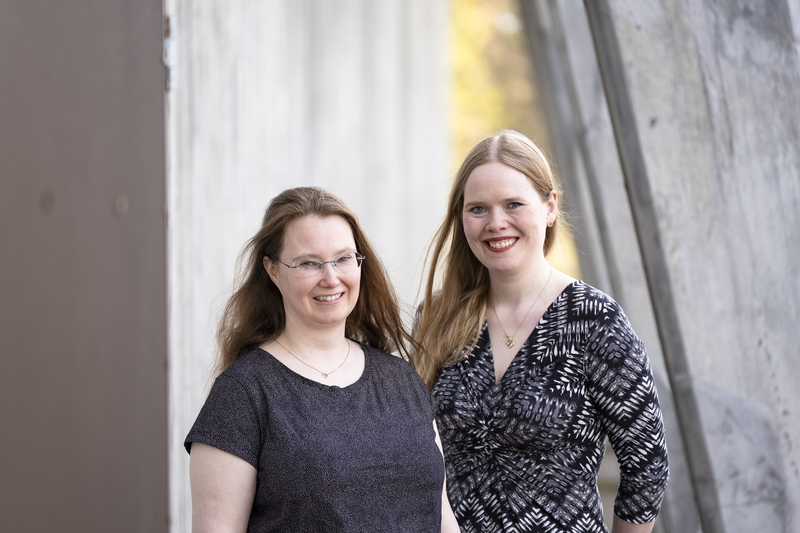 Blokkin á heimsenda (‘The Island on the Edge of the Universe’ , not translated into English) is about a quite ordinary family our town time. The children’s parents are preoccupied with the present with an ecological conscience, while the children measure their happiness by the capacity of their internet connection. The main character, Dröfn, plays Minecraft most of the time, while Ingó, her elder brother, is constantly on his YouTube channel.

All this changes abruptly when their parents decide to move to a remote island far from the coast of Iceland. Their father has his family roots there, and his aging mother lives on the island. Dröfn does not know what to expect from her grandmother, whom she has never met, but it quickly turns out that the community on the island is totally different from everything the children have grown up with.

The grandmother and all the island’s other inhabitants live in Blokkin (‘the Block’) – a building that towers like a mountain over the island, and which has no internet connection. Here the grandmother rules like a Gatekeeper with a big G. In the Block, there’s no room for those who take more than they provide, so each resident has a job title and a task in the community. It is both instructive and magical to follow the two children of modern life into this marvellous world of austerity and recycling, where the residents generate their electricity on exercise bicycles, and nothing ever just happens by itself.

The authors weave together humour and rich creativity in an original narrative, which in itself contains a critique of the consumer society and its abundance. But this message is never allowed to weigh down the story, because playfulness and joy shine through all the time. At the same time, however, the simplification that characterises this “exemplary” society, where everyone has a specific role and must serve the whole and put aside their personal longings and dreams, is also questioned.

A central theme in the book is the structure and function of society – what it means to belong to a society and have a role there, just like everyone else. One for all and all for one. Dröfn learns that the foundation of any society lies in connections between people. In one year, the island is ravaged by measles and two deaf children are born. Then the members of the community pull together, and every inhabitant learns sign language, because each inhabitant matters, and everyone must be able to understand each other.

The book also raises the question of what the individual has to offer, and what he or she must sacrifice for the sake of the whole. On the island, everything is exploited to the maximum, including the people. Society is a machine and humans are its gears – and everyone does their part to ensure the machine runs like clockwork. But what happens if you just don’t want this life, and you are not satisfied with this restrictive system? The book is also about rebellion: the rebellion of children against their parents, rebellion against the utilitarian attitudes of society, and the rebellion of those who long to do something other than what society assigns to them.

Even though the topics debated in Blokkin á heimsenda are highly political – nature conservation, society and forms of government – the narrative is seen entirely from the point of view of children. Dröfn is strong, brave and critical of her surroundings. She sees through the fragility of her parents and society, which makes the reading experience especially empowering for a child.

Arndís Þórarinsdóttir has studied literature and writing, and works as a writer. She was for a time chair of the Icelandic section of IBBY. Hulda Sigrún Bjarnadóttir has studied both psychology and librarianship. Both live in Reykjavík and work as writers.