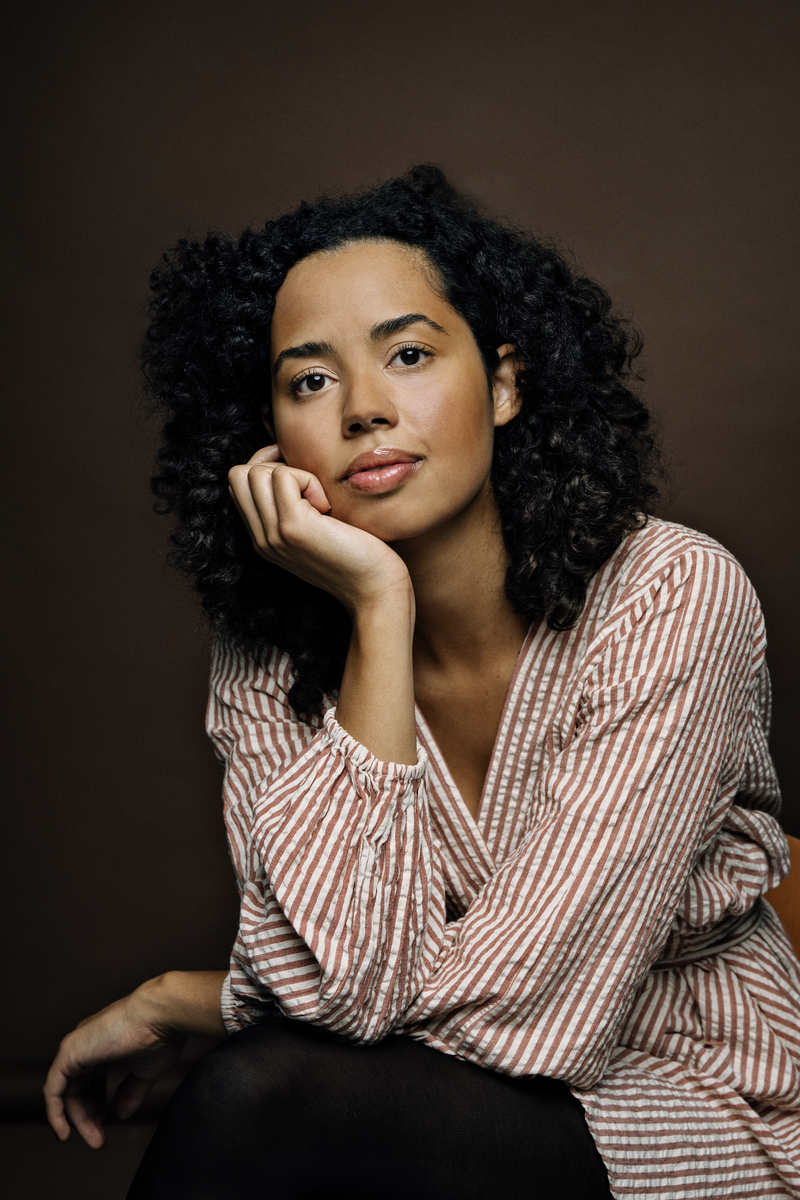 Vulkan (‘Volcano’, not translated into English) is an explosive young adult novel in more ways than one – not just in its language, but also in its idiosyncratic structure, in which the book reverses traditional chronology by beginning and ending with Chapter Two. It is a rootless and insistent tale of settling down and falling away – told in its very own way. Dialogue, text messages and perplexing thoughts are mixed together in an original composition, where what happens, not just inside you, but also at the centre of the Earth, is of significance for the construction of the characters in the book. Everything in the novel is about to blow apart.

The main character, Anna, has been living in a shelter with her mother. Now she is living in another town, starting at a new school, and making new friends. Everything is new: her friend Chili and the guy Idris, who practises parkour and is not like Thomas from the shelter, who knew all about gravity. Anna has experienced it before: being torn up by the roots and moving to a new place in the hope that everything here, right here, can begin anew. Without lies. But can inner wounds be healed by running away from them, again and again, both mentally and physically? Like so many other children and young people in her place, Anna must take on the role of protector and caregiver for a mother who is struggling to move on, and a father who cannot see that he himself is a major part of the problem. Like a wounded child, Anna must enter the world that is called reality, and face it. There is a volcano rumbling beneath the whole tale like a kind of motor of attraction and repulsion. Gravity and free fall. Not towards the ground, but towards the burned-out voids of infinity and darkness. The father tries again to be a father, but not everything can or should be forgiven in a world that is falling apart because everything is shaking and trembling. Especially when Anna goes into town, smokes hash and ends up in bed with Chili's boyfriend. Life is full of mistakes. And it goes on being so. But from her mistakes she also learns to live – and not just survive.

Vulkan is a socially realistic young adult novel that is naked, raw, poetical and whimsical. A story of falling down and getting up again. It refers to the usual coming-of-age novel in its classic structure: the idea of belonging is examined in the narrative here, because Anna is homeless, a kind of nomad in her own life, and restlessness is a driving force for better or worse. Zakiya Ajmi possesses a rare and honest identification with a credible narrator who fortunately never becomes moralising, preaching or didactic. It is said that we learn from our mistakes, but perhaps what we learn most of all from this novel is how to say sorry – and mean it.

The YA novel Vulkan is very definitely a volcano. You feel branded, in every possible sense, by the energy of every single sentence and the strange vulnerability of the words that creep inside you and lodge there. Zakiya Ajmi is a writer who aims to do something with her writing. She wants to shake up the old world, so that we can have a new one where all the things that so often are never spoken of can be talked about.