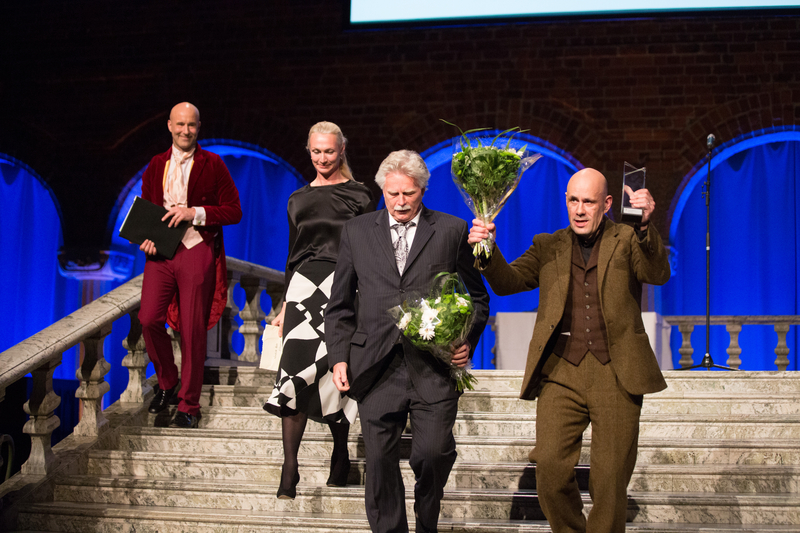 Photographer
Magnus Fröderberg/norden.org
Mail Facebook Linkedin Twitter Sign up to newsletter
The Nordic Council Film Prize 2014 has been awarded to the Icelandic director and screenwriter Benedikt Erlingsson and producer Friðrik Þór Friðriksson for "Of Horses and Men" at a ceremony in Stockholm.

“Of Horses and Men, a strikingly original film with its roots in the laconic humour of the Icelandic saga tradition, deals with the strong bonds connecting humankind and nature. At the heart of the film’s interconnected tales is humankind’s eternal attempts to control nature and pathetic failure to do so, often with disastrous consequences.

The director demonstrates a profound understanding of the primal side of both horses and humans. Using the animal’s point of view to depict tragicomic human behaviour endows Of Horses and Men with a distinctive lyricism as well as a darkly comic tone.

Director Benedikt Erlingsson combines powerful visuals, editing and music in a way that makes the film itself stand out as a force of nature.”

Read more about the Icelandic director and screenwriter Benedikt Erlingsson and…