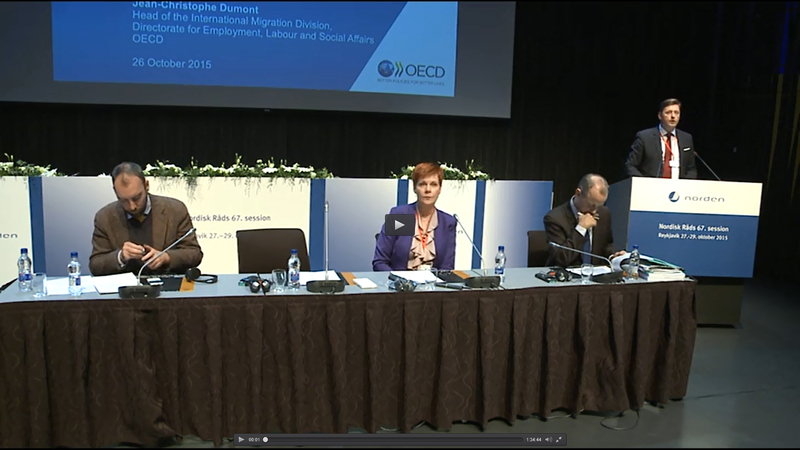 Photographer
Norden.org
Mail Facebook Linkedin Twitter Sign up to newsletter
Ahead of the official opening of the Nordic Council’s Session, politicians had already gathered in Reykjavik for an extraordinary Session event on the refugee crisis. It quickly transpired that the Nordic countries and their various political parties envisage very different solutions.

Jean-Christophe Dumont from the OECD’s international immigration department and Roderick Parkes, senior analyst for migration and internal affairs at the European Union Institute for Security Studies, were invited to open the discussion.

Both speakers emphasised that there is no “quick fix” or simple solutions to the situation, and stressed that we are facing a prolonged period of migration to Europe. Both Parkes and Dumont urged politicians to think holistically, and to co-operate across national borders as no country can deal with this crisis alone.

Subsequently the experts presented clear recommendations for finding common solutions by way of Nordic co-operation. However, no common understanding of how the Nordic Region ought to address the situation was immediately evident from the debate in the hall.

Some politicians advocated including undocumented immigrants in society, while others were concerned with making the asylum process stricter. Some called for more open borders, while others sought stricter border controls. And while some would be willing to bring refugees to the Region, others felt that help was best directed to neighbouring areas.

Sweden takes in more refugees than any other Nordic country and was held up by some as an example to other countries in the Region, while others believed that the Swedish solution is a threat to the Nordic welfare state. For some, refugees represent an expense, while others emphasise that these people have resources that can be of a benefit to society.

Is a joint Nordic policy development in this area conceivable when the gap between the different political groups and between the countries themselves is so large? 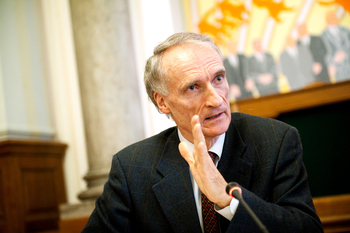 Nordic Council and Scotland to work together at COP26