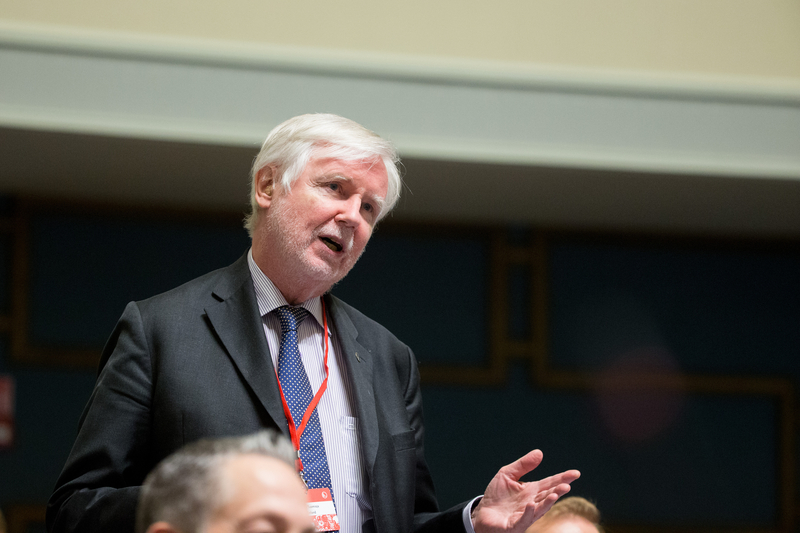 Photographer
Johannes Jansson/norden.org
Mail Facebook Linkedin Twitter Sign up to newsletter
Politicians and representatives from various Belarussian organisations visited the Finnish parliament in Helsinki on Tuesday at the invitation of the Nordic Council. The agenda featured the challenges Belarus faces in terms of the country’s democratic development.

The Nordic Council’s reporter for Belarus and member of the Presidium of the Nordic Council Erkki Tuomioja hosted the meeting. In his speech, Tuomioja specifically cited democracy and human rights – two issues that are a clear feature of the international strategy adopted by the Nordic Council at its Session in Helsinki in 2017.

“We take the situation regarding human rights and democracy in Belarus very seriously. We are particularly concerned when it comes to threats against freedom of assembly and association and freedom of speech and the media. Furthermore, Belarus is the only country in Europe where the death penalty is still in use,” said Erkki Tuomioja.

In addition Tuomioja stated that although small beneficial changes have been made in some areas in Belarus in the last year, the country still has a long way to go. He stressed the importance of continued dialogue.

“Our meetings with representatives from Belarus are very important for the Nordic Council. We would like to offer a platform for dialogue to assist with positive development in Belarus.”

The meeting in Helsinki was a continuation of an annual tradition of the Nordic Council to meet political representatives from Belarus.