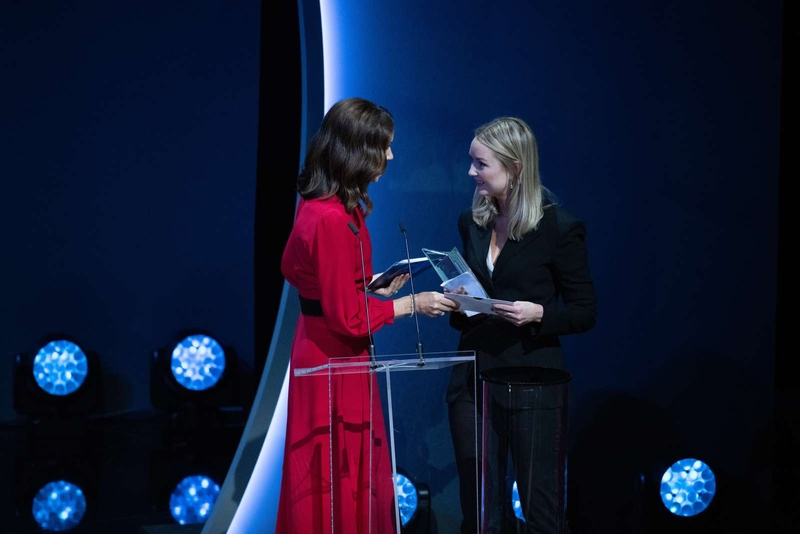 Elin has won the prize for her debut novel that, thanks to its fictional narrative, gives the feeling of a documentary and skilfully builds up the image of a reality where no one is evil or good.

The children and young people’s literature prize was awarded by Her Royal Highness Crown Princess Mary during the live broadcast of the awards ceremony from Skuespilhuset in Copenhagen on Tuesday evening.

This year’s winner has impressed the adjudication committee with a searingly relevant topic. Thanks to their fictional narrative, the winner gives the feeling of a documentary and skilfully builds up the image of a reality where no one is evil or good. The depiction of the people who the reader meets is never black and white or simplified. This year’s winner describes with a sensual eye for detail the existence that the protagonist encounters in refugee accommodation, which creates a strong sense of identification with the characters of the book and makes it impossible to turn a blind eye to a situation where everyone is a powerless prisoner and, to some extent, a loser. The story offers no explanations, no solutions, and no conclusions, but grows into a furious accusation that extends far beyond the covers of the book, against a system that shatters those made of glass. This year’s winner is Elin Persson for “De afghanska sönerna”.