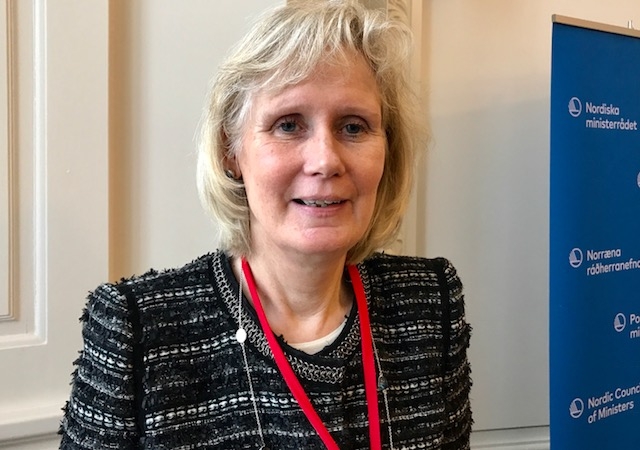 Photographer
Anna Rosenberg
Mail Facebook Linkedin Twitter Sign up to newsletter
The European Commission is using the Öresund Region as inspiration for how countries can work together to generate growth in a border region. Nordic efforts to eradicate barriers to freedom of movement have been held up as an example in Europe. Both are mentioned in the Commission’s action plan for boosting the economy in Europe’s border regions, which was presented in Copenhagen today.

“The Öresund Region has a long tradition of successful cross-border projects, including efforts to promote cross-border employment, which we have highlighted in our action plan as a good example of cross-border co-operation,” says Lena Andersson Pench.

She is director of the European Commission’s Department for Regional and Urban Policy and is presenting the action plan on three separate occasions, in three key border regions – in Copenhagen, Denmark; in Merida, Spain; and in Bratislava, Slovakia.

Border regions are lagging behind

Nearly a third of Europe’s population lives in a border region where the labour market of the neighbouring country is within easy reach.  Two million Europeans commute to and from work across a border.

Yet far from all border regions have pursued a purposeful integration process featuring regional development activities and bridge building as in the Öresund Region.

Europe’s border regions continue to have weaker economies and poorer access to public services than other parts of the countries.

Ten ways to boost the economy

In the action plan adopted on 20 September 2017, the European Commission identifies a number of measures that it wishes to support. These include promoting successful eGovernment solutions, encouraging cross-border employment agencies, identifying missing rail links, improving conditions for cross-border care, and supporting the establishment of accessible and reliable information services – all to help people live and work on different sides of a border.

If only 20% of existing barriers were eliminated, the border regions would see 2% growth in GDP. The European Commission states that a significant positive impact on employment could be expected, with the potential for a million extra jobs.

Looking at the Nordic Region

When drafting its action plan, the European Commission looked at the systematic efforts of the Nordic Council of Ministers to remove barriers to freedom of movement. The success of these is highlighted in the report.

27 barriers to freedom of movement have been abolished

Dagfinn Høybråten feels that efforts to abolish barriers to freedom of movement are especially relevant in a Nordic context:

“I’m pleased that the way in which we in the Nordic Region have structured our efforts to facilitate freedom of movement since 2014 has been noticed at the European level. At the Nordic level, we have successfully involved both cross-border stakeholders and national ministries to increase mobility between the Nordic countries. These efforts have brought about the abolition of 27 barriers to freedom of movement since their inception,” he says.