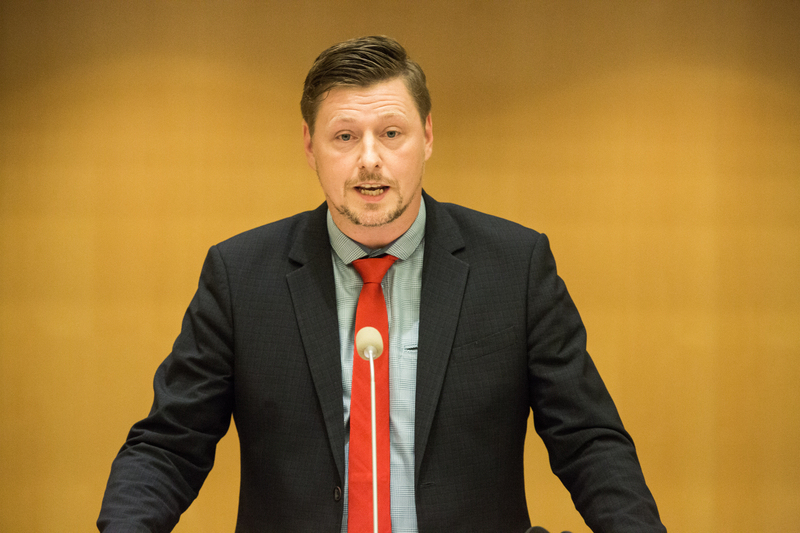 Photographer
Magnus Fröderberg/norden.org
Mail Facebook Linkedin Twitter Sign up to newsletter
Iceland takes over the Presidency of the Council in 2015 and will focus on the Nordic Region of the future.

The election and presentation of the Icelandic Presidency took place at the Nordic Council Session in Stockholm. Höskuldur Þórhallsson from the Progressive Party (F) won the presidential election against Steingrímur J. Sigfússon from the Left-Green Movement (VG). Guðbjartur Hannesson was elected Vice-President.

The Arctic is an important foreign focus

Much of its territory, both on land and at sea, falls within the Arctic Circle. The Arctic is taking a more central place on the foreign policy agenda and will be a focus area in the Icelandic Presidency.

"There is much discussion on how the Arctic can be developed, There are many possibilities, but also many challenges. Iceland will co-operate more with the areas in the West Nordic region than has been done previously".

The Presidency will focus more on the West Nordic region.

"The Nordic Region has previously looked a lot to the areas east of the region. Iceland will focus more on the western areas around the environment, security and trade.

Will fight against children's lifestyle diseases

The Nordic welfare model has long been an important focus area in the Nordic Council and the Nordic Council of Ministers, and Iceland will follow-up on this theme. However, Þórhallsson calls for there to be more focus on children's welfare.

"Our children are the most important resource that we have when we look to the future. We need, therefore, to focus on their welfare and fight against lifestyle diseases, such as, for example, smoking, alcohol and diabetes.

See the video with Höskuldur Þórhallsson (only in Icelandic)