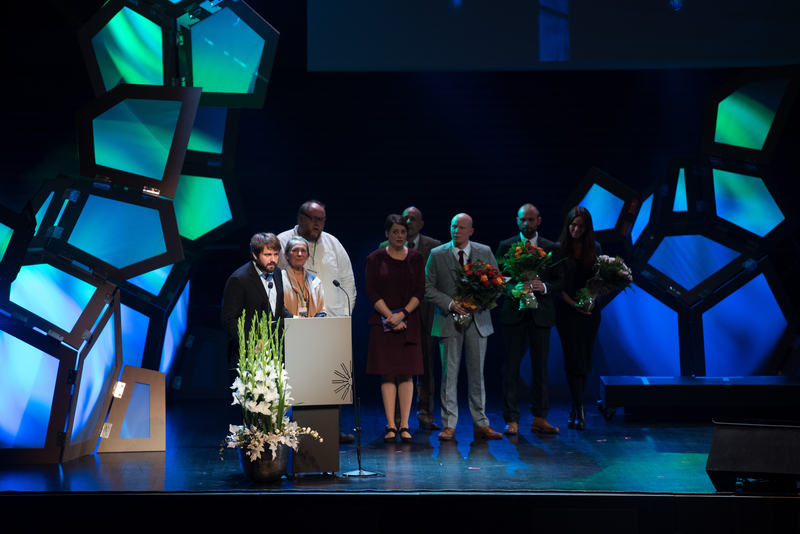 Photographer
Johannes Jansson/norden.org
Mail Facebook Linkedin Twitter Sign up to newsletter
The Icelandic director and scriptwriter Dagur Kári and producers Baltasar Kormákur and Agnes Johansen were awarded the Film Prize for Fúsi (Virgin Mountain) at the ceremony in Reykjavík.

They were handed the Northern Lights statuette and DKK 350,000 prize by director Benedikt Erlingsson, a fellow Icelander who won the prize last year.

“A simple and visually inventive tale about preserving your goodness and innocence in a seemingly impenetrable world.

Dagur Kári’s artistic ascent of a male virgin mountain results in a deeply moving and captivating film, offering a dignified portrait of its gentle giant of a man, as well as poignant depictions of the women around him.”