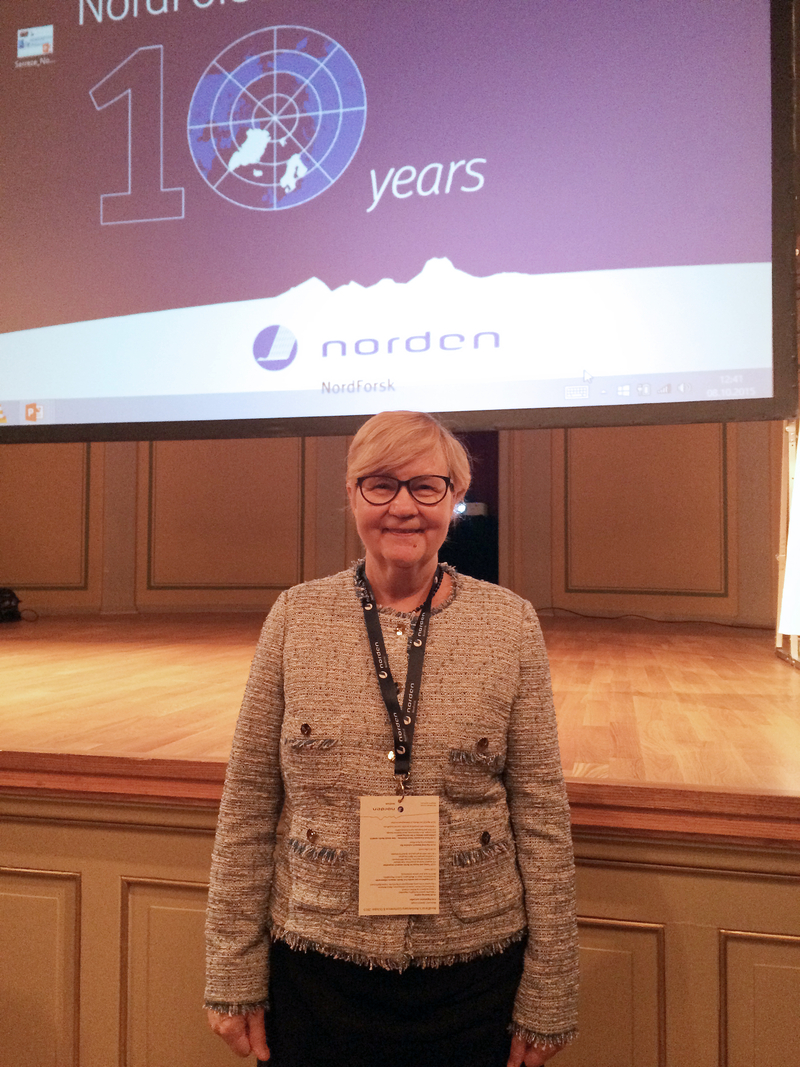 Photographer
Mary Gestrin/Norden.org
Mail Facebook Linkedin Twitter Sign up to newsletter
The Nordic Council of Ministers’ organisation for strengthening and managing Nordic co-operation in research and research infrastructure, NordForsk, celebrated its 10th anniversary on Thursday with a seminar in Oslo. The seminar’s speakers affirmed that its importance continues to grow.

“Despite research being international by its very nature, it’s a challenge to co-ordinate national priorities and interests in the way NordForsk has succeeded in doing,” noted the Secretary General of the Nordic Council of Ministers, Dagfinn Høybråten. NordForsk is a unique platform for co-operation.

Its area of responsibility has grown since it was founded ten years ago and the institution has funded several strategic and interdisciplinary research programmes. More recently, investments in research infrastructure have become increasingly important, which has also been reflected in NordForsk’s work.

This research partnership has focused on knowledge and policy areas including education, e-science, health and welfare, and the environment. A prime example of how NordForsk has responded to these social and global challenges is the Top-level Research Initiative (TRI), which came to a close last year. Overall, TRI was the largest Nordic research and innovation programme ever undertaken. TRI focused on climate, energy and environmental issues to create a new and unique form of Nordic research collaboration.

“If I had to highlight the most significant aspects of the last ten years, it would be the strategy we have developed for NordForsk,” explains Gunnel Gustafsson, director of NordForsk since 2010. “Our strategic objective is to achieve the greatest benefit with only few resources,” she says, noting that a key to NordForsk’s success has been the entrenchment of the strategy not only at a political level, but in the research community at large as well as among funders of research.

Chancellor of the University of Helsinki, Thomas Wilhelmsson, is optimistic about the future of Nordic research co-operation.

“What makes the Nordic context so attractive for researchers is its function as a springboard to wider international contexts,” he adds.

“Designation of international ecocide would send a strong signal”