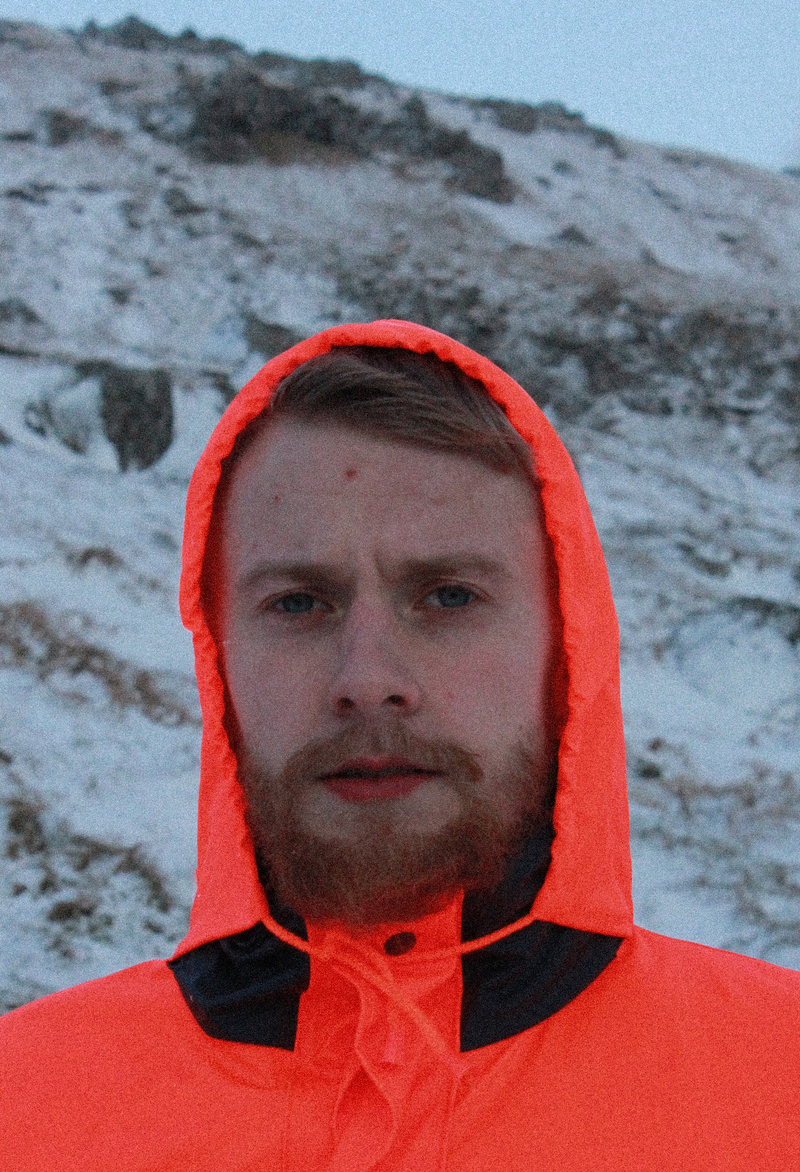 Sólgarðurin (‘The Sun Garden’, not translated into English) by Beinir Bergsson is an epoch-making expansion of the (lyrical) literary landscape of the Faroe Islands. In this poetry collection, poetic neo-materialism is juxtaposed with youthful, unabashed sexuality and melancholy reminiscence. In many ways, the poems are a classic story of growth – and yet not. For the poems do not seem particularly interested in leaving or escaping places, or in putting distance between the poet-self’s present and the poet-self’s past. The one does not exclude the other for Beinir: sexual desire is not at the expense of the family, the line – rather the contrary. Desire and sexuality are creative and expansive, and the reader is left with the feeling that the world has actually grown larger through this collection of poems.

Beinir Bergsson made his debut in 2017 with the poetry collection Tann lítli drongurin og beinagrindin (‘The Little Boy and the Skeleton’, not translated into English), which portrays, inter alia, the loss of a parent, the poet-self’s father. The debut work won EBBA-virðislønin (the EBBA Award), the annual literature prize of the Faroese Writers’ Association. In Sólgarðurin, the poet-self is now older. From being preoccupied with absence and distance, he is now preoccupied with closeness, intimacy and sexuality: specifically, between the bodies of two boys. And specifically, by creating space for their sexuality. The first poem in the collection begins almost invitingly:

Beinir himself has described Sólgarðurin in the media as both a concrete physical space and an abstract mental space. The poems are set primarily in two locations: in particular, the bed in a bedroom and the grandmother’s garden. The bedroom is the place where grass and intimacy grow. In the grandmother’s garden, weeding is done, plants are tended, household remedies are given, and if you prick yourself and bleed, it is the occasion for a blood sacrifice, which in the poem does not seem symbolic, but rather a highly concrete strategy for allowing oneself to become connected with nature and the dead. In this way, the bodies also become an extension of the landscape, opening up new spaces where insects and plants can grow, and, in the poems, even speak. As the poems progress, the divisions between the spaces dissolve.

The initially cramped and clearly defined spaces, the bedroom and the garden, are not constrained by their barriers: for the poems refuse to deal with borders. The poems are more interested in allowing new nature to grow, where the bed becomes enormous and where there are seasons, wildlife and landscapes. They expand inwards, into intimacy, into sexuality, into the ecstatic union of bodies.

The boundaries of one body must therefore be found in the other. The body does not end at its own extremities, but at the beginning of the other. And in the most ecstatic parts of the poems, where the narrator speaks from a ‘we’ viewpoint, it is also difficult to determine which body part belongs to which body, or what is desire or depiction. Body parts are placed independently of ‘I’ and ‘you’, a tongue is placed on the lips, air is blown into a mouth that is scratched until it bleeds, a navel kisses another navel. And it is as though this is the real purpose and the absolute quality of the poetry: it is in desire, intimacy and sexuality that the world becomes larger. This is where ownership and loneliness end. Not in terms of language – no, but as actual and physical comfort, care, play, love and sex.

With Sólgarðurin, Beinir has written the Faroe Islands’ first explicit collection of queer poetry, a variety of literary nature that is new to the Faroe Islands. Sólgarðurin is a new landmark, both for literature and for the men in the above extract, whom the poems foretell will need help to find their way in the future. This is why the poetry collection is so successful: The poems’ highly corporeal desires transcend themselves, touchingly manifesting a higher ideal of care between human beings.