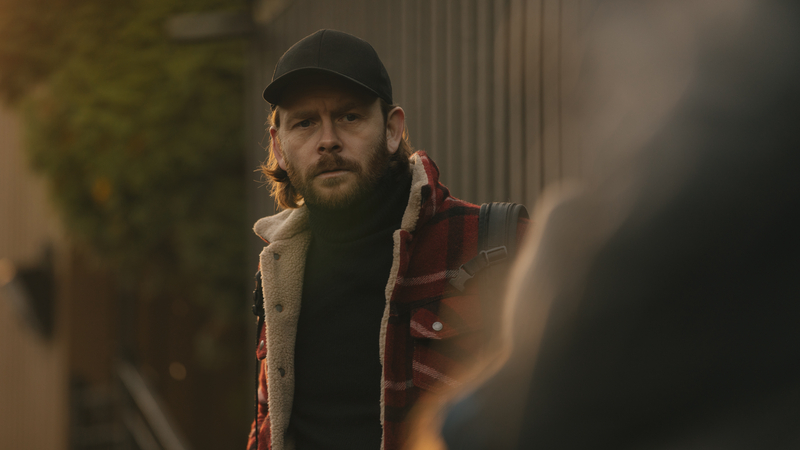 Beware of Children traces the dramatic aftermath of a tragic event in a middle-class suburb of Oslo. During breaktime at school, thirteen-year old Lykke, the daughter of a prominent Labour Party member, seriously injures her classmate Jamie, the son of a high-profile right-wing politician. When Jamie later dies in hospital, contradicting versions of what actually happened risk making a difficult situation worse. Liv, the school principal and the secret lover of Jamie’s father, confronts a distressed community and her own conflicting emotions.

At its core, Beware of Children is about “the Norwegian way of life”. Yet artistically and thematically, it extends far beyond this. What is essentially a tragic story is balanced with a subtle strand of political ingenuity and human warmth. Through three generations and their web of relationships, a diverse picture is drawn of a society in which adults and children live close together but remain in their own worlds, dealing with feelings of guilt and conscience in different ways. In a subdued way, Beware of Children addresses the fundamentals of life.

Dag Johan Haugerud (born 1964) is an accomplished author, screenwriter, and director. He trained as a librarian and then graduated with a degree in film studies from Stockholm University. He studied dramaturgy at the University of Oslo and creative writing at Telemark University College. Haugerud made his directing debut with the short 16 Living Clichés (1998). His first feature-length film, I Belong (2012), won four Norwegian Amanda awards and was nominated for the 2013 Nordic Council Film Prize. His following film, I’m the One You Want – a 53-minute monologue – was released in cinemas in 2014.

Yngve Sæther (born 1964) is one of Norway’s most prominent producers, with more than 30 films and TV dramas to his credit, many receiving international accolades. He joined the production company Motlys in 2001 as a producer and head of development and has enjoyed long-standing creative collaborations with directors such as Arild Andresen, twice nominated for the Nordic Council Film Prize for The Man Who Loved Yngve in 2008 and The Orheim Company in 2012. Sæther also produced Joachim Trier’s internationally acclaimed film Oslo, August 31st, which had its world premiere at the 2011 Cannes Film Festival’s Un Certain Regard and was nominated the same year for the Nordic Council Film Prize.