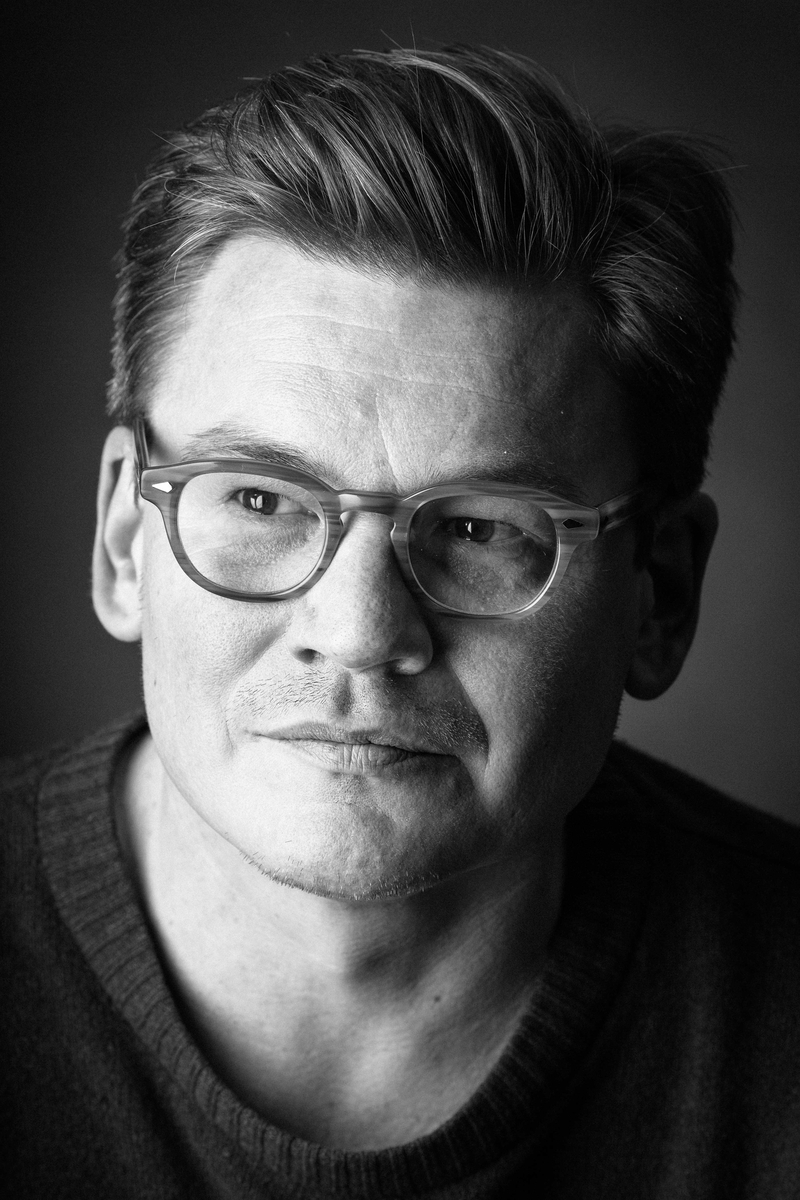 Ten years after his last book, Bjørn Esben Almaas returns with Den gode vennen (in English, “The good friend”, not translated) – a beautiful, nervous, and clear-cut piece of literature, a novel that could be argued to gently derive its energy from such non-Nordic literary masters as Patrick Modiano and Emmanuel Bove. It is in this vein that Almaas has gone his own way since his debut in 2001.

The novel opens: “Into the dim light between the shelves appears a man.” And ends: “He soon disappears behind a green hedge and so is no longer visible.”

In Almaas’s latest release there flows an undercurrent that depicts a childhood, but it is not a nostalgic or bittersweet deconstruction of the past, nor is it a mollified portrayal of an upbringing. Den gode vennen is, rather, a harsh and agonising account, a relentless message of recurring anguish, of suffering, and of evil.

Although the structure of Den gode vennen as a novel is seemingly simple, it often utilises a successful compositional strategy in which even complex forms appear to flow effortlessly. In fact, there is a unique unpolished condensation in the very syntax of Almaas’s story.

Almaas has written a restrained yet equally deeply engrossing novel about a child’s miserable circumstances, about persistent and hidden suffering, and about the shortcomings of adults. The story of a trauma, one might call it.

Den gode vennen reveals the events of the childhood in reverse, while the adult man’s life – the present-day family life – billows and rolls forwards with all the dramaturgical pressure of a classic crime novel. With his sure grasp of this intersecting trajectory, Almaas shows that he has developed a style of writing with a unique sense of refinement.​​​​​​

Den gode vennen is a disturbing report of a miserable upbringing, but it also contains a wistful intensity – an intensity that only truly good literature can bestow upon us.