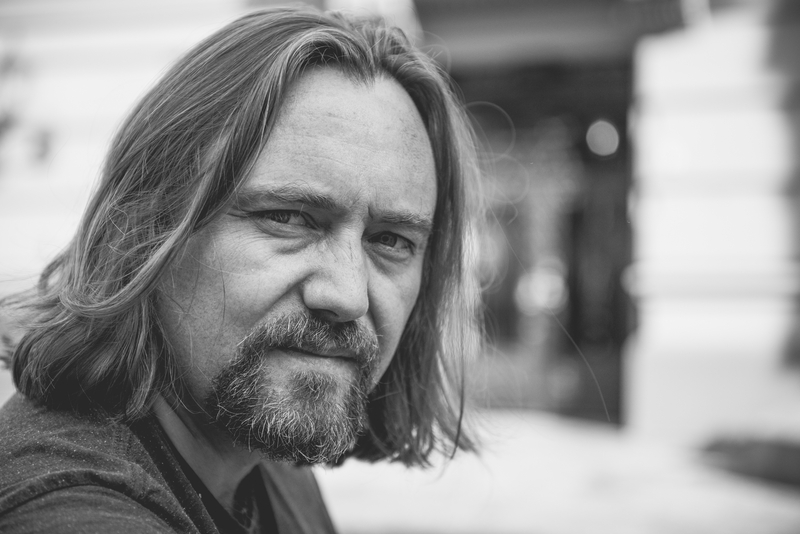 Carl Frode Tiller is following up his Encircling trilogy (Graywolf Press, 2016) – a major work of 21st century Norwegian literature – with a novel in which he applies his advanced narrative structures to completely new matter. Begynnelser (in English: “Beginnings”) opens with Terje, an environmental consultant specialising in the protection of biodiversity, in hospital following a suicide attempt. From there the story is told backwards, taking the reader on a journey back in time to events big and small that appear to constitute possible beginnings to the various lives that Terje could have had and the roads he could have taken that have nevertheless shaped who he is. Tiller is one of the few that seem to take Søren Kierkegaard’s words literally: “Life must be lived going forwards, but understood going backwards.”

Terje’s mother and sister gather around Terje, both figuratively at his bedside and in a more transcendent sense as they are joined by his teenage daughter and former wife. While looking back, the pressure of close relationships has an almost claustrophobic power. Step by step we follow Terje back in time, witnessing his passivity and the smouldering anger he feels for anyone who, in his eyes, misunderstands him and wrongs him, back through a marriage filled with love and strife, back to his bitter relationship with a mother who seems out of control. But Begynnelser is especially interested in portraying the emotional tumult of being misunderstood, and all of the novel’s characters seem to share in the blame in different ways. In masterful dialogue, Tiller reveals the spectrum of emotions that can be hidden in the most everyday of encounters.

Perhaps as a counterweight to his upbringing, Terje has chosen an idealistic profession as a municipal environmental consultant. In nature he sees a purity that doesn’t exist in the human context he is used to and which he considers to be poisoned. But fighting for nature is anything but simple. In the novel’s own prose, the beautiful sounds of the imaginative Norwegian words humans have granted to natural species – sørleg tinderublom, lønnekveldsfly, munkerabarbra – contrast with our negligence towards the same organisms in other contexts.

In the ecological interaction that Terje has studied, cause and consequence are not always immediately apparent. A slight change in the habitat of a species, a shattering of the balance between two organisms, can have unimaginable consequences somewhere else in the food chain. Is it the same for people? The troubles in Terje’s family and the difficulties they face in changing their everyday habits add a sombre tone to the complex web of human motives behind decisions that have extensive future consequences for flora and fauna.

Is total destruction inevitable, or can it be avoided? Can different choices be made, or has the outcome already been determined by decisions made decades ago? In the tapestry of Tiller’s novel, difficult questions are answered with an understanding of the complexity of the social and natural systems that govern our lives and of the interaction between these systems. The fact that Terje’s own life, despite it in many respects having taken a far more “constructive” direction than it clearly could have done, leads to a suicide attempt, itself demonstrates that no answer can be taken for granted.

“We humans ought to extend our ‘love thy neighbour’ stance, I thought. We ought to live so that the other species miss us once our own species has left the planet,” Terje thinks at one point. Although there is little in the novel that indicates that Terje or his surroundings have reached their goal, the novel employs literary skill and complexity to suggest that man-made problems can and must be solved by humans themselves in a way that puts acute environmental issues on the agenda.