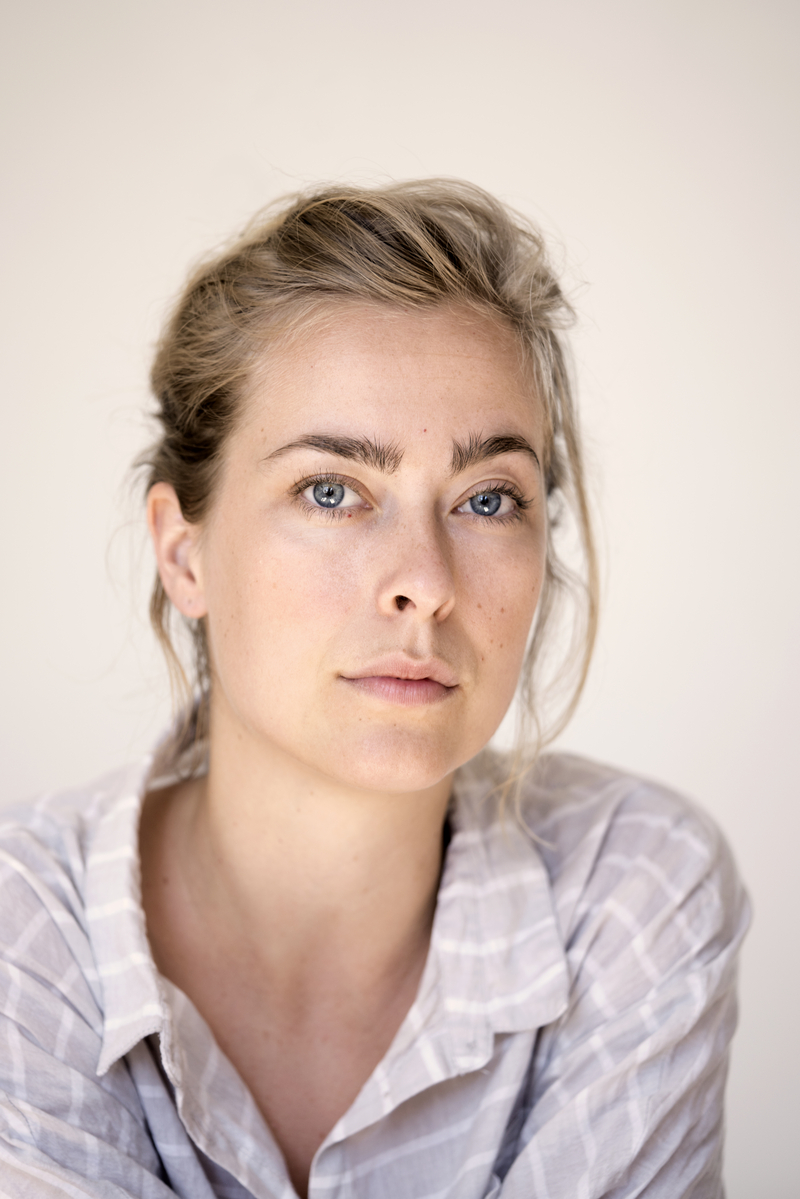 Caroline Albertine Minor’s third work of prose, Velsignelser (in English: “Blessings”), is about the most difficult of existential situations, in which the grief and desperation upon the loss of another person threaten to overwhelm and wipe out everything. But it is also about the miraculous moments when light can be seen at the end of the tunnel, moments that come when somebody, often a random person, holds out their hand and shows us the way out of the darkness. In the course of these seven short stories, we meet people left powerless after an unbearable loss – a loving young mother who loses her husband to a brain injury, a mother whose daughter commits suicide, and a daughter ignored by her dying father. These are all situations of extremely complex feelings, such as loss, pain, anger, shame, grief, and loneliness, that we don’t usually have words for, just as we are rarely able to describe the blessed but often unremarkable moments when another person, say a priest or neighbour in the case of these short stories, brings those struck by crisis or torment back to life. Minor’s consistent, precise, and gripping portrayals are masterful at giving words to these morasses of emotion.

The way the seven stories are interspersed in arabesque form resemble neither classical stories of formation and creation, nor the systematically structured novels of postmodernism, rather they resemble life itself, whereby each story pulsates with a life of its own, but is also linked to the lives of the other stories. The reason Velsignelser forms a whole isn’t just that a number of the same people crop up in a number of stories but also that all the texts exhibit the same conspicuous ability to depict mental conditions with their wealth of nuances in a style both clinically clear and marvellously suggestive.

Minor’s literary imagery is in a class of its own; it is never superficial or ornamental, and, like a probe, it penetrates to and expresses the deepest points of pain. In the story of the young mother whose husband has mentally disappeared from her following a car crash, we hear: “Glimpses of the past came to him, and I did what I could to hold onto them, connect and expand his islands of clarity. My hope was that a coastline of memories would arise in him like the one that arose in me.” In the story of the au pair girl hanging from a fig tree following a relationship with an unscrupulous married man: “As always, his wickedness is unexpected and refreshing, a dolphin fin that pops up and breaks the smooth surface of the personality.” In the story of the young woman with an infant who loved and had a relationship with her husband’s best friend but then took an overdose: “The feeling that nothing really existed that had grown in me all morning now unfurled like a flower in my mind.”

There are cruel, unbearable, dark, shameful, fearful, and painful feelings at play in the seven stories, but after the experience of loss, loneliness, failure, grief, and lack of direction, there are also hope, friendship, love, compassion, and new horizons. Minor succeeds in depicting all this in her elegant, passionate, and unusually beautiful prose. Velsignelser has the potential to be one of the foremost works of Danish short prose in recent decades.