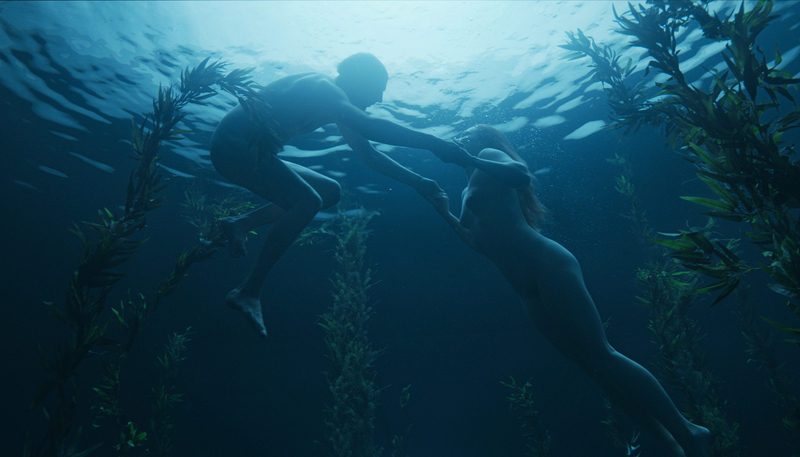 Jukka-Pekka Valkeapää is a natural-born filmmaker. In crafting his worlds, each and every aspect of cinema is utilised. Dogs Don’t Wear Pants is all about the ability to recover from the loss of a loved one. It is also a deeply romantic yet unconventional love story. Instead of offering an easy way out, Valkeapää dares viewers to comprehend the hidden parts of the human mind.

J-P Valkeapää (born 1977) studied film direction at the Department of Film and Television of the University of Art and Design, Helsinki. His debut feature, The Visitor, developed at Cannes’ Cinéfondation, had its world premiere at Venice Days in 2008 and won Göteborg’s Dragon Award Best Nordic Film in 2009.

Valkeapää’s second feature film, They Have Escaped, screened at Venice and Toronto. It has won four national Jussi awards, including Best Film and Best Director, and was nominated for the 2015 Nordic Council Film Prize. His third feature film, Dogs Don’t Wear Pants, had its world premiere at Cannes’ Directors’ Fortnight 2019. It won Best Film at Austin Fantastic Fest and at SITGES – International Fantastic Film Festival of Catalonia.

Juhana Lumme is a screenwriter, author, filmmaker, and comic book artist. He graduated with a Master of Arts from the University of Industrial Arts and Design Helsinki. His practice film, High Hopes by Mazdak Nassir, won Best Film at the Tampere Short Film Festival, and his graduation script for J-P Valkeapää’s Dogs Don’t Wear Pants had its world premiere at Cannes’ Directors’ Fortnight.

Aleksi Bardy (born 1970) is a seasoned writer, director, producer, and founder and CEO of the prominent production company Helsinki-filmi.  As producer or executive producer, he has worked on more than 55 pieces of fiction, documentary films, and television series, many of which have been acclaimed at home and internationally. He has established close collaborations with Dome Karukoski (Tom of Finland) and JP Siili (Ganes) and produced J-P Valkeapää’s three films The Visitor, They Have Escaped, and Dogs Don’t Wear Pants.

Most recently he produced Pamela Tola’s box office hit Ladies of Steel, was executive producer of the Danish/Norwegian television series Between Us, and co-produced Viaplay’s hit Swedish series The Machinery. His next major film as a producer is Zaida Bergroth’s biopic Tove.  As a screenwriter, Bardy has worked on television series including MTV3’s successful show Secret Lives (1999) and C More/TV4-StudioCanal’s Moscow Noir (2018). He wrote the screenplay for Aku Louhimies’ Restless (2000) and some of Dome Karukoski’s most acclaimed features, such as Forbidden Fruit (2009), Heart of a Lion (2013), and Tom of Finland (2017).

Helen Vinogradov, born in Estonia in 1987, graduated from the Baltic Film and Media School and studied producing at Helsinki’s Aalto University Film School. She was artistic director for Tallinn’s short film festival Sleepwalkers and has produced numerous commercials, music videos, and shorts.

In 2014 she began collaborating with Helsinki-filmi as an assistant producer and at the same time established the production company Vincent Films in Estonia.

In 2018 she joined Helsinki-filmi as an in-house producer. She was assistant producer for Zaida Bergroth’s Miami and Dome Karukoski’s Tom of Finland and executive producer of the series The Activists (2019) and The Machinery (2020) and the film hit Ladies of Steel. J-P Valkeapää’s Dogs Don’t Wear Pants is her first feature-length film as a producer.