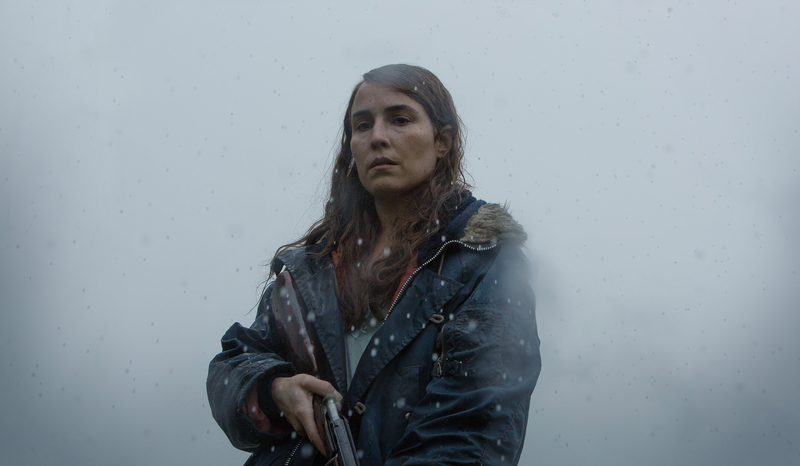 Photographer
Go to Sheep
Mail Facebook Linkedin Twitter
The film “Lamb” from Iceland has been nominated for the 2022 Nordic Council Film Prize.

Lamb is a supernatural drama about an Icelandic couple who live with their herd of sheep on a beautiful but remote farm. When they discover a mysterious new-born on their land, they decide to keep it and raise it as their own. This unexpected development, and the prospects of a new family, brings them much joy before ultimately destroying them.

In a unique and darkly menacing fashion, LAMB combines Iceland‘s tradition of pastoral cinema and the literary heritage of the folk tale. Working within these parameters, the director adds a rich layer of religious symbolism and aspects of the kammerspiel to create a unique tale of wonder, loss and horror. As certain aspects of the narrative unfold, the film presents a world where human definitions and desires are exposed as suspect and ordinary life appears alien.

The animals’ sensitivity to the slightest disturbance in their surroundings is effectively used to create a sense of underlying threat, magnificently underscored by a constantly attentive yet unobtrusive camera and an eery soundscape.

The film is both a disturbing and original cinematic experience in its take on human interaction with nature and its consequences.

Sigurjón Birgir Sigurðsson (known as Sjón), is an Icelandic poet, novelist, lyricist, and screenwriter, born in 1962. As well as writing the screenplay for Valdimar Jóhannsson’s Lamb, which had its world premiere at Cannes’ Un Certain Regard 2021, his most recent work includes the US blockbuster The Northman, co-written with director Robert Eggers.

He is currently working on a screen adaptation of Hamlet with Ali Abbasi (Holy Spider, Border). In 2001 Sjón received a joint Oscar nomination with Lars von Trier and Björk for the lyrics of the film Dancer in the Dark. A film enthusiast from an early age, he has served as a jury member for the Nordic Council Film Prize. Sjón’s novels and collections of poetry have received numerous awards, including the 2002 Nordic Council Literature Prize for the novel The Blue Fox.

Valdimar Jóhannsson was born in 1978 in Iceland. He has been active in the Icelandic film industry for two decades, as a leading crew-member both in Icelandic films as well as larger service productions. He attended a PhD programme at Béla Tarr’s Filmfactory in Sarajevo, working with mentors such as Tilda Swinton, Gus Van Sant, and Carlos Reygadas. After a few short films, he made his feature length debut with Lamb, selected for Cannes’ Un Certain Regard where it won the Prize of Originality. The film was selected as Iceland’s Oscar entry in 2022.

Hrönn Kristinsdóttir was born in Reykjavík, Iceland. She is the owner and CEO of the production company Go to Sheep. Kristinsdóttir studied Literature and Theatre Studies at Berlin’s Freie Universität, and film at Columbia College, Hollywood. She has line-produced numerous productions including the film Thicker than Water and the series The Cliff. Her production credits comprise Summer Children by Guðrún Ragnarsdóttir and the multi-award-winning Lamb by Valdimar Jóhannsson.

Kristinsdóttir is one of the founding members of WIFT in Iceland, and served as juror for the Nordic Council Film Prize from 2005 to 2007.

Sara Nassim was born in Iceland to an Icelandic mother and a Persian father. She graduated with an MFA in production from the American Film Institute in Los-Angeles, and has held various positions in the film industry, from production co-ordinator on the Iceland unit of HBO’s Game of Thrones and Darren Aronofsky’s Noah, to line producer on the Icelandic films Heartstone and The County. She has produced Valdimar Jóhannsson’s feature debut Lamb which had its world premiere at Cannes’ Un Certain Regard in 2021. Nassim was also nominated for a Grammy in 2018 for the music video Mumbo Jumbo by Tierra Whack that she produced.