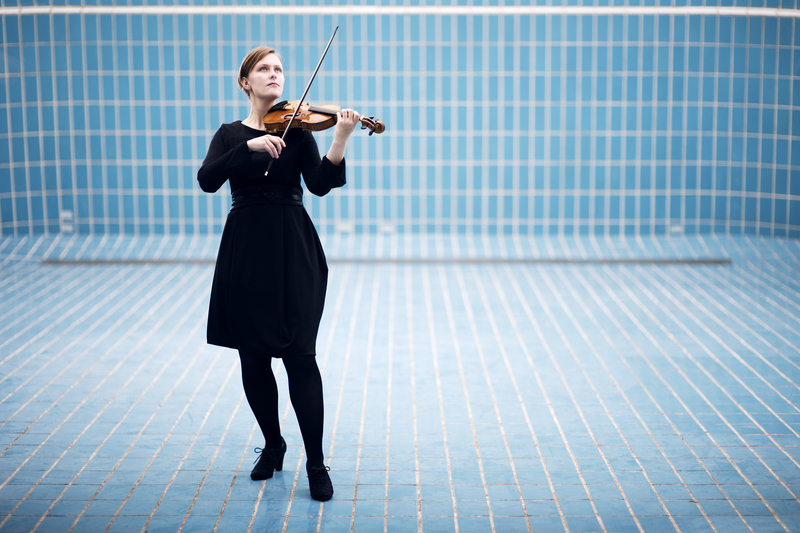 Icelandic violinist Elfa Rún Kristinsdóttir (1985–) first came to international prominence in 2006, when she took the Grand Prize, Audience Prize and prize for the youngest finalist in that year’s International Bach Competition in Leipzig. The same year, she was granted the Pro Europa Incentive Award by the European Foundation for Culture. Kristinsdóttir has also been a finalist for the Norwegian Soloist Prize and was nominated for Performer of the Year at the 2012 Icelandic Music Awards.

After growing up in her native Iceland, her studies took Kristinsdóttir to Germany, where she studied first with Rainer Kussmaul in Freiburg, and later with Carolin Widmann in Leipzig. In 2006, she joined the newly formed Solistenensemble Kaleidoskop, based in Berlin, and became the orchestra leader in 2008. Her interest in early music led to her being noticed by Akademie für Alte Musik Berlin, where she is now a regular guest soloist and leader. She regularly performs in well choreographed concerts and theatrical productions, with collaborators including David Marton, Nico and the Navigators, and Sasha Waltz & Guests, and in musical events like Stargaze.

The innovative fusion of music from previous centuries with new and experimental contemporary music makes Elfa Rún one of the most outstanding young Icelandic musicians of the day.