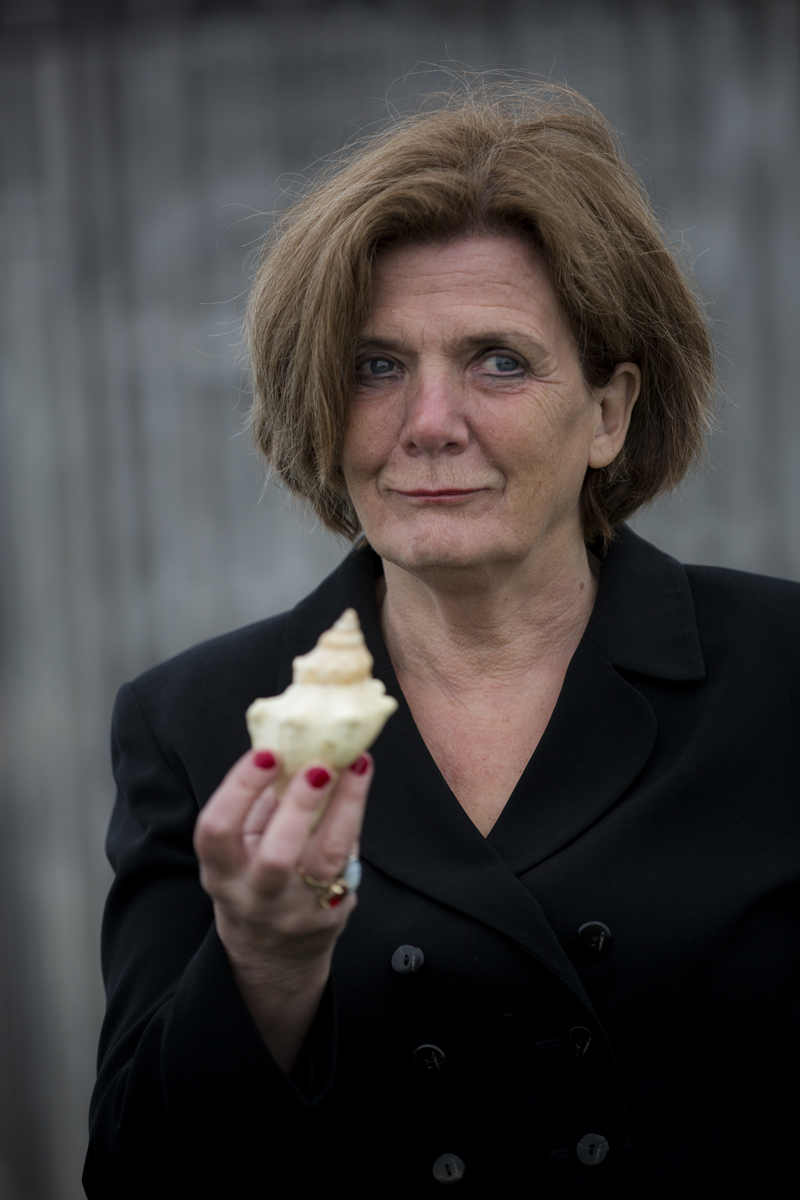 “Why doesn’t she leave him?” we might ask when we hear about a woman in an abusive relationship. Of another woman we might say, “Why did she get involved with him? He’s known for being violent.” But the answers to these questions are not straightforward. Elisabet Kristín Jökulsdóttir tries to answer them herself in her poetry collection Ástin ein taugahrúga. Enginn dans við Ufsaklettforsøger (in English “Love - a nervous wreck. No dancing at the fishing rock”), which in a sincere and candid manner tells the story of violence and love in a relationship.

Love is the answer. Or perhaps our longing for love, and the ways in which it hoodwinks us at the start. The protagonist in Jökulsdóttir’s poetry collection describes the development of the relationship from the first meeting, when she would like to believe that she is loved the way she is, without makeup or stylish clothes, to the point when she finally walks out of the ruins at the end of the relationship, having dumped her corset and stockings. The imagery is revealing and lifelike. We know these people, we’ve met them, perhaps even been in the same situation ourselves.

If he was in the same room, I was in love with him

if he was on the floor below, I was madly in love with him

if he was in another neighbourhood, I was on the verge of dying from love.

The collection of poems Ástin ein taugahrúga.Enginn dans við Ufsaklett is divided into three sections – courting, cohabitation, and separation – which together tell a powerful and gripping story, both sad and witty, like life itself. This is not about young people making approaches to one other – it is about adults who have a past, although the words of caution, past experience, and the bad omens do nothing to help them, but anything bad can be changed. But that doesn't matter right now. Omnia vincit amor. But before you know it, the grey figure of reality comes knocking on the door of the relationship, and the grief is painful when the relationship comes to an end, when, as the title says, no one is dancing on the fishing rock. But in spite of everything that went before, the longing for love is still strong, even if it is and has always been doomed.

Ástin ein taugahrúga. Enginn dans við Ufsaklett is an unusual collection of poems, free of self-pity and accusations – a straightforward description of a relationship which undoubtedly should never have occurred. The author’s naive pictures of vaginas give the book increased breadth and help to clarify the physical and indispensable side of the relationship, though many places are weighed down by pain and loneliness. The poet uniquely merges humour and agony, telling her story with such sincerity that it will long be remembered by the reader. All that remain are the deeply personal answers to our questions about love in abusive relationships.

Jökulsdóttir is from Reykjavik and was born in 1958. Her first poetry collection was published in 1989, and she has since released further poetry collections as well as novels for children and adults, short stories, and plays, and produced dance works and performances. In 2015, the poetry collection Ástin ein taugahrúga. Enginn dans við Ufsaklett won the Fjöru Prize (Iceland’s literature prize for women) and the newspaper DV’s readers’ prize. Jökulsdóttir publishes her books herself. She says this is the only way that she can decide everything with regard to the final design. She has not previously been nominated for the Nordic Council Literature Prize.