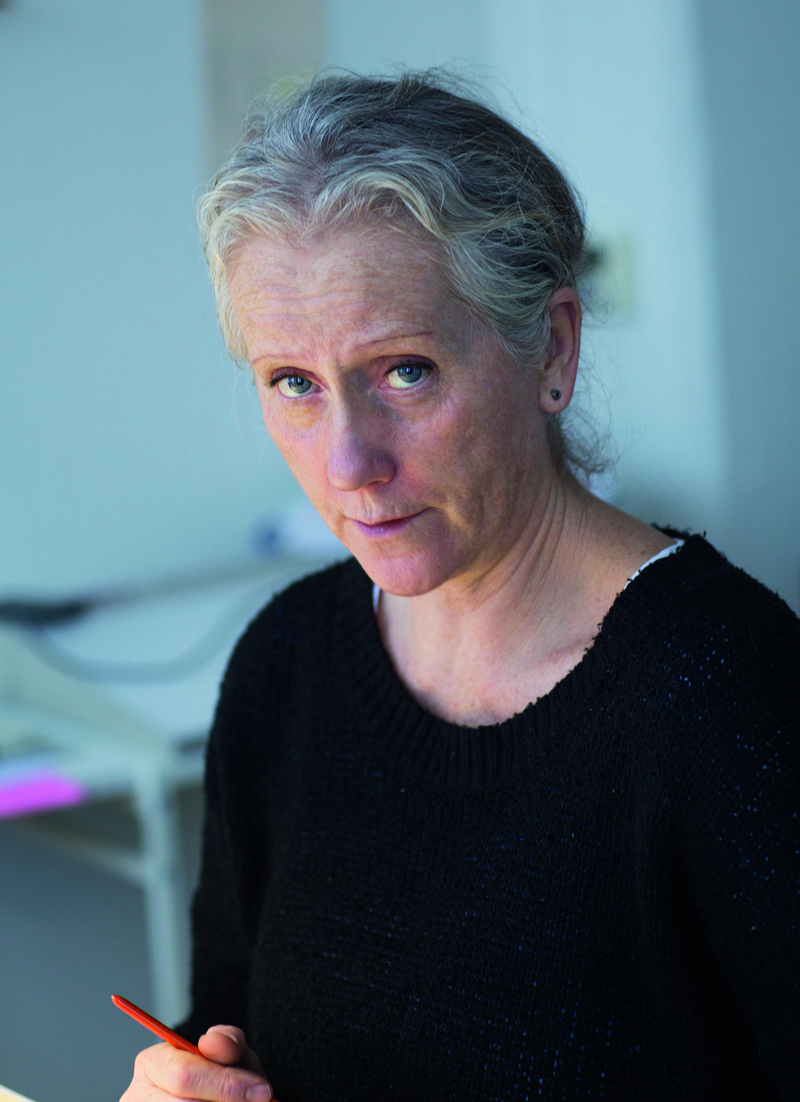 Eva Lindström's picture book Olli och Mo (Olli and Mo) (2012) is about a journey. Two people, called Olli and Mo, set off on a trip, but despite an atlas and binoculars, they get lost. Where are they? This question becomes almost philosophical.

On their journey Olli and Mo stop for coffee but have to wash the dishes because Mo has forgotten his wallet. When they are ready to go it is dark outside and the atlas is not much help. On the cover picture we only see a forest echoing the word desolate: “Where are we?” “Here somewhere.” “Where are we now?” “Here perhaps.” A conversation that could just as well be about the human existence.

Eva Lindström's pictures in grey-blue colour tones are evocative and the transparent, flowing gouache creates the feeling of a landscape under water. When Olli and Mo are at their most lost the perspective in the images dissolves completely. Leaves, flowers and seed pods extend over the pages from all directions and it is impossible to define what is up and what is down, a confusion that applies to the pictures and to the actual story. But eventually Olli and Mo land up at Maud's where they spend the night. And the next day Mo seems to have found the direction in their lives once more. They leave Maud's hoping to find their way home at last.

Olli och Mo can be interpreted in many ways. It can be a reflection of life's meanderings, an interpretation of the search for the meaning of life - or something quite different. Eva Lindström often creates stories that are ambiguous and only disclose their full meaning after a longer acquaintance.

Eva Lindström was born in 1952 and lives in Stockholm. She began her career as a comic artist and cartoonist, has illustrated several other authors' works but is most well-known for her comics. Her comics are often funny and clever as well as having an existential depth. Most have been published by Alfabeta Bokförlag. Eva Lindström has won several prizes and awards, for example, the Elsa Beskow Plaque (1995), Expressen's Heffaklump (2002) and En bok för alla's humour prize (2003). In 2011 she was the first to be awarded the newly-established comic book prize Snöbollen för Apan och jag and in 2013 she was awarded the August Prize for the illustrations for Ellen Karlsson's Snöret, fågeln och jag, after having been nominated eight times. As the only Swede, she was nominated for the international H.C. Andersen prize in 2014. Eva Lindström is one of the artists and illustrators who has had the greatest influence on the new generation of comic book artists we see emerging in Sweden today.