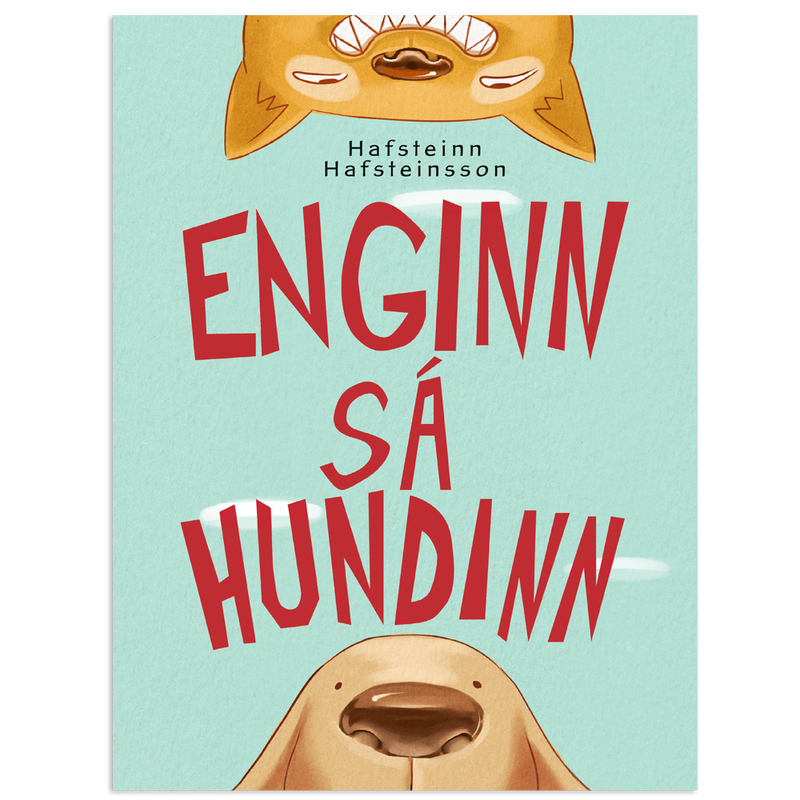 The main character and narrator in Enginn sá hundinn (“Nobody Saw the Dog”, English translation not yet published) is a canine. He was so warmly welcomed by the children who got him as a Christmas present – but the next year, the family all get tablets, and no one even sees him anymore. The dog tries everything to be noticed, but to no avail. He is very lonely, until he meets a funny cat, and they both try to get the humans to glance up from their gadgets. They try all kinds of tricks, but eventually admit that “you can’t compete with the humans’ love for those aluminium trays”. Eventually, they give up on people and sally forth on new adventures.

Enginn sá hundinn is a fun, inventive and satirical book, in which humans and animals swap roles. The humans are passive and self-absorbed, and neither see nor hear the animals, while the animals are warm and passionate, creative and active. In many ways, Hafsteinsson’s beautiful illustrations are reminiscent of 1940s comics and picture books. The colours are warm and soft, while the clean linework gives the dog and the cat more “humanity” than the people. Large and small images alternate in a compelling narrative flow. Bjarki Karlsson’s lively and energetic songs, reminiscent of rap lyrics, underline the good friends’ joy and sorrow. The book is extremely good and conveys an important message in a humorous way.

Hafsteinsson studied illustration at the Willem de Kooning Academie in the Netherlands. His works have featured in various exhibitions, but Enginn sá hundinn is his first book.

Bjarki Karlsson is a linguist, programmer and award-winning poet. His collection Árleysi alda (“Moment of Ages”, not translated into English) was the best-selling poetry book in Iceland in 2013.