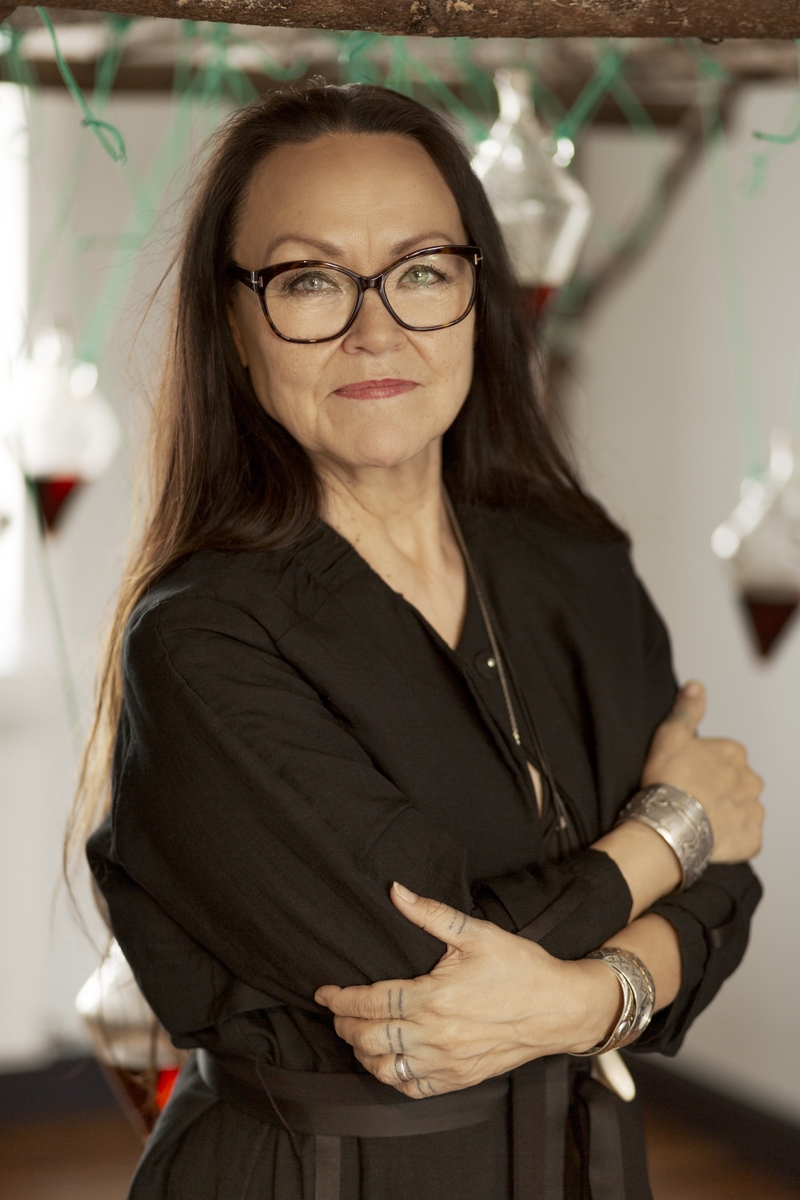 The poetry collection Arkhticós Dolorôs (2021) (not translated into English) brings together in an excellent way the themes that have occupied Kleemann for the past quarter-century: The abuse of nature by modern humanity, the loss of indigenous culture, and the struggle for a descendant of the Greenlandic Inuit to find a new identity in a modern, globalised present. Symbols, figures and objects drawn from Greenlandic culture are combined with similar objects from far away – in the same way that different languages, especially Greenlandic, Danish and English, are intertwined to form completely new spaces of meaning. In this way, the cultural mix is experienced both as a loss and as a creative invention that takes us to new and unexpected places. The text is saturated with emotion, not least pain and frustration – but out of the pain are born new meanings, images and words that challenge the reader to take part in the exploration of life’s conditions and existence that the poems set in motion. Central to Arkhticós Dolorôs is the suffering, melting Arctic. Jessie Kleemann was one of the first to reinterpret the myth of the Sea Mother as a modern symbol of pollution and environmental catastrophe. In Arkhticós Dolorôs, the figure is duplicated in the form of a “creature of the cold”, the inua of ice and glaciers – a soul or being whose pain is violently reflected back at human beings themselves. Kleemann thus shares with us the experience of an indigenous people of the fundamental dependence of mankind on the surrounding nature of which it is a part – interpreted in a late-modern, globalised present. That is why her texts resonate with so many, and have great Nordic and international potential.

The fact that Jessie Kleemann is a performance artist is evident in the texts’ use of the white space of the page, and in their mobile progression. It is about Arctic pain, the experience of colonisation, Greenland’s special geopolitical situation and, of course, global warming. These are definitely tough themes, but an irrepressible, teasing humour also bubbles up between the melting ice blocks of the texts – as the publisher aptly describes them in its presentation of the book.

Jessie Kleemann was born in 1959 in Upernavik, North Greenland, and is a trained actor and graphic designer. From 1984-1991 she was principal of the art school in Nuuk. Although Kleemann has not published many books, she is one of Greenland’s most important and most experimental writers. Her poems are included in many anthologies, and she has represented Greenland at many poetry festivals abroad. Filmmakers have used her poems as the basis for films: Arctic Ache (2014) directed by Diego Barraza, and Killerbird (2015) directed by Ivalo Frank. Outside Greenland, she is best known as a performance artist. However, there are usually one or more poems behind these performances, in which the artist invests her body to explore the themes that the poems investigate in rhythm and words. Kleemann published her first poetry collection in Greenlandic, Danish and English in 1997: Taallat – Digte – Poems.