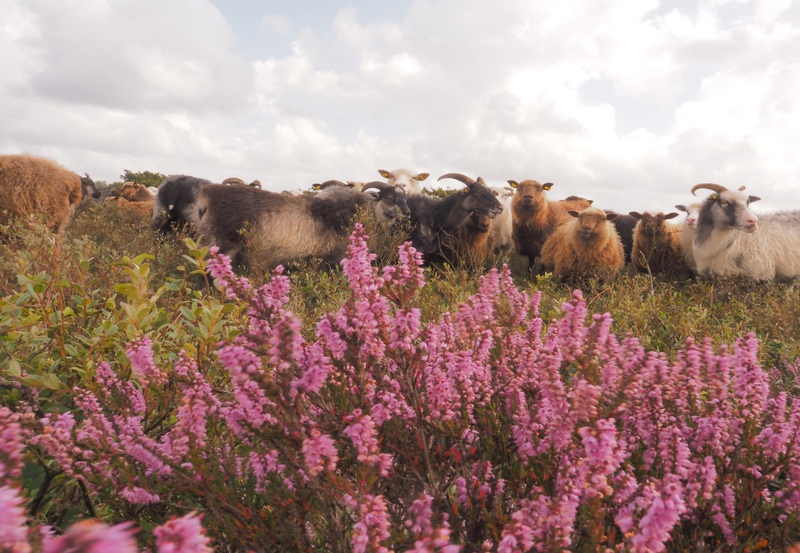 Lystbækgaard has been nominated for the Nordic Council Environment Prize 2020.

Lystbækgaard farm, with its 1000 ewes, is nominated for exemplary practical stewardship of coastal heathland, which is an endangered European cultural landscape. The heath is threatened by a lack of care and maintenance. By reviving historical practices such as heath burning and wandering shepherds, Lystbækgaard is helping to restore some of its biodiversity. The sheep here graze on plants that need to be controlled, such as beach rose (rosa rugosa), leaving more space for rarer species as well as niches for fungi, insects, birds and other animals.

Lystbækgaard takes on interns, trainee shepherds and young people who want to learn about the nature and culture of the heath, and performs outreach work with groups ranging from kindergartens and schools to busloads of tourists. Over the last 30 years, the farm has specifically bred Nordic sheep and goats for the purpose of maintaining the heath. It has also developed and tested methods for creating diversity in the landscape, such as moving night paddocks and grazing areas and controlled burning of the heath in the spring.

All of this work has created a sustainable model that can be scaled up and has the potential to increase biodiversity in the many cultural landscapes threatened by overgrowing or intensive farming.

Lystbækgaard works closely with partners across the Nordic Region and around the North Atlantic – including Iceland, Norway, Sweden and Germany – to share knowledge and inspire others to understand the heath and its nature as a magnificent but endangered cultural landscape.

Berit Kiilerich
Read more about Lystbækgaard
Contact information
Silja Elvarsdóttir
silja@nordichouse.is
Josefine Carstad
joscar@norden.org
(+45) 22 35 70 13
Nordic Council Environment Prize
The purpose of the prize is to raise awareness of environmental work in the Nordic Region.
How can we help you?
More