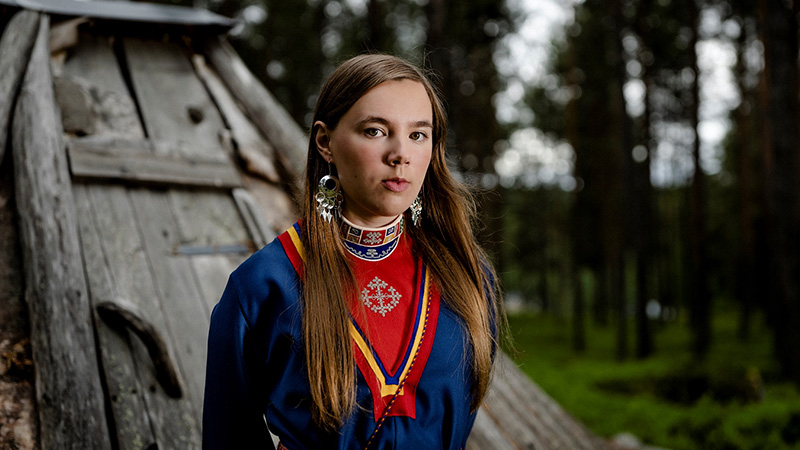 Are there any homosexual reindeer herders out there?

With that question, the tone is already set on the first page of Himlabrand (“Polar Fire”, not translated into English), an empathetic interpretation of love, with distress, doubt, and uncertainty, in which we can all recognise ourselves.  What makes it even more charged is that the main character, Ánte, is in love with his best friend, Erik. They’re both Sami reindeer herders. Ánte loves his life and wants to continue living it. He’s deeply rooted in it and doesn’t want to cut ties with the land, but the masculinity norm is strong. Some members of the older generation distance themselves from homosexuality, regarding it with contempt as it’s considered a taboo. Ánte struggles in an emotional chaos that leaves him confused and prone to hurting others.

This is a work deeply rooted in Sami culture and which shows different aspects of it, including the trauma inherited from a long period of oppression. Ánte finds a book with photos of naked Sami that were taken by a racial biologist. It turns out that some of these Sami are his relatives. The oppressors wanted to decide what they would be like – and now some of the older people around Ánte won’t let him be who he is.

More than a heated love story, Moa Backe Åstot has given the work additional dimensions. She is herself a Sami from a reindeer-owning family, so it’s no coincidence that the reader finds her descriptions both credible and authentic.

Through her stories, she wants to offer new perspectives on both Sami culture and Sami identity. In this debut novel, she does so brilliantly.