Skip to main content
Mail Facebook Linkedin Twitter
The Adjudication Committee has named 12 musicians, singers and ensembles who are contenders for the Nordic Council Music Prize 2013. The nominations are: 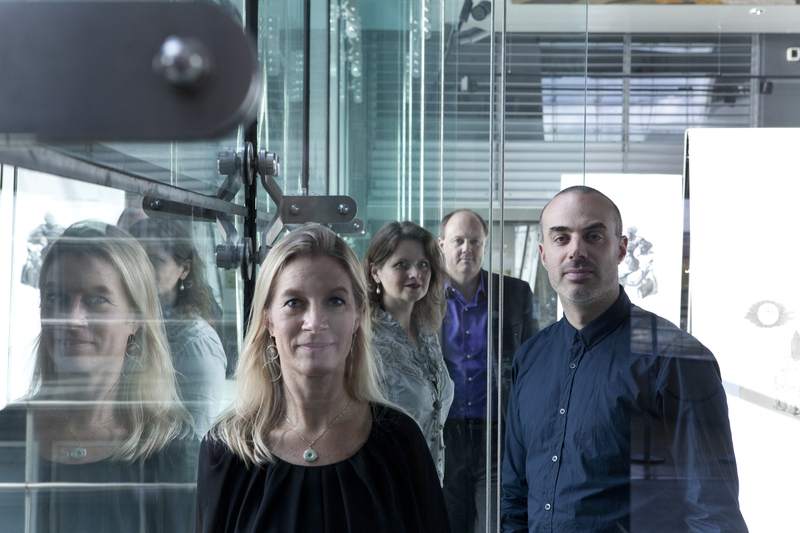 Grammy winner Theatre of Voices is one of the most prominent vocal ensembles in Europe. TOV present a bold and original repertoire with a tremendously high cultural and technical strength. The current repertoire spans from the earliest polyphonic music to today's great Danish and foreign composers; Stockhausen, Berio, Pärt, Reich, Bent Sørensen and Gudmundsen-Holmgreen. Awarded a Grammy in 2010 for David Lang's H.C. Andersen work "The Little Match Girl Passion", written especially for TOV. Their concert with this work sold out at the Carnegie Hall in 2012. At Stockhausen's request TOV opened the prestigious "Berliner Festspiele" in 2008 with his rarely performed work "Stimmung". TOV work with some of the world's best instrumentalists, amongst others, the Kronos Quartet and the London Sinfonietta, most recently with concerts for Pelle Gudmundsen-Holmgreen's 80th birthday. Founded in 1990 by artistic director Paul Hillier, permanently established in Denmark since 2004. 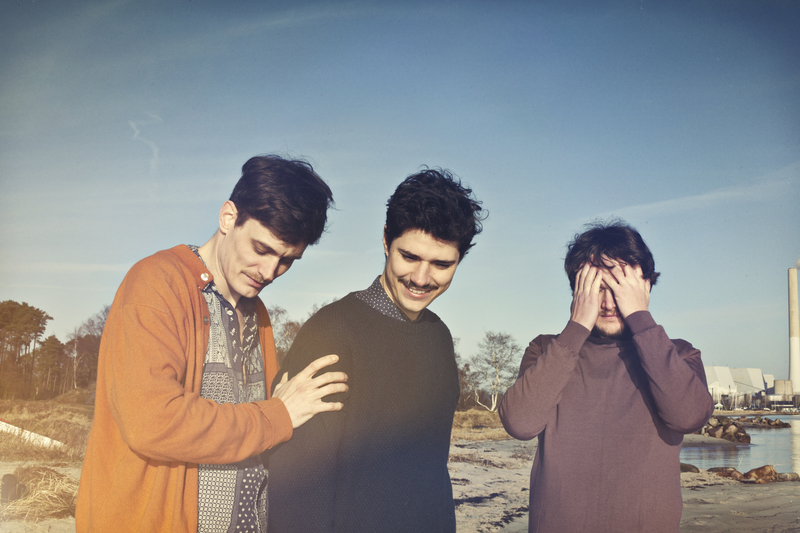 This progressive, ambitious and imaginative ensemble - described as “Denmark's experimental alternative pop pioneers” by the prestigious British label 4AD - is praised by the both the Danish and the international media. In the 12 years the band has existed it has time after time redeemed major projects, both in recordings and performances. Efterklang has toured extensively all over the world and is particularly recognised for its impressive integrated orchestral productions. In 2012 Efterklang held a magnificent world premier of their fourth and critically reclaimed release of "Piramida" in Utzon's Opera House in Sydney with the Sydney Symphony Orchestra. The group has also performed its works internationally and in Denmark with the Danish National Chamber Orchestra, the Copenhagen Philharmonic Orchestra, the Britten Simfonia, the Swedish Radio Symphony Orchestra, the Wordless Music Orchestra in New York and others. Efterklang dares to think big, has built itself up from scratch and has maintained strong integrity all the way up the ladder. 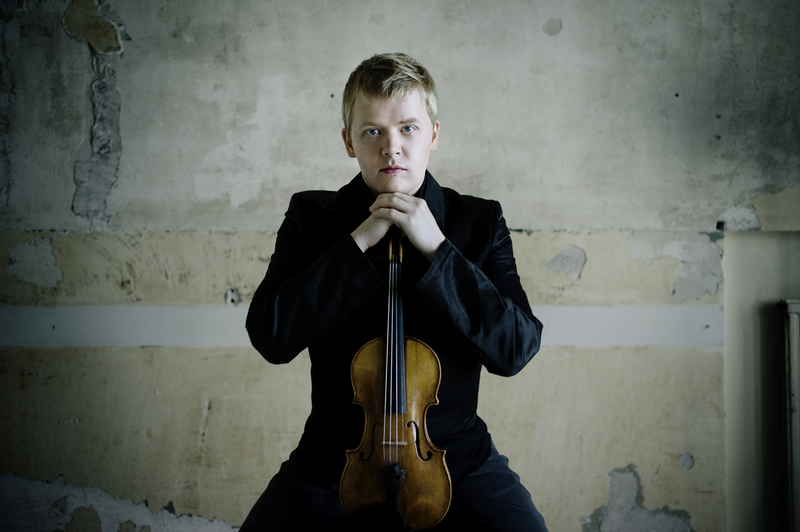 Finnish violinist Pekka Kuusisto is internationally renowned both as soloist and director and is recognised for his fresh approach to the repertoire. Pekka is also a strong advocate of new music. He regularly collaborates with contemporary composers and in the 2012/13 season, will perform the world premiere of Sebastian Fagerlund’s Violin Concerto, written for him and commissioned by the Tampere Philharmonic Orchestra. Pekka continually seeks to collaborate with people across the artistic spectrum, working on new interpretations of existing repertoire alongside original works. Pekka has enjoyed a number of prestigious residencies, including at the Aldeburgh Festival and most recently at the Concertgebouw’s Robeco Zomerconcerten in 2012. His most recent CD features the complete works for violin and piano by Einojuhani Rautavaara with Paavali Jumppanen (for the Ondine label). “Pekka Kuusisto’s rare gift is to become rather than perform the music he plays”. The Guardian 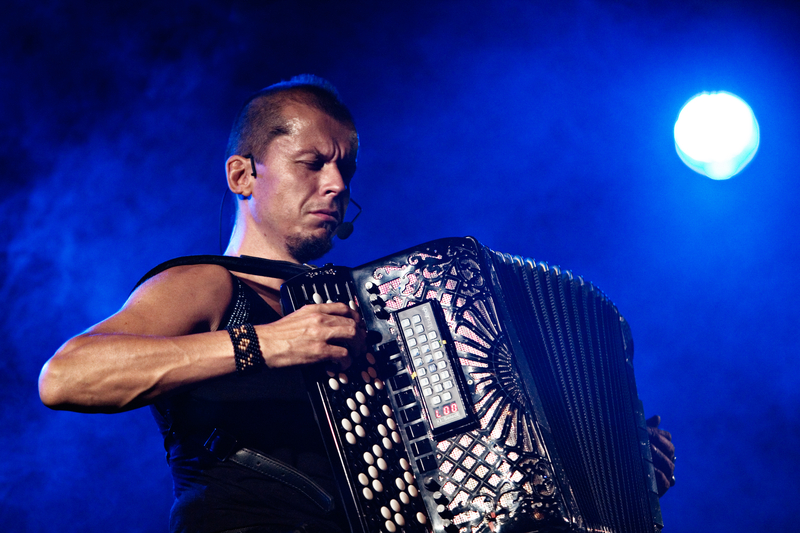 Kimmo Pohjonen is regarded as one of the world's most adventurous accordion players.  An accordionist and composer of exceptional ability and imagination, Kimmo’s musical history goes back more than 20 years in rock, folk, avant-garde, improvisation, classical, dance and theatre music projects. In 1996 he embarked on a solo career with his solo 5-row accordion project, featuring extreme and original compositions, live loops and effects, a dynamic and animated stage performance, orchestrated lights and surround sound. This show received instant massive worldwide critical acclaim at WOMEX Berlin in 1999. It has since been performed all over Europe, North and South America, Israel and Russia to unanimous critical raves. Pohjonen works in numerous projects including Kimmo Pohjonen Kluster with accordion sampling maestro Samuli Kosminen, Kronos Quartet, dancer Minna Tervamäki, the improvisation duo with French drummer Eric Echampard. 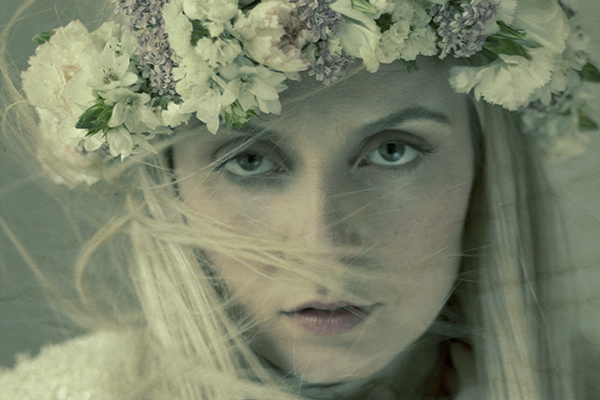 Eivør is a singer-songwriter who grew up in the little village Gøta.  Eivør has a very distinct voice and while her roots are in traditional Faroese ballads, she has an interest in a wide range of music genres, from rock, jazz, folk, pop, to European classical music. At the age of 16, she left school in order to dedicate all of her time to what she loved doing: singing and writing music. 11 years, eight solo albums and numerous awards later, she has become one of the brightest stars on the North Atlantic horizon. What makes her so special is not just her breath-taking voice, but the fact that her artistic abilities are expressed on canvas, in storytelling, poetry and composition. All this creative energy is reflected in a spellbinding presence and performance on stage, which has the ability to touch the innermost emotions in the audience. Her diversity and versatile expression are demonstrated in these two quotes: “Pure Viking goddess, deserves her own festival” (Charlie Ivens from Playlouder.com) and “Like she was pulled straight from a fairy tale” (Reykjavík Grapevine). 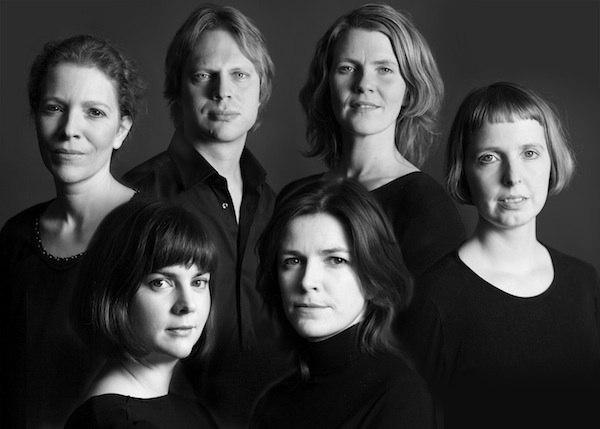 The chamber ensemble Nordic Affect was formed in 2005 to promote music from the 17th and 18th centuries as well as the performance of contemporary music. The musicians share the passion for viewing familiar musical forms from a different perspective as well as venturing into new terrain. Their performances in Iceland and on the Continent have ranged from the dance music of the 17th century to the exciting electronic compositions of today and have been received with great critical acclaim. Nordic Affect has performed for the Icelandic Broadcasting Service and the European Broadcasting Service. Their first CD, which consists of Apocrypha, a composition by Hugi Guðmundsson was nominated for an Icelandic Music Award and received the Kraumur Award in 2008. Their performances have been received with great critical acclaim and the group has been praised for their energetic and stylistic bravura. 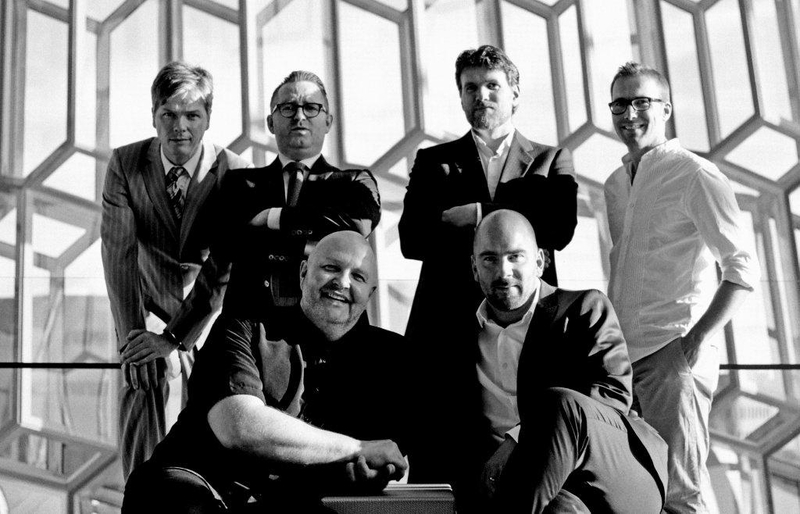 Their success was a complete surprise at the time. In 1983, when the song Garden Party went round the world, the four boys from Iceland had just come of age. Since then, MEZZOFORTE has been considered Europe’s most important fusion band. In 2012, the band celebrates its 35th anniversary and is still sparking all over the place. The new 'Islands' album documents the band's process of maturing musically and adds another gem to its discography. In 1996, the three founding members Eythor Gunnarsson, Johann Asmundsson and Gulli Briem expanded the band with the saxophonist Oskar Gudjonsson, in 2006 with the guitarist Bruno Müller and trumpet player Sebastian Studnitzky, adding new colour. This mixture of band history and fresh blood created new energy that has only grown in innumerable club and festival acts between Oslo and Tokyo, Cape Town and Moscow. 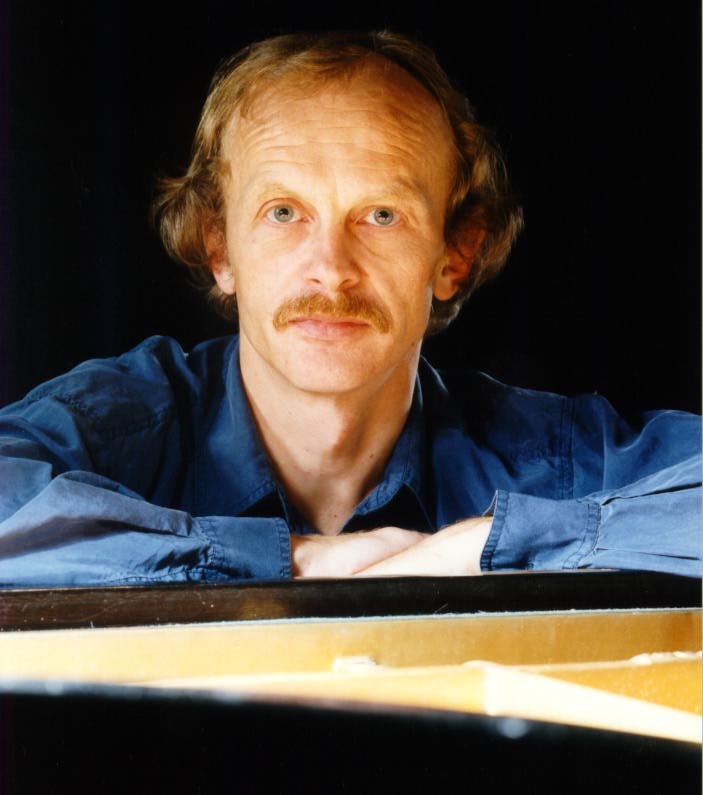 Håkon Austbø has shaped contemporary understanding of piano music from the 20th century. For almost 50 years he has been an influential international interpreter of composers such as Skrjabin, Messiaen and Debussy. He worked directly with Messiaen, has performed for the first time works by a number of living composers, played under conductors such as Haitink, Tabacknik, Eötvös and Jansons, and with ensembles such as Nieuw Ensemble, the Concertgebouw and the Ensemble InterContemporain. Austbø has recorded Messiaen for Naxos and the complete piano music by Debussy, Janacek and Grieg. Alongside his performing career he has guided several generations of students, amongst other for 15 years at the Conservatory of Amsterdam. Austbø is still active as a concert pianist and teaches in Stavanger and Oslo. 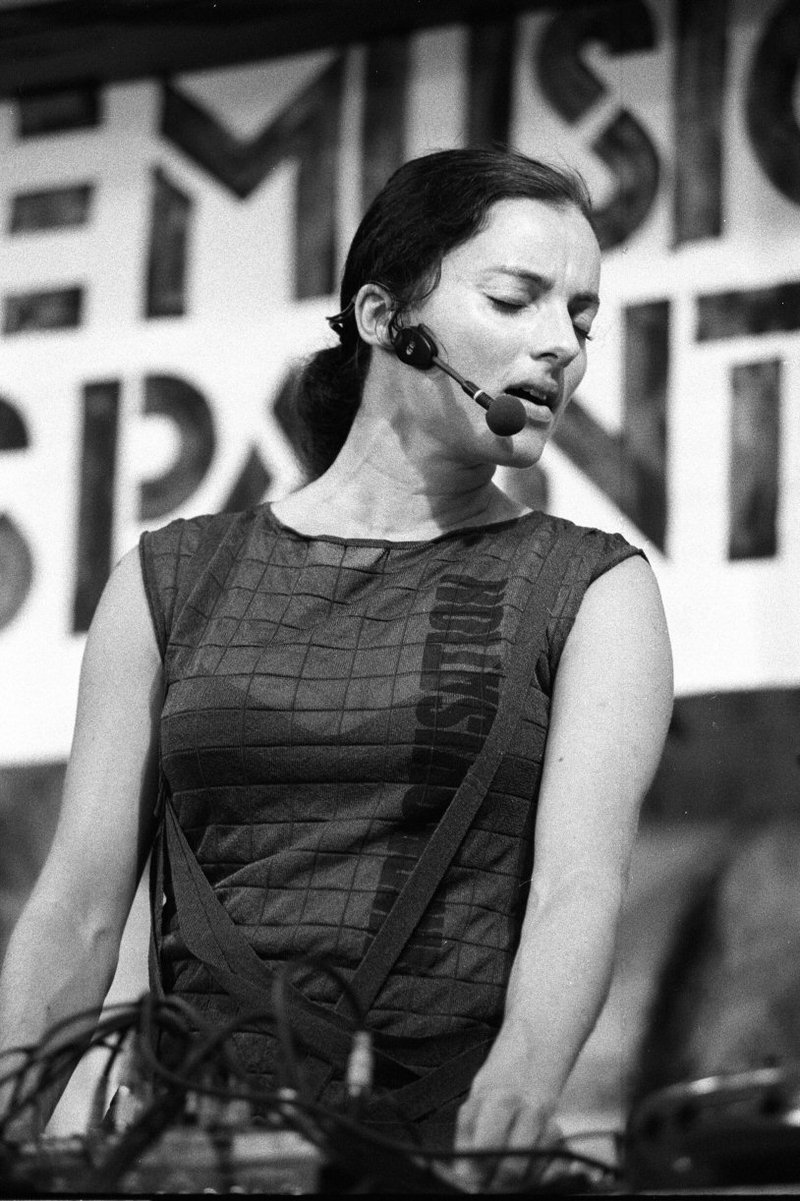 Maja S.K. Ratkje's music is met with credibility across established traditions, both by other artists and critics. To work live with her own voice is central to Ratkje's artistic work, whether she plays solo with electronics or records her voice in a composition as an improvisational vocalist. Ratkje made her mark internationally early on both as a performer and as a composer. Blind for genre boundaries, she has challenged the boundary between the performing and the creating in a way that created a school in her own generation when she was still a student. She has worked with everything from metal band, performers of modern jazz and new music, to an author like Elfriede Jelinek, and has gone entirely her own way in a musical practice which refuses to be labelled. 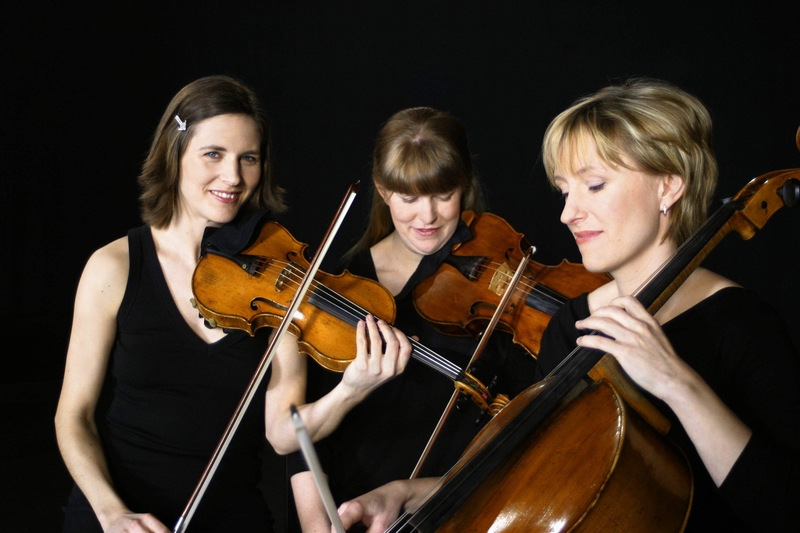 The string trio of Cecilia Zilliacus (violin), Johanna Persson (viola) and Kati Raitinen (cello) is Sweden's brightest and most creative chamber ensemble. Since it was founded in 1999, ZPR has shown unique perseverance and harmony within this genre. Besides the genre's obvious repertoire, ZPR has continuously expanded it with composition commissions and co-operation with often unexpected guest artists. It runs its own successful and popular series of concerts with active contact with the audience. ZPR is made up of three profiled artists and virtuoso soloists who have found each other in the best ensemble - which has made them the most Grammis-winning classical musicians. 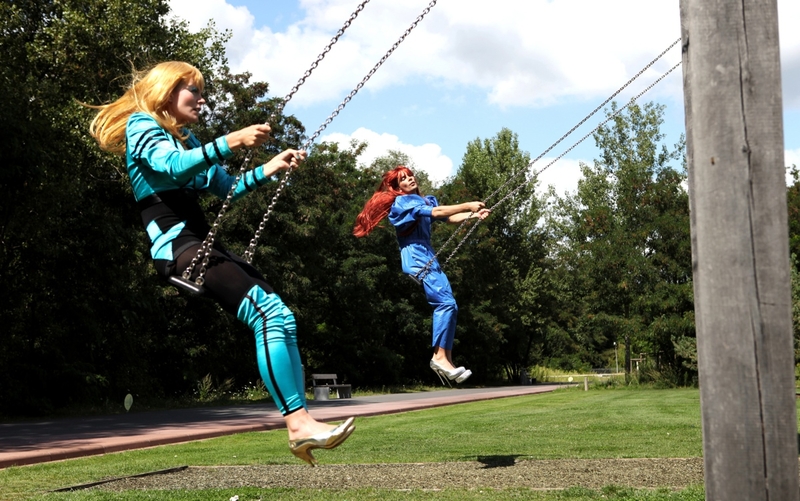 The Knife is the artistic alias of the Dreijer siblings who have played together since 1999. Electronica, which moves freely between vintage-synthpop and forward-looking electronic music, between art music and video art in an ever elusive masque. A razor-sharp artistic project, which they performed live on stage for the first time in 2006, after their major breakthrough with the album Silent Shout; rewarded with six (!) Swedish Grammies. In collaboration with the Danish group Hotel Pro Forma and the Icelandic Sounds Studio, the Knife created the well-known opera project Tomorrow, In A Year, based on Darwin's theory of evolution. The album was created in partnership between The Knife, Mt. Sims and Planningtorock. (The opera was performed, however, by the Danish performance group Pro Forma.) 2013 marked the release of a new, long-awaited album - Shaking the Habitual - and a major European tour for the Nordic Region's sharpest synth siblings, the Knife. 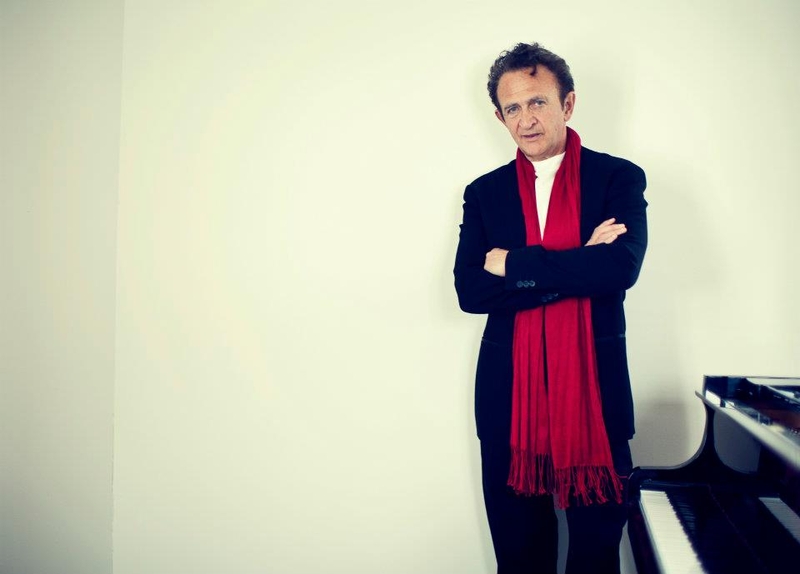 Born in St. Petersburg 1948. He began playing the piano at 5 years old, studied, amongst others, at the Rimsky-Korsakov Conservatory. His album debut was in 1971, and the CD sold millions. Worked in Finland 1974-83, where he taught, amongst others things, at the Sibelius Academy. He moved to New York in 1983, where he worked as a freelance pianist with New York's leading jazz musicians, including Dizzy Gillespie, Johnny Griffin, and Benny Golson. In the 1990s he moved to Åland and is today active in Åland, in Sweden and Finland with annual tours in Japan and guest performances in New York. Latest CD recorded in New York in 2012. While Vladimir has been one of the world's leading jazz pianists for decades, he is a great inspiration and asset to the Åland musical scene. In 2010 he received the Julius Sundblom Memorial Foundation's scholarship for: “... a musical achievement which outstanding musical writers describe as incomparable.” Vova is a cosmopolitan and a great name in Japan and New York, so the fact that he has chosen to live in Åland is in itself nothing short of a wonder. He raises both the quality and the pulse of the musical life in Åland.