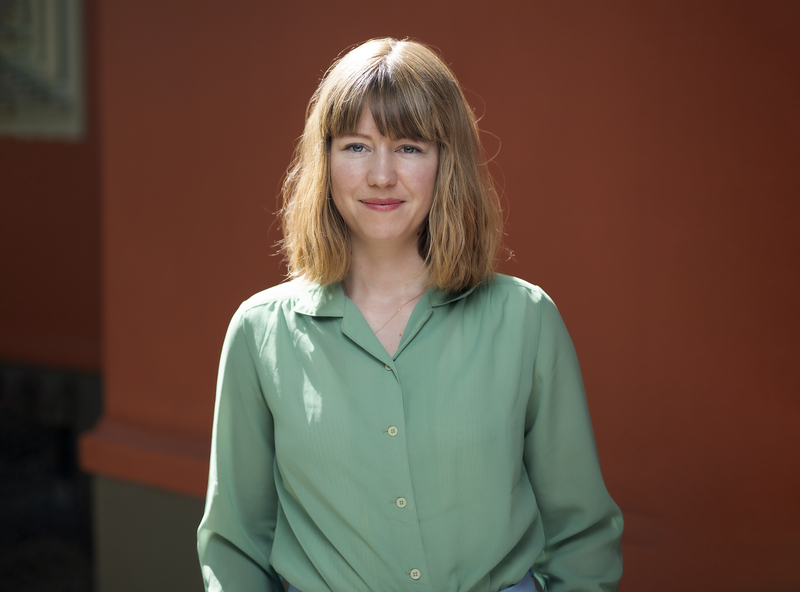 A month has passed since the terrible events of 22 July, and Rebekka and Fariba are about to start high school. Fariba has joined the AUF, whilst Rebekka is trying to understand just what happened in the government quarter and on Utøya. Her mother is a police officer, and her older brother, Joakim, is addicted to gaming and is constantly confronting his mother, who is trying to set some boundaries for him.

Rebekka meets Daniel, a boy who’s involved with the school magazine, and they fall in love. At the same time, she’s increasingly struggling with bad thoughts about the terrorist attack. How is she supposed to understand these incomprehensible events? In this graphic novel, Nora Dåsnes shows how an ordinary girl experienced the terrorist attack on 22 July.

Although Rebekka herself wasn’t directly affected by the attack, she still feels that what ensued was like an unprecedented situation, marked by confusion, fear, and unrest.

Dåsnes’ illustrations are executed in muted grey-blue colours with a soft and expressive stroke, and she manages to separate the different time planes using simple graphic markers. What happened on 22 July is drawn in red, her nightmares in black, and the spreads showing the flowers at the cathedral are almost overwhelming in their rich colours.

The observations are expressed in colloquial language and seem to be an authentic reflection of the time in question. The text is also enriched by Dåsnes’ incorporation of Rebekka’s internet searches in an attempt to find answers to what really happened, and by excerpts from speeches given by Norway’s King and Prime Minister.

Ubesvart anrop (“Unanswered call”, not translated into English) is a strong, credible, and nuanced work showing how the terrorist attack affected the entire Norwegian nation and not just those who were in the middle of the drama that took place on 22 July 2011.

NORA DÅSNES, born in 1995, is an author and illustrator who graduated from Kingston University in London. She debuted as a writer and illustrator with her 2020 graphic novel Ti kniver i hjertet (which translates as Cross my heart). For this work she received both Pondusprisen and the Norwegian Ministry of Culture’s prize for best comic.