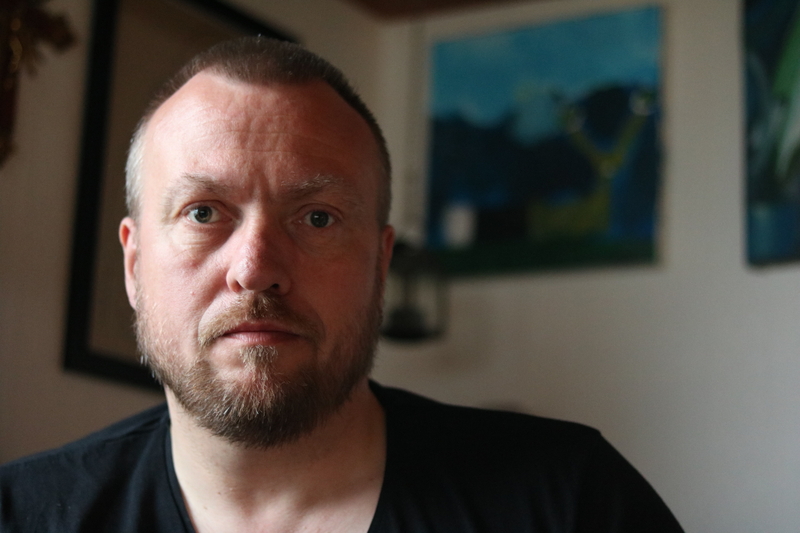 There is nothing very poetic about a brain tumour. However, the picturesque depictions in Oddfríður Marni Rasmussen’s novel about Janus, who witnesses his wife’s hopeless struggle against illness, are both raw and surprisingly graceful. It is the language that must hold onto the memories of the life that was. The novel is about love, despair, strength and powerlessness – and perhaps most of all about losing control. The tumour smashes into Elsa’s consciousness like a dark fist. The couple’s conversations are reduced to few words and rhymes. The illness is not aestheticised, but Elsa is determined to respond to its attack on her in her own way, and it is portrayed as a battle – also against the inadequacy of her husband. The inexorable deterioration is experienced as much more than just a description of deadly disease. Elsa loses her mobility and stands with her forehead leaning against the window, as though she wants to “throw herself across the town”, while her husband, Janus, holds on to himself and does not fall apart and drown in self-pity until after her death.

The point of view is that of the husband, Janus, whose moods alternate between a front of stupid wittiness, confusion and humility. For Janus is fragile, alcoholic, and rather self-absorbed, with dreams of being a writer that are never realised. It’s a question of finding the right words to hold on to memories, sensations and emotions. The gaze of Janus looks both forwards and backwards. He wants to write about what was. He is the one who tells the story – about his beloved, but mostly about himself, a somewhat difficult ‘I’ to get to know, human in his inadequacy. In doing so, the novel thematically reveals the possibilities and limitations that a narrator’s viewpoint provides. The style is light, rich in imagery and collage-like, and morphs into the surreal when tattooed Rósa moves in with Janus, who, alone and alcoholic in his apartment, can no longer distinguish between real experiences and dreams.

The two main characters are portrayed with authenticity. There is a magnetic presence in their way of relating to each other and the disease. This is Rasmussen’s fine double technique, in that the portrayal of love and illness is interwoven with the immediate reaction of the surviving husband and his attempt to describe the process and the dead person, searching in the dark to write upon the white, as it says at the beginning and end of the novel.

Oddfríður Marni Rasmussen (born 1969) graduated from the Copenhagen Writers’ School in 2000. In 2011 he qualified as a teacher, and now works in that capacity. He has made an impact as a poet and author of short prose texts, and as a writing teacher, translator and publisher of the Faroese literary journal Vencil. In 2019 he was awarded the Faroe Islands National Literature Prize for Ikki fyrr enn tá (in English, “Not Until Then”, not translated).