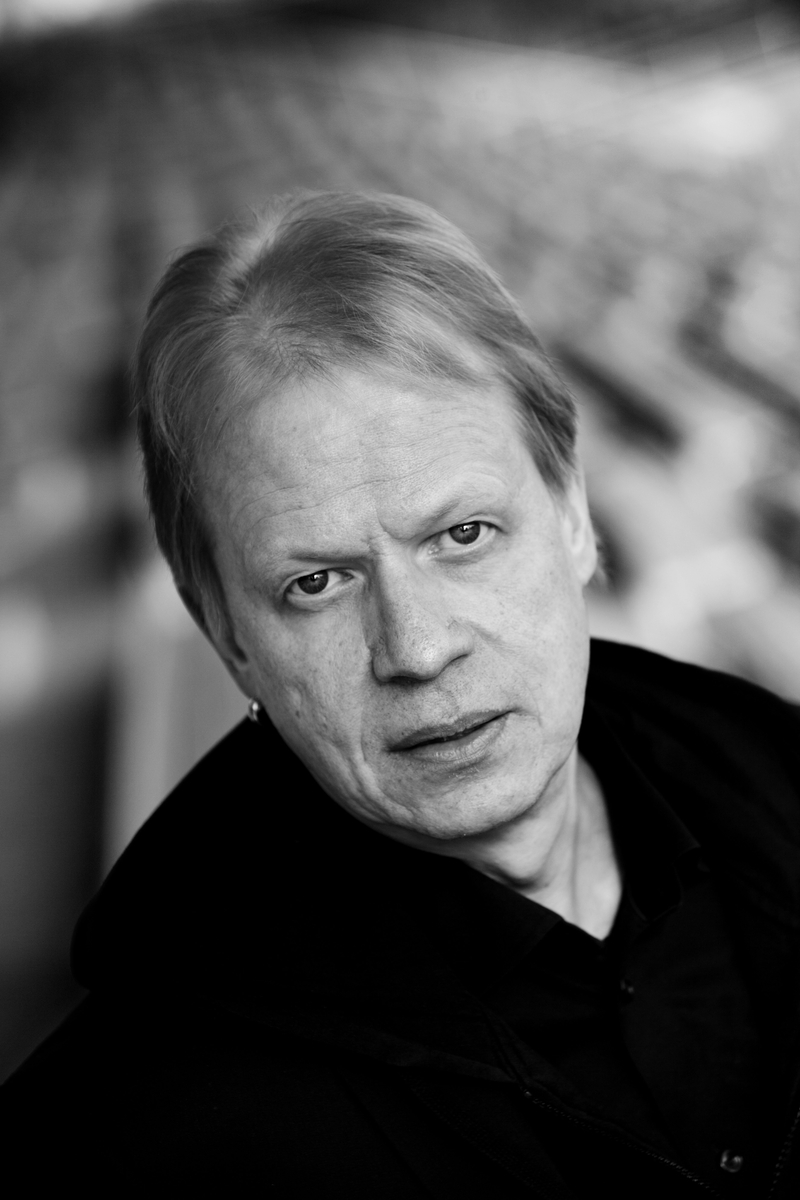 Transparente Blanche (in English “White Transparent”) is a love story. An aged mother asks her middle-aged son to come home. She has received a calling and accepted it. After a break of forty years, she will try to heal a sick man one last time using a power that she discovered within herself in her youth.

She needs her son to drive her to the sick man. He is a poet but moonlights in an off-licence in Estonia. He comes when the mother calls.

On a farm in a small Ostrobothnian town, a living was once made from growing apples. The father tended to the apple trees and hoped for good harvests. He also received callings. His task was to kill horses. In typical Sandström fashion, how he himself died is revealed in passing: “I glanced towards the beam where father had hung the rope.”

But the son still has questions crying out for answers. He sees his mother as omniscient but forbidden to speak, and he revolves around her as around a mystery. Everything she does, what she wears, drinks, eats, and says becomes charged with meaning. This summer the mother wants to talk about love, and the disillusioned son gradually gives in; love issomething worth thinking about. The essence of love is addressed throughout the novel in the form of explicit reasoning as well as through the formation of human relationships and the sequence of events that is set in motion.

Then things begin to move. Not just the Ford Capri that has sat in the garage since his father’s death, but everything else that has been dumped to one side is brought back to life again. The mother is sorting through old clothes. In the consciousness of her son, memories of a young love and moments with his father burst forth.

The Capri is running and mother and son arrive at the place where the healing is to take place. An answer is given there at the farm.

The son finally asks the question: why did his father die. His mother answers that it makes no difference what a person dies of: “Think of those you love instead.”

In his writing, Sandström distances love from the conceptions of it that we are served on television and in books and which we may try to emulate, and instead turns towards a belief in the sort of love that is found in everyday actions and the warmth of simple motions, between words and gestures. He speaks of “the healing effect of having something to do” and distances writing from the image of a poet sitting in a café composing poems, portraying writing instead as practical, hard work which, like plumbing or sandblasting, can make the system “whole, integrated, and functional.”

The Finland Swedish author has achieved such an expedient, seemingly simple form, filled with sorrow and wonder, tragedy and comedy, in this his third novel. He has also published three collections of short stories. The language of the novel is like the variety of apple it is named after, eloquent and almost translucent. With his soft and precise diction and compassionate view of people and their activities, Sandström evokes in the reader a sense of circumspection towards life both within and beyond the writing.