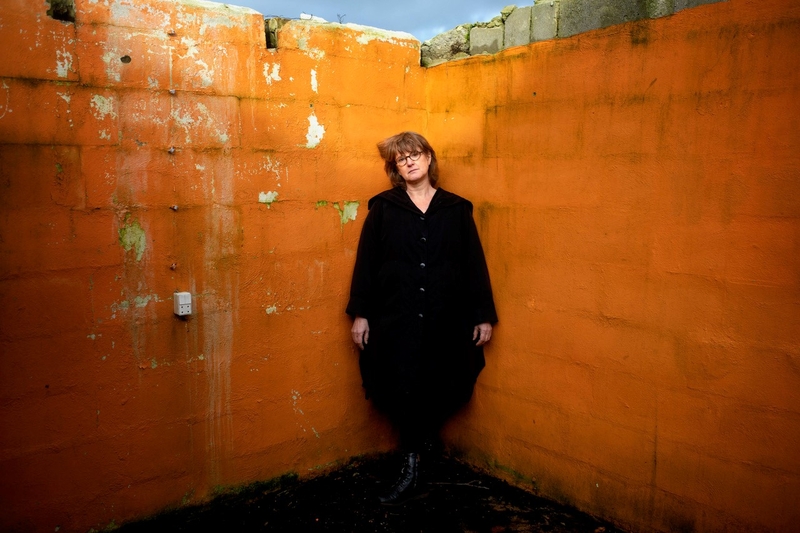 ‘The time is out of joint’ in Solvej Balle’s large-scale prose work Om udregning af rumfang (‘On the Calculation of Volume’, not translated into English), as Shakespeare has Hamlet express it in the famous tragedy. Solvej Balle’s protagonist, Tara Selter, has involuntarily stepped out of time. In her reality, 18 November repeats itself endlessly. At a stroke, she no longer experiences the changes of weeks, months or seasons. The people around her do not age, and have difficulty understanding Tara’s strange new horizon of experience as she relives 18 November again and again.

So far, three of a planned series of seven volumes about Tara’s dislocation from time have been published. The first three volumes, however, form a closely coherent whole, which expands in new and unpredictable ways within each volume. Through these, the many odd individual days slowly accumulate and are stored as isolated and sometimes incongruous memories in her consciousness. Volume three of Solvej Balle’s ambitious project begins, for example, with day 1144. Here, Tara Selter is joined by Henry Dale, who is also caught in 18 November. Earlier, in the previous volumes, she found herself alone in the chronological disorder, but it turns out that this “time loop” may be shared with other people. Together, Tara and Henry explore the possibilities of the loop and how it could be reunited with ordinary time again. For Tara, this involves historical investigation and philosophical reflection. Tara is for example interested in the Roman Empire, its rise and fall, because she sees a parallel in the decadent tendencies of the present West.

“I had landed in the great container of history. It was full of things. These were not tales of the past. They were the past itself, when it escaped, swooned through the centuries and landed at our feet. If I were to concern myself with beginnings and endings, intrigues and great achievements, cause and effect, winners and losers, I would hit the edge and be unable to progress. So I was interested in shoes, ships and sealing wax. For the buildings, the half-timbered wing facing the road. I was not interested in the outcome of wars, but in the buttons on the soldier’s uniforms.” (53)

The work thus causes the narrator, Tara Selter, to find herself in a place in world history where time accumulates in things and places – a narrative in space rather than time – without it being possible to explain why or how, and in this way Solvej Balle allows the reader to relive the (contemporary) time and its competing perspectives. This is what great literature can often do: teach us to see the world and each other with new eyes. Or at least to see and understand the present as a common concern, while we each live in our own separate “bubbles”. That’s what you think when the poet Henrik Nordbrandt writes that the year has 16 months, and ends the poem with “November, November, November, November.” Or what you experience when, in Frankenstein, Mary Shelley monstrously allows us to see the world through the eyes of her man-made, hypersensitive monster.

As one Danish reviewer beautifully put it, Solvej Balle’s prose fiction consists of writing that listens. “Reading her [...] is like being caressed by language itself.” And although the project apparently began with a few sparse ideas back in the 1990s, since when she has spent more than 20 years conceiving her novel project, it doesn’t feel ‘out of joint’ here in 2022. Rather the contrary, after a period of surreal intrusions into our collective life in the form of societal lockdowns, from which new, hitherto unknown parallel worlds have emerged. With Om udregning af rumfang, Solvej Balle delivers a timely masterpiece in the genre of speculative fiction.