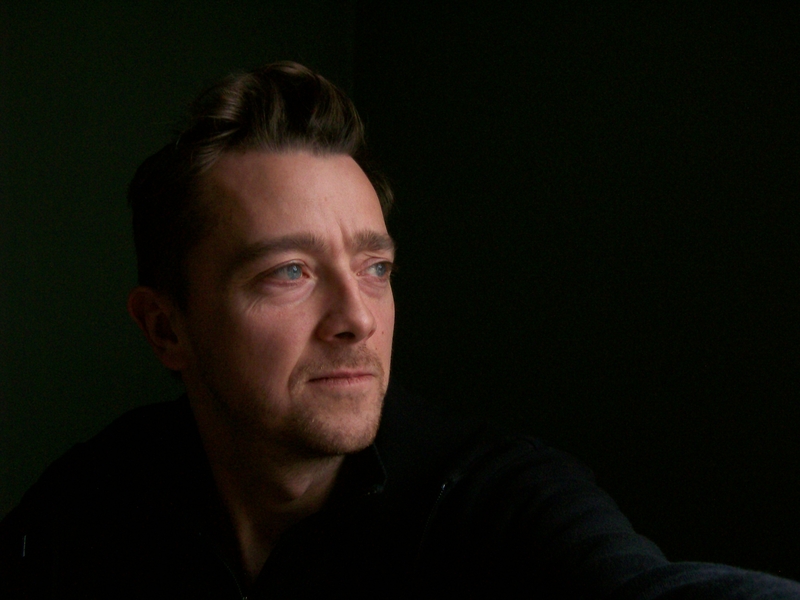 The novel Truflunin (‘Disturbance’, translated into English by Brian Fitzgibbon, not yet published) is about a small area that is different from the world around it. In the view of the authorities, this is unacceptable! It is a novel of the future, in which the novel form is used to analyse the paradoxes of our own time.

The ‘disturbed’ area includes the streets of downtown Reykjavík that are named after the pagan gods. The street of Odinsgata thus plays a central role here, as does the square of Odinstorg and Hotel Odinsvé. Outside the disturbed area lies the surrounding world. It is multinational, and ethnicity plays almost no part in it. The protagonist has acquired the much-sought-after permission to pass through a mysterious veil or wormhole and enter the disturbed area. Her mission, when she enters the Disturbance, is to find an explanation for what is going on in there. However, it certainly cannot be said that everything on this mission is as it seems. The world of the novel is divided into two parts: the outside world and the Disturbance. In these two worlds, time does not move at the same pace, but many other things are also unclear. The Disturbance, according to the novel, is a hole in the surrounding world which opened into the novel on 5 March 2030.

The real subject of the book is the way in which, in a computer-controlled world, our consciousness has been spread across the globe, linked to the Internet, and that we are thus all, in a sense, turning into only slightly divergent versions of a single form of consciousness. Our individual characteristics are being erased in the flow of technology. Who can permit themselves to claim that they are special or different from other people? Nonetheless, individualism may never have reached such heights as it does now. The paradoxes of today’s world are certainly clear.

The questions that arise during the reading of this novel are the big questions on the ethics of science and the present day. Some of them are familiar: When will artificial intelligence become so powerful that it will be indistinguishable from human intelligence? If the imitation of human intelligence can be perfected, will it be more perfect than the intelligence that each of us has been given? In films and literature, conflicts are often portrayed between humans and supercomputers, cyborgs or aliens. Such clashes usually end with the human spirit winning a narrow victory, which relies on mankind’s ability to love and believe – but who says that this is not also something that can be learned?

It is quite ironic that in the book, this old city centre of Reykjavík plays the role of becoming the anachronism and disruption of the world. Perhaps we Icelanders have been an anachronism and a disturbance for longer than we are even aware of?

Steinar Bragi Guðmundsson (born 1975) has published a large number of books and is regarded as one of Iceland’s most respected authors.

“How do you describe what happens when a person moves from one world to another, and there is no way back?” Steinar Bragi has said about his novel Truflunin.