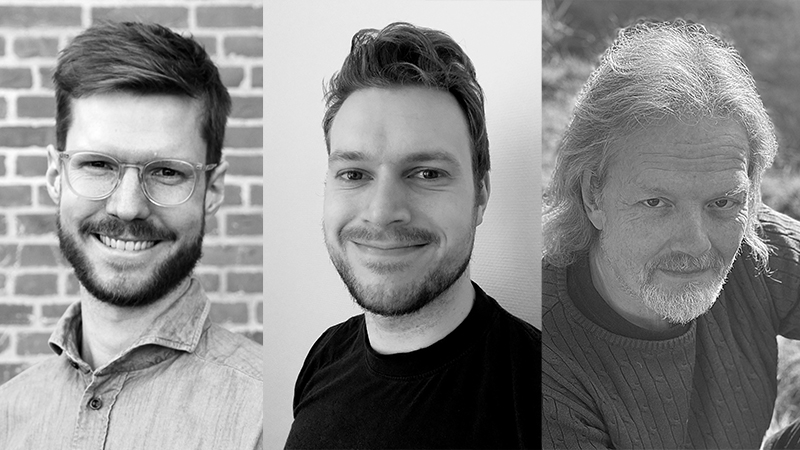 Are we the products of nature or culture? This well-known dichotomy is the focal point of this charming and amusing picture story of the fox Rufus, who lives in the city, but one night strays into the forest, where he meets a bunch of wild foxes. Before long, a “wild and foreign feeling” takes root in Rufus, who runs around playfully without clothes – quite without missing his flat, armchair and hot cup of tea.

It is quite impossible to determine whether this is a comic book with picture book sequences, or a picture book with comic book sequences – we can only say that it is an illustrated story with features drawn from both of these forms, as it contains windows, speech bubbles and full-page illustrations. And contrary to what you might think of such a hybrid, it is a complete and entirely fluid story in which the pages almost turn themselves, effortless alternating between framed and unframed drawings and full-page illustrations. The balance between the text and pictures, and the interplay between them, is impressively light and playful. This can serve as an image of the themes of nature and culture, which do not conflict in the story, but play out as an impulse that one can learn to take part in... Because Rufus doesn’t end up in the woods, wild and naked. In fact, the story has two surprising turning points. The first of these is when Rufus rediscovers his inner wild animal in the encounter with the other foxes, while the second is when he returns to his civilized city self in the meeting with his friend, Hanne the hen, who is hanging up laundry, and whom he was otherwise just about to eat. She certainly has an attractively plump, fleshy body beneath a tiny head, as we have previously learned from a wonderful page where we see Rufus in Hanne’s shop with a stiffened, lop-sided smile, looking at Hanne and thinking that he “felt a strange urge to do something. But he didn’t know what.”

It is a wonderful, quirky and incredibly well-composed story with an emphasis on the aesthetic details – the text, for example, is hand-written. The depiction of the teeming big city is a pure pleasure for the eye. The reader dwells on the pages because of their beautiful colour symphony and powerful, funny-looking birds, of which there are an incredible number – they practically fall about on the picture surface, which in itself is quite amusing. It is a pictorial universe that is at once both recognisable and strange: Recognisable, because the city, with its statues and cars and parks, is reminiscent of Duckburg. Hanne the hen calls forth associations with Clara Cluck…. However, strange and surrealistic aspects also reveal themselves, for example in the form of a giant dragon, which appears to be stuck in a high-rise block, with its head and tail protruding from windows on either side of the building.

The will of the work is its own, yet the narrative manages to accommodate readers of all ages and give them something they did not know they wanted. It’s a question of going along with the story’s own unique premise and allowing yourself to be absorbed by a universe that balances razor-sharp between nature and that which is cultivated – by a fox. Or is it the other way round?