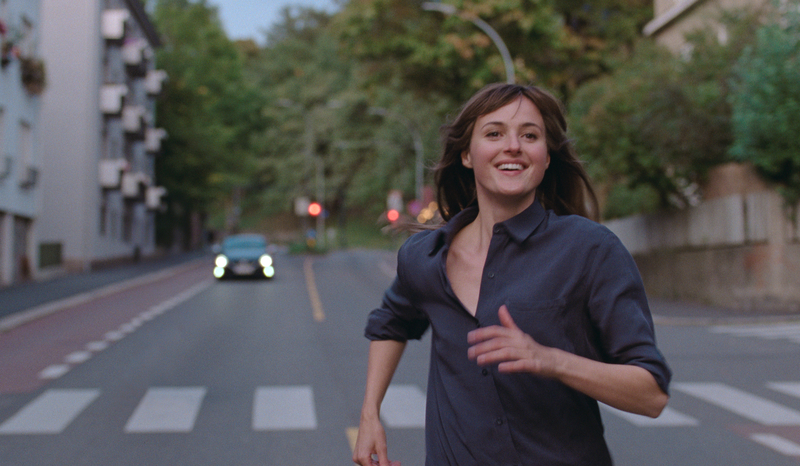 Photographer
Oslo Pictures
Mail Facebook Linkedin Twitter
The film “The Worst Person in the World” from Norway has been nominated for the 2022 Nordic Council Film Prize.

Julie is turning thirty and her life is an existential mess. Several of her talents have gone to waste and her older boyfriend, Aksel – a successful graphic novelist – is pushing for them to settle down. One night, she gate-crashes a party and meets the young and charming Eivind. Before long, she has broken up with Aksel and thrown herself into yet another new relationship, hoping for a new perspective on her life. But she comes to realise that some life choices are already behind her.

The Worst Person in the World is a playful and sorrowful portrait of Julie, approaching thirty, through the prism of romantic comedy. Playing with genre conventions, cliches and cinematic tools, the film is a thoroughly theatrical experience, giving the viewer an abundance of grand scenes, of musical atmospheres, and of Oslo bathed in the light of summer. This is a film of a specific time and place, yet still timeless, that touches on the human condition. With co-scriptwriter Eskil Vogt - the creator of two of the year’s best Norwegian films - director Joachim Trier and his glorious actors (Renate Reinsve, Anders Danielsen Lie, and Herbert Nordrum) create funny, romantic and touching moments which have been debated vigorously, and which will linger in our memories for a long time to come.

Joachim Trier (born 1974) is one of Norway’s most celebrated contemporary writers and directors. He is a partner in the Oslo-based production company Don’t Look Now.

Trier attended the European Film College in Denmark, and then graduated from the National Film and Television School in the UK. He achieved instant world recognition with his debut feature film Reprise (2006). His second feature film Oslo, August 31st was selected for Cannes’ Un Certain Regard in 2011, and four years later, his first English-language film Louder Than Bombs entered Cannes’ main competition. Following the genre movie Thelma, Trier co-directed the documentary The Other Munch with his brother Emil. The Worst Person in the World is his fifth feature and fifth nomination for the Nordic Council Film Prize, a prestigious distinction that he won in 2015 with Louder than Bombs.

The romantic drama has its world premiere at the Cannes Film Festival in 2021 where it won Best Actress (Renate Reinsve). The film went on to collect more than 20 awards and nearly 90 nominations, and was double Oscar-nominated in 2022 in the Best Original Screenplay and International Feature Film categories. Trier was President of the Critics’ Week in 2018 and member of the Cannes Film Festival’s main jury in 2022.

Eskil Vogt (born 1974) is a writer, director, and partner in the production company Don’t Look Now. He studied directing at the French film school La Fémis and his first short film An Embrace won the Prix UIP at the 2003 Grimstad Norwegian Short Film Festival. Through his long-time collaboration with writer and director Joachim Trier as co-writer, the two have gained internal acclaim on all their five feature films, from Reprise in 2006 to The Worst Person in the World.

Vogt made his directorial feature debut with the drama Blind for which he won Best Screenplay at Sundance’s World Cinema Dramatic in 2014. That same year, the film was nominated for the Nordic Council Film Prize. His second feature The Innocents was selected for Cannes’ Un Certain Regard and picked up nine major awards including Best non-English Language Film at the Danish Robert awards.

Thomas Robsahm (born 1964) is a film producer, director, musician, former actor, with more than 30 years of experience in film and television. He is currently working for Nordisk Film Production Norway. As producer, Robsahm has collaborated with some of Norway’s top fiction and non-fiction directors including Joachim Trier, Margreth Olin, Maria Sødahl, Solveig Melkeraaen, Jannicke Systad Jacobsen, Unni Straume, and Emil Trier. His most acclaimed productions include the documentaries S.O.S (1999), Modern Slavery, (2009) co-directed with Tina Davis, Joachim Trier’s Louder than Bombs (2015), Thelma (2017), and the double Oscar nominee The Worst Person in the World in 2022. His recent musical biopic documentary A-ha-The Movie which he produced and co-directed with Aslaug Holm, had its world premiere at the Tribeca Film Festival in 2021.

Andrea Berentsen Ottmar (born 1990) is a producer with more than 30 films, music videos and documentaries under her belt. She has worked for the production companies Ape& Bjørn, Frokost Film and Oslo Pictures. Her production credits include Joachim Trier’s multi-award-winning The Worst Person in the World and Kristoffer Borgli’s Sick of Myself, selected for Cannes’ Un Certain Regard in 2022. She is currently working on the film Armand by rising Norwegian talent Halfdan Ullmann Tøndel, grandson to Liv Ullmann and Ingmar Bergman.