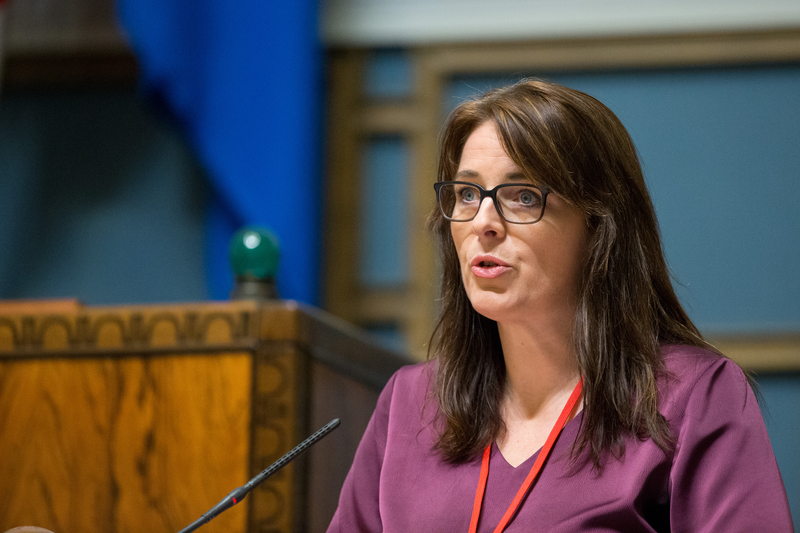 Silja Dögg Gunnarsdóttir from Iceland is a member of the Presidium of the Nordic Council.

Mail Facebook Linkedin Twitter Sign up to newsletter
“Dear Baltic friends. The world admired you on 23 August 1989, and we still do.” This was the message from Nordic Council representative Silja Dögg Gunnarsdóttir to mark the 30th anniversary of the Baltic chain, when two million people formed a human chain through the Baltic countries in a display of independence from the Soviet Union.

The Latvian capital Riga put on a huge celebration on the day of the anniversary, with the Nordic Council also in attendance. Member of the Presidium of the Nordic Council Silja Dögg Gunnarsdóttir represented the council at the anniversary. In her speech, she praised the courage of Baltic citizens 30 years ago. “The Baltic chain made the Baltic countries heroes of the time. People throughout the world admired the courage of Estonians, Latvians, and Lithuanians, and their quest to regain their rightful independence,” said Silja Dögg Gunnarsdóttir.

In addition, she highlighted the co-operation between the Nordic and Baltic countries.

“Nordic-Baltic co-operation is flourishing. The Nordic and Baltic regions are among the most integrated in the world. Our societies are based on democracy, the rule of law, and human rights. Current European and global concerns will only strengthen the importance of our co-operation,” said Silja Dögg Gunnarsdóttir.

More than two million people formed the Baltic chain, which was 600 kilometres long and passed through all three Baltic countries. According to some media outlets, this display of Baltic solidarity 30 years ago has also inspired current demonstrations in Hong Kong.