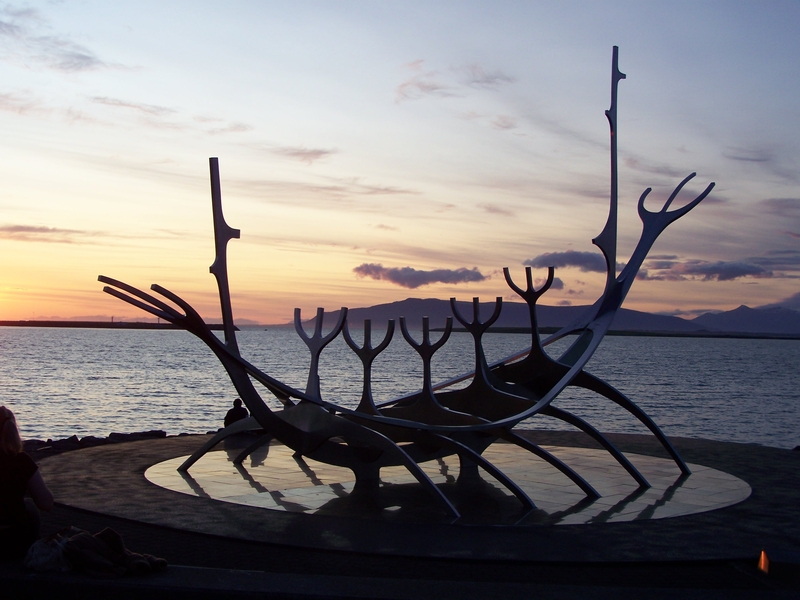 Mail Facebook Linkedin Twitter
From Leif Erikson to the establishment of the Nordic Council, the Nordic Region has a shared history that extends more than a millennium back in time. There have been times of friendship and strife along the way, but over the last century the Nordic countries have moved closer and closer together through cross-cultural understanding and acceptance of one another’s differences.

When Leif Erikson – nicknamed ‘the Fortunate’ – set sail from the west coast of Greenland in the year 1002, he could have hardly imagined that his journey would be etched in history. Erikson is something of a symbol of the Nordic Region, which has enjoyed a special sense of cross-border community since Viking times. He was born in Iceland, grew up in Greenland, and spent a couple of years of his youth in Norway. Erikson was a Nordic cosmopolitan, and in the year 1003 he and his ship reached Vinland, or Newfoundland as it is known today. This made him the first European ever to reach American shores, years before Christopher Columbus.

During Erikson’s time, much of the Nordic Region became a united kingdom for the first time, which has since been called the Norwegian Realm.

During Erikson’s time, much of the Nordic Region became a united kingdom for the first time, which has since been called the Norwegian Realm. The Norwegian kings gradually took control of the Faroe Islands, Iceland, and Greenland, and interacted closely with the Viking kings of Sweden and Denmark.

The Nordic Vikings reached not only modern Canada, but also distant cities deep in Russia and the Mediterranean world. Although the Vikings were later portrayed as bloodthirsty men of conflict, they were primarily seafaring traders and good farmers who kept livestock and cultivated land. In this way the Vikings helped to modernise the Nordic Region, and with the introduction of Christianity around the turn of the millennium, the Nordic Region also became culturally closer to Europe.

The Nordic Region comes together

Christianity brought a new cultural flow to the Nordic Region. Large churches like the cathedrals in Stavanger and Ribe were built, as were monasteries and bishoprics as far away as West Greenland. Market towns were established, castles built, and new eating habits and fashion trends introduced thanks to the growing commerce with towns and countries further south.

The south provided not only exciting new stimuli, but also disease, like the Black Death. This had serious consequences and almost wiped out the populations of Norway and Iceland. It’s unclear whether it was the plague that triggered the demise of the Nordic Greenlanders, but we know that the Nordic civilisation in West Greenland died out in the early fifteenth century. It wasn’t until three centuries had passed that contact was restored between Greenland and the rest of the Nordic Region.

During the Middle Ages, the Nordic Region’s position as a cultural, economic, and political entity was reaffirmed.

During the Middle Ages, the Nordic Region’s position as a cultural, economic, and political entity was confirmed. In 1397 Denmark, Norway, and Sweden merged to form the Kalmar Union – essentially a Nordic empire. The union also comprised the old Norwegian overseas dependencies of the Shetlands, the Orkney Islands, the Faroe Islands, and Iceland, as well as Åland and Finland, which were under Swedish rule during the Middle Ages. The map of the Kalmar Union roughly resembles that of the Nordic Region we know today.

The union between the Nordic countries was relatively strong in its early years; however their ties gradually weakened and were dogged by internal strife between Denmark and Norway on one side and Finland and Sweden on the other. The Kalmar Union finally split down the middle, which was followed by a period of unrest – not helped by the infamous Stockholm bloodbath of 1520 when the Danish King Christian II had a large group of the nobility and other prominent citizens executed in the Swedish capital in an attempt to retain power over Sweden.

In the late Middle Ages and the Renaissance, much of the Nordic Region lagged behind the rest of Europe in many respects. However, during the same period Sweden developed into a major European power, controlling much of the Baltic, including most of the current Baltic countries and parts of present-day Germany and Poland. Finland also remained part of the Swedish kingdom. Denmark-Norway tried its hand as a colonial power by taking over Trankebar in India, parts of present-day Ghana in Africa, and the three Caribbean islands of St Thomas, St Jan, and St Croix. The latter was a Danish dependency until 1917.

Despite these ambitions, the Nordic Region stood in the shadow of the flourishing city-states to the south and of naval powers such as Spain, Portugal, the Netherlands, and Britain, which were beginning to conquer the world and wield considerable influence on the development of Europe. Neither Denmark-Norway nor Sweden-Finland would have as influential a role. Instead, the once-united countries waged war after war with one another in an attempt to gain full control over a united Nordic Region.

The wars were gruelling and were generally to Sweden’s advantage. First Denmark had to cede the verdant and well-developed Skåne, Halland, and Blekinge to Sweden; and in 1814, the whole of Norway was ceded to Sweden, which had just lost Finland to its other archrival – Russia. Denmark retained control of Iceland, the Faroe Islands, and Greenland, which in the meantime had been colonised.

Denmark and Sweden buried the hatchet during the nineteenth century. Although subsequently both countries were small by European standards, the major European powers viewed these countries’ independence as strategically advantageous. There was a need for a buffer between such major powers as Russia, Prussia, France, and Britain, and there was the advantage that the Baltic Sea was not controlled by a sole power.

Widespread poverty characterised the first half of the nineteenth century. Many people were lured by the prospect of a better life in America and emigrated.

In many ways, industrialisation offered the Nordic countries a new beginning. Widespread poverty characterised the first half of the nineteenth century, with many lured by the opportunity of a new and better life by emigrating to America. Burgeoning industry in growing cities required labour. Heavy industry, mining, and shipbuilding sprang up over much of the Nordic Region.

There were loud calls for independence in Finland, Iceland, and Norway. Åland and the Faroe Islands also dreamed of independence, or at least of far-reaching autonomy. Norway gained its independence in 1905 and Iceland in 1918. Finland declared its independence from Russia in 1917 but endured a bitter civil war in the years that followed, fought by those who wanted a close relationship with Russia on the one side and those who wanted a close relationship with the other Nordic countries on the other. While Norway chose to become a constitutional monarchy like Sweden and Denmark, Finland became a republic whose foreign policy was largely based on amicable relations with Russia.

The war that divided

Industrialisation gave rise to democracy, which was fully established in the Nordic countries following the First World War. Although the Nordic Region remained neutral during the First World War, Denmark and Norway were forced into the Second World War when, in 1940, Germany attacked and occupied both countries. Sweden remained neutral throughout the war, while Finland initially sided with Germany. Finland suffered massive losses in the fight, first against the Soviet Union and subsequently against Germany. Norway was also badly affected by the war.

Iceland, the Faroe Islands, and Greenland were under American and British control and had no real contact with the rest of the region during the war. In just a few years the American presence in Greenland led to the rapid development of the previously isolated community that had supported itself primarily through hunting and fishing.

After the war, economic development took hold throughout the Nordic Region, helped by the US Marshall Plan. Finland’s foreign policy balanced a close relationship with the Soviet Union with closer ties with the West and thus the other Nordic countries. As dictated by Russia, the country maintained a strict policy of neutrality and traded with both the West and the Soviet Union. While Sweden maintained its neutrality, Denmark, Iceland, and Norway jointed the Atlantic military pact NATO in 1949.

Outwardly the Nordic countries may have seemed rather fragmented, but internally there were strong voices in favour of bilateral co-operation that could bring the countries closer together culturally, economically, and politically to the extent that the various foreign policy interests would allow. This led to the creation of the Nordic Council in 1952.

Even before the Second World War, the first seeds of the Nordic welfare model had been sown. The Nordic Region differed from the rest of Europe in its high level of taxation for the purpose of funding a social safety net. In the years after the war the Nordic welfare models were further expanded to include a modern health service and education system. The cultural bridges that existed between the Nordic countries together with their shared interest in social, environmental, and fiscal policy laid the foundation for the Nordic Council.

The cultural bridges between the Nordic countries and their shared interest in social, environmental, and fiscal policy laid the foundation for the Nordic Council.

The five Nordic countries of Denmark, Finland, Iceland, Norway, and Sweden, and the autonomous territories of Åland (autonomous since 1921), the Faroe Islands (autonomous since 2005), and Greenland (autonomous since 2009), all saw an economic upswing in the second half of the twentieth century thanks to rising exports and the increased extraction of raw materials such as oil and natural gas. However, both Finland and Iceland experienced a boom and bust in the decades around the turn of the millennium. In the same period, the Norwegian economy flourished, thanks largely to its considerable North Sea oil deposits.

Although the development of the individual Nordic nations has generally been congruent, some were prompted by their history to enter into new alliances. Denmark joined the European Community in 1973 and later the EU. Finland, Sweden, and Åland didn’t join until 1995, while Norway and Iceland remain on the outside, together with Greenland and the Faroe Islands. Nevertheless, Finland and Sweden are still not members of NATO. It is only the Nordic Council that unites all the Nordic countries.

Today, the Nordic Region is united – not in the sense of the close political and economic community of the Kalmar Union but more in the sense of the time when Leif Erikson sailed off and discovered America. Now, as it was a thousand years ago, Nordic citizens travel to one another’s countries to trade, and despite the linguistic and cultural differences, there is an openness, a curiosity, and a creativity that seek to ensure stability, security, and economic progress not just in the Nordic Region but in the world at large. 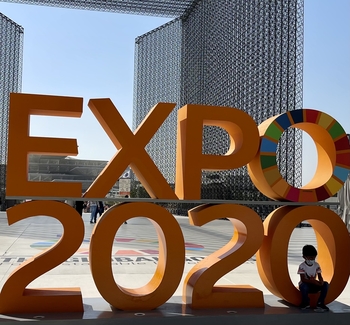 World Expo: Welcome to the future of healthcare and social care

Guðmundur Ingi Guðbrandsson will be responsible for Nordic co-operation in Katrín Jakobsdóttir’s new government. He will also be the minister of social affairs and the labour market in th... 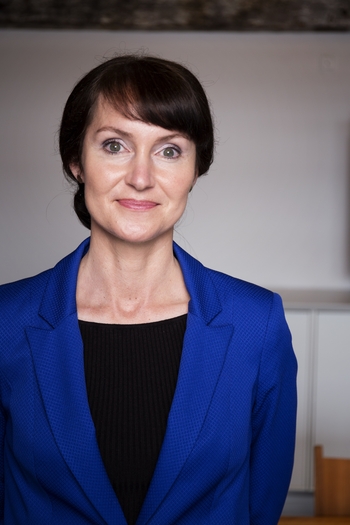 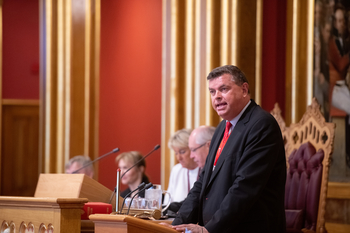