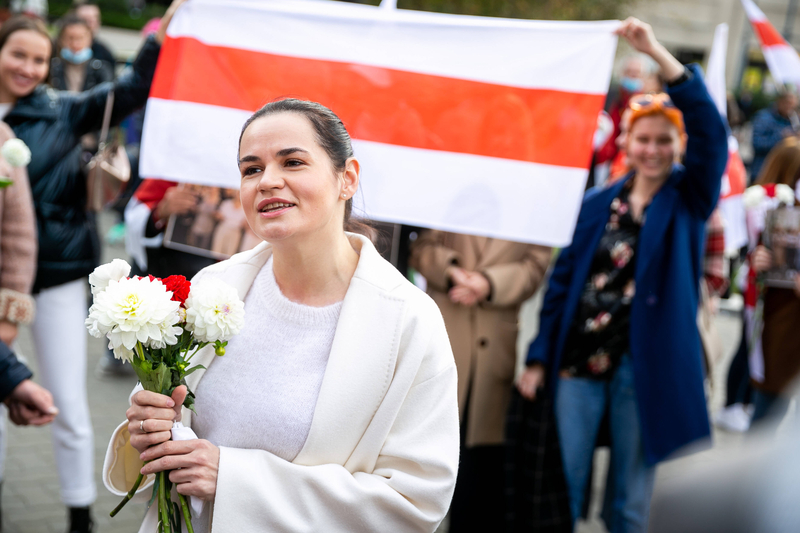 Bertel Haarder, Annette Lind, and Christian Juhl - who are all members of the Nordic Council presidium - represented the Nordic Council. They expressed their strong support for the struggle of the Belarusian people against the country’s dictatorship, and stressed the importance of active dialogue with the opposition.

“Today’s meeting was hugely significant. It has given Nordic parliamentarians the opportunity to show our unwavering support for the Belarusian opposition and the chance to engage in direct dialogue with Sviatlana Tsikhanouskaya. We have spoken face to face and listened to what assistance she needs from us in the fight for democracy in Belarus. This is invaluable,” said Bertel Haarder.

He stressed that it is the Belarusians themselves who know best what specific support they need and who will determine how the fight should be conducted. Haarder also said that Nordic parliamentarians are continuing to pressure their governments in order to keep the Belarus issue at the top of the agenda until the people have toppled the dictatorship.

Sviatlana Tsikhanouskaya thanked the Nordic and European countries for their strong support, which she said is needed. She also highlighted the Nordic Region as a role model for the Belarusian people in terms of a society characterised by freedom, human rights, and democracy, which is exactly what the Belarusians are fighting for.

Tsikhanouskaya also stressed in the strongest terms that this struggle has nothing to do with Russia, but is a struggle against one person - dictator Alexander Lukashenko.

She called for specific support for all the people and families affected by the violence of the regime, as well as support for young people and students in a country that is currently fighting for freedom and democracy.

She also asked for support in documenting the thousands of assaults committed by the regime, as well as support to investigate these assaults and bring those responsible to justice.

Co-operation via office in Vilnius

This was the second occasion in a short space of time that the Nordic Council has held a meeting with Sviatlana Tsikhanouskaya. The last meeting took place by way of a video meeting on 2 September. This time, there was a physical meeting at the Danish Parliament in Copenhagen.

Sviatlana Tsikhanouskaya is in Denmark to receive the Politiken newspaper’s freedom prize, which is awarded each year to people or institutions who defend the right to freedom under risky circumstances.

Tsikhanouskaya has become a symbol of the Belarusian people’s fight for democracy and is seen by many as the country’s rightful president following the 9 August election. Alexander Lukashenko declared himself the winner of the election which, according to independent observers, was dogged by fraud.