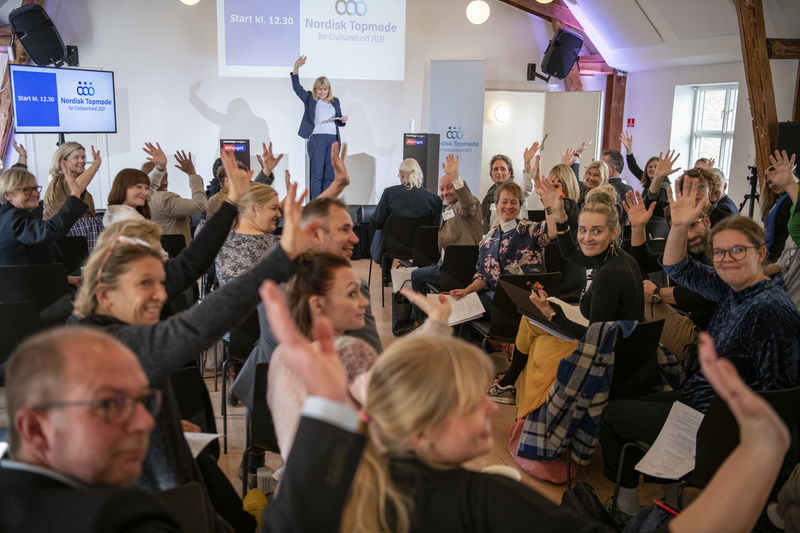 Photographer
Arthur C Ammelbeeck
Mail Facebook Linkedin Twitter Sign up to newsletter
Around 150 representatives and decision-makers from Nordic civil society have just met with ministers and politicians to discuss how their organisations can work together to make the Nordic Region socially sustainable.

The Nordic Summit for Civil Society has just been held. The event focused on social sustainability and was attended by representatives and decision-makers from civil society organisations, two ministers for Nordic co-operation, Flemming Møller Mortensen (DK) and Thomas Blomqvist (FI), as well as Danish Minister for Social Affairs and Senior Citizens Astrid Krag, President of the Nordic Council Bertel Haarder, and Secretary General of the Nordic Council of Ministers Paula Lehtomäki. The agenda included a discussion of how best civil society organisations can devise solutions that will help to realise the vision of a socially sustainable Nordic Region by 2030. Thomas Blomqvist, Finnish Minister for Nordic Co-operation, says that societies are measured on their ability to take care of the weakest – a task only complicated by COVID-19, one of the consequences of which has been a rise in domestic violence.

Thomas Blomqvist has high expectations of the network. He hopes that co-operation between official agencies and civil society will help politicians focus on the challenges and solutions and establish a framework that provides civil society with inspiration from neighbouring countries.

“We must take advantage of the subtle differences in the Nordic countries’ solutions and let ourselves be inspired by them,” Blomqvist says. He is not alone in having high hopes for the network. Joel Ahlgren, from the Swedish think-tank Global Utmaning, is the network coordinator. He is ready to take up the challenge and anticipates that the network’s influence will flow in both directions.

“We see great interest from the ministers and hope that the network will have the chance to influence Nordic co-operation – and through this, the work of the Nordic countries,” he says.

Flemming Møller Mortensen, Danish Minister for Nordic Co-operation, hopes that the network will energise the Nordic countries, civil society and official bodies. He points out that there will always be some countries whose solutions are further ahead, but others can use this disparity positively as a source of inspiration.

“When a country wears the yellow jersey, the others must be inspired by it. Attitude and enthusiasm are important ingredients in the Nordic Civil Society Network, and young people play a key role here,” he says.

The summit focused on socially disadvantaged adults and vulnerable 15–18-year-olds. The idea behind it was to share knowledge, encourage debate and put forward a joint vision for civil society’s commitment to the development and strengthening of the Nordic welfare model in order to realise the strategic priority of a socially sustainable Nordic Region. The Summit for Civil Society was organised by the Danish Institute for Voluntary Effort and the think tank Monday Morning and funded by the Nordic Council of Ministers. In January 2022, the new Nordic Civil Society Network will present recommendations to the Nordic Council of Ministers and the Nordic Council for greater efforts by civil society. 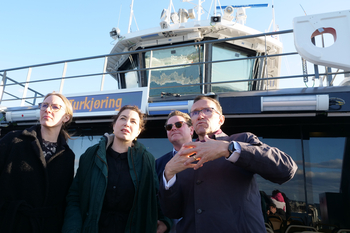