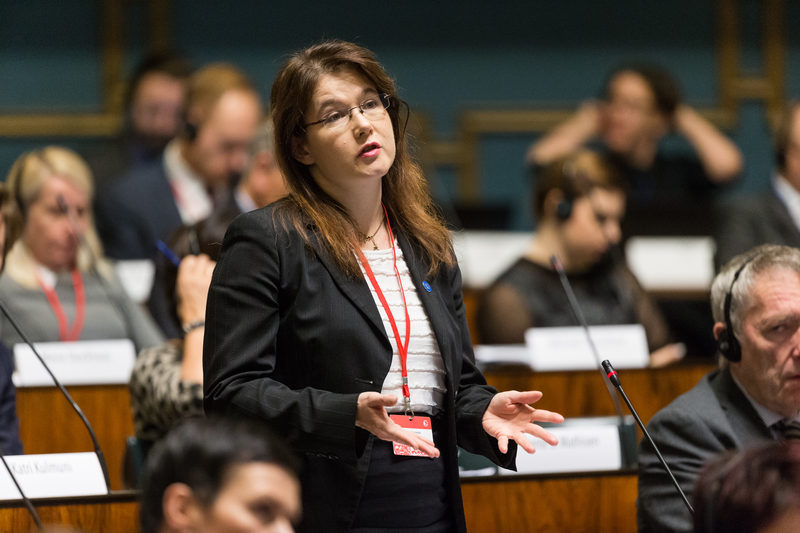 Photographer
Magnus Fröderberg/Norden.org
Mail Facebook Linkedin Twitter Sign up to newsletter
Everyone living in the Nordic Region must have access to all the region’s television channels. Consequently the Nordic Council has just adopted a proposal to study how geo-blocking between the Nordic countries can be abolished.

“Programmes such as SKAM have shown that the region’s young people are adept at understanding the different Nordic languages. Geo-blocking is not only a digital barrier, but also obstructs cultural exchanges and the reciprocal understanding of the Nordic languages. This must be abolished,” says Johanna Karimäki, member of the Committee for Knowledge and Culture.

The use of streaming services is growing exponentially in the Nordic Region, so geo-blocking between the countries must be abolished. Although the issue is being discussed in the European parliament, politicians in the Nordic Council are taking the lead to ensure that the region’s inhabitants have access to all the digital content available in the region.

The series SKAM demonstrated that television stations simply broadcasting the episodes is insufficient – users want access to the entire digital universe relating to the series.

Although the Nordic Council will of course take rights holders into account to ensure they are paid for their productions, producers will also have the opportunity to reach an even larger audience in the Nordic Region.