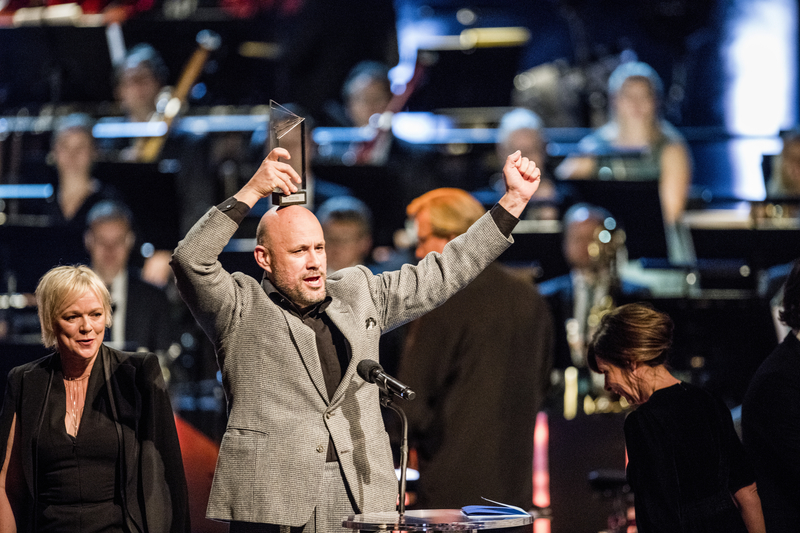 Photographer
Johannes Jansson
Mail Facebook Linkedin Twitter Sign up to newsletter
The Nordic Council Film Prize 2018 has been awarded to Woman at War from Iceland, which adopts a witty and playful approach to big political questions and to the private life of its atypical action hero, a 48-year-old woman.

Director and producer Benedikt Erlingsson, his fellow scriptwriter Ólafur Egill Egilsson and producers Marianne Slot and Carine Leblanc received their award from the Norwegian actor Jakob Oftebro at a star-studded award ceremony for the five Nordic Council prizes held at the Opera House in Oslo.

In Woman at War, a big, pressing issue is channeled through a big, unrelenting personality. Halla, the vigilante working secretly to preserve the world’s eco-system, is played magnificently yet unfussily by Halldóra Geirharðsdóttir. When Halla feels a pull which is perhaps even stronger than her idealism, the pull towards having a family, her dilemma is handled deftly and without sentimentality. In fact, director Benedikt Erlingsson, working from a script he co-wrote with Ólafur Egilsson, is as bold as his protagonist. The jury appreciates how he confidently mixes action scenes and intimate moments with atmospheric Verfremdung, placing live musicians in his frames and having them be the interpreters of the moods and feelings of the characters. The result is an exhilarating film, as funny and free-spirited in its handling of geopolitical matters as of the private life of the 48 year old woman that is the unexpected action hero at its core. And the love which is at the centre of it all, for nature and for a lonely child, comes shining through.