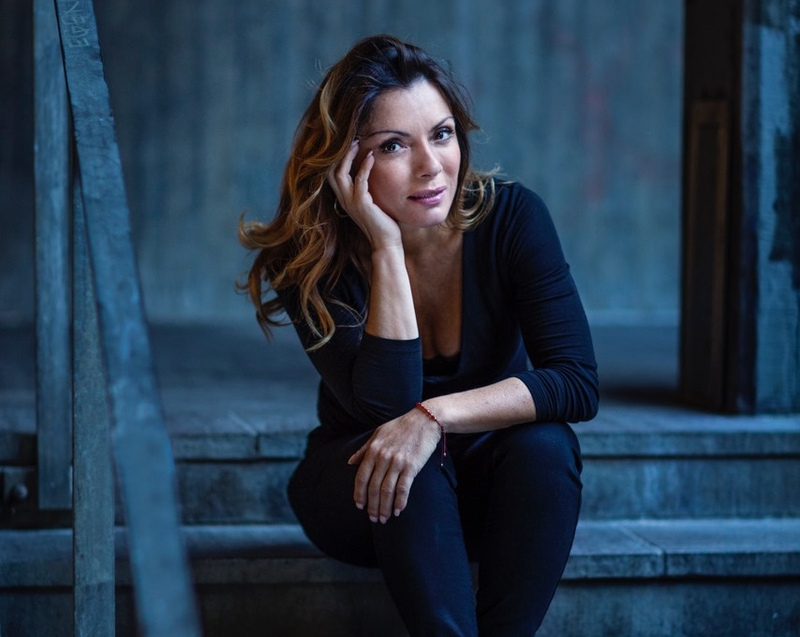 Photographer
Thron Ullberg
Mail Facebook Linkedin Twitter Sign up to newsletter
Next week a Nordic debate relay on the #metoo movement will get underway with journalist and author Alexandra Pascalidou at the helm. The Nordic ministers for culture want the separate movements of the eight Nordic countries to join forces to find the tools required to bring about change.

The ministers for culture want to change the structures of the cultural sector that made sexual harassment possible. They made this clear in their joint statement last spring, when they promised to work for better leadership and increased knowledge in culture, the media, and sport.

They have organised a two-week debate relay to take place throughout the Nordic Region, with author and journalist Alexandra Pascalidou bringing key players from each country together to engage in discussion.

The conclusions from each debate will proceed to the next country, and at the end of the relay we’ll have established an overview of where the movement is today and the investments the Nordic cultural sector needs in this regard.

“The #metoo movements in the Nordic countries have all been quite different over the past year. It will be interesting to dig a little deeper into the differences and similarities in the different countries,” says Alexandra Pascalidou.

The #metoo movements in the Nordic countries have all been quite different over the past year. It will be interesting to dig a little deeper into the differences and similarities in the different countries.

The panels have been put together with the purpose of getting personal accounts of the year that was, and finding out about the latest research and any changes to workplace culture. Debate participants will include parliamentarians, journalists, actors, researchers, and writers.

Huge impact on the political agenda

The #metoo movement had a huge impact on several aspects of the Nordic-political agenda last year. Ministers for both gender equality and the labour market launched various initiatives.

Among other things, the report “One year after Me Too – initiatives and action in the Nordic and Baltic countries” showed that the countries have taken action in four key areas after #metoo. Namely new and updated legislation, mission and organisation, requirements for employers, and surveys and spreading knowledge.

According to the programme below, the relay starts in Helsinki on 4 February and then continues to Åland and other Nordic countries before reaching the finish line in Greenland:

Although the debates are open to the public, there are limited spaces, so pre-registration is required. The debates can also be watched via a livestream or on social media via the #metookultur hashtag. Please see the specific details for each event for more information.

Joint statement on the #metoo movement in the cultural sector
Report: One year after Me Too (nikk.no)
Contact information
Elisabet Skylare
elisky@norden.org
+45 2171 7127
How can we help you?
More