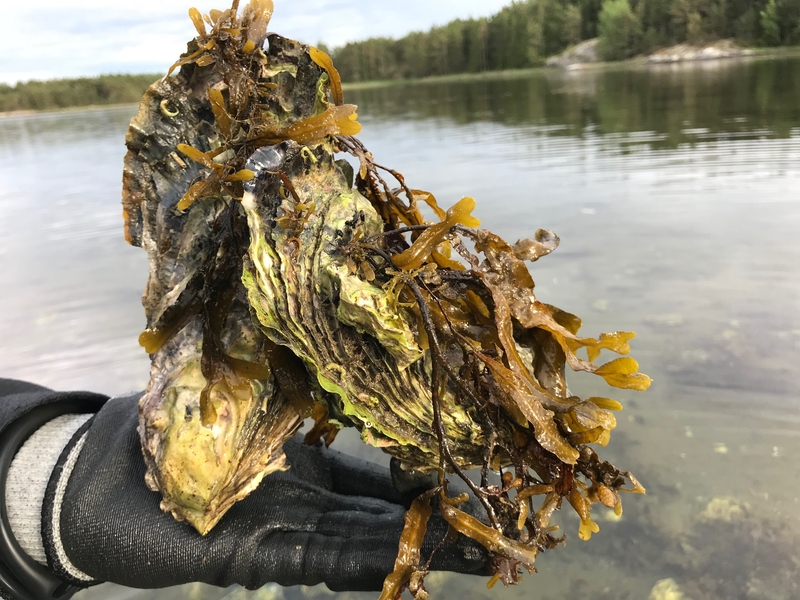 The Pacific oyster is often thought of as a problem. It is on the Nordic list of alien species that endanger the Region’s nature but would be impossible to eradicate. Not only do the sharp shells spoil many popular bathing spots, but there is also a risk of the species infecting the indigenous shellfish population with diseases and parasites. However, new research shows that the Pacific oyster is not only a resource but has the potential to be even more useful, particularly as part of climate transition efforts.

The Pacific three-dimensional shell provides habitats and shelter for hatchlings, bottom feeders and small fish, increasing biodiversity in areas where it has become established. The shells also play a useful role in carbon capture. Pacific oyster reefs create thriving marine environments and bind large amounts of carbon dioxide. The oysters serve as a kind of biodiversity engineers and contribute to Nordic efforts to reduce CO2 emissions, according to the latest report from the Scandinavian Network on Oyster Knowledge (SNOK), which is funded by the Nordic Council of Ministers.

“Since the species is undesirable, we often hear that it threatens biological diversity. But there isn’t really any proof of that. On the other hand, new oyster banks or reefs serve as habitats for multiple other species, which can have a positive impact locally,” says project manager Stein Mortensen of the Norwegian Institute of Marine Research.

The Pacific oyster was brought to Denmark in 1980 for farming purposes. However, nothing dramatic happened until 2006,  when currents spread the species to the Swedish coastal region Bohuslän and Oslofjord in Norway. As a result, millions of Pacific oysters have established themselves along the Nordic coasts.

A feast of oysters

“If you can beat ’em – eat ’em”. That is SNOK’s reasoning, at least. Pacific oysters are already sold as an alternative to flat ones in Sweden, Denmark and Norway. Global demand is high, and it’s time to increase the Pacific oyster’s popularity in the Nordic Region.

“Good-quality Pacific oysters can be cooked in all sorts of ways and have a sweet, instantly appealing taste. A lot of people consider the flat oyster superior to the Pacific, especially when eaten raw. However, we have to be careful not to harvest too many flat oysters, so the Pacific ones are a good alternative,” Mortensen says.

Increased commercial oyster trade will create jobs and give a boost to fishing communities. Pacific oysters are also a smart food choice, as they have a low climate impact and are locally produced and are healthy. In addition, they even give something back to society, not least to the tourist industry – for example, oyster safaris and tastings are already run in Norway, Sweden and Denmark.

If the Pacific oyster is to become more established in the Nordic food market, a number of legal and practical details need to be worked out, e.g. who owns them, plus guidelines for handling, storage and quality assurance. Joint Nordic methods for mapping and monitoring Pacific oyster populations are also needed.

“Oysters can absorb norovirus and algal toxins, so it is an absolute necessity that they are only sold by companies that have approved facilities for purification in clean water and which follow the requirements for the control of algal toxins and microbiology,” says Mortensen.

The third SNOK project funded by the Nordic Council of Ministers has now concluded. However, the researchers will continue mapping the Pacific oyster. Since they started working together in 2007, the team has followed the Pacific oyster and shown how the newcomer can be a new Nordic resource. The latest report shows how the Pacific oyster can have positive effects on biodiversity. However, more research is needed to make sure that this is the case.

About SNOK and the project

In 2007, when it became clear that the Pacific oyster had established itself in Swedish and Norwegian coastal areas, researchers set up the Scandinavian Network on Oyster Knowledge (SNOK). It has run three projects funded by the Nordic Council of Ministers, aimed at understanding the species’ impact on Nordic coasts. The mapping efforts have helped identify the oysters’ potential as a new Nordic resource. In 2019, a report summarised the findings about the species in Nordic waters and presented advice and solutions to a number of questions regarding handling and harvesting as well as the basis for oyster tourism. 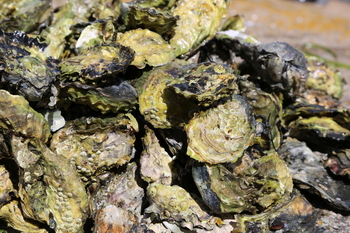 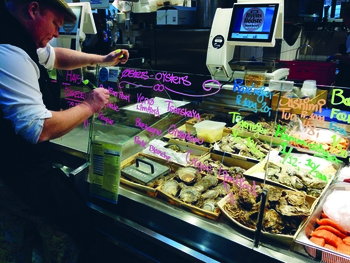