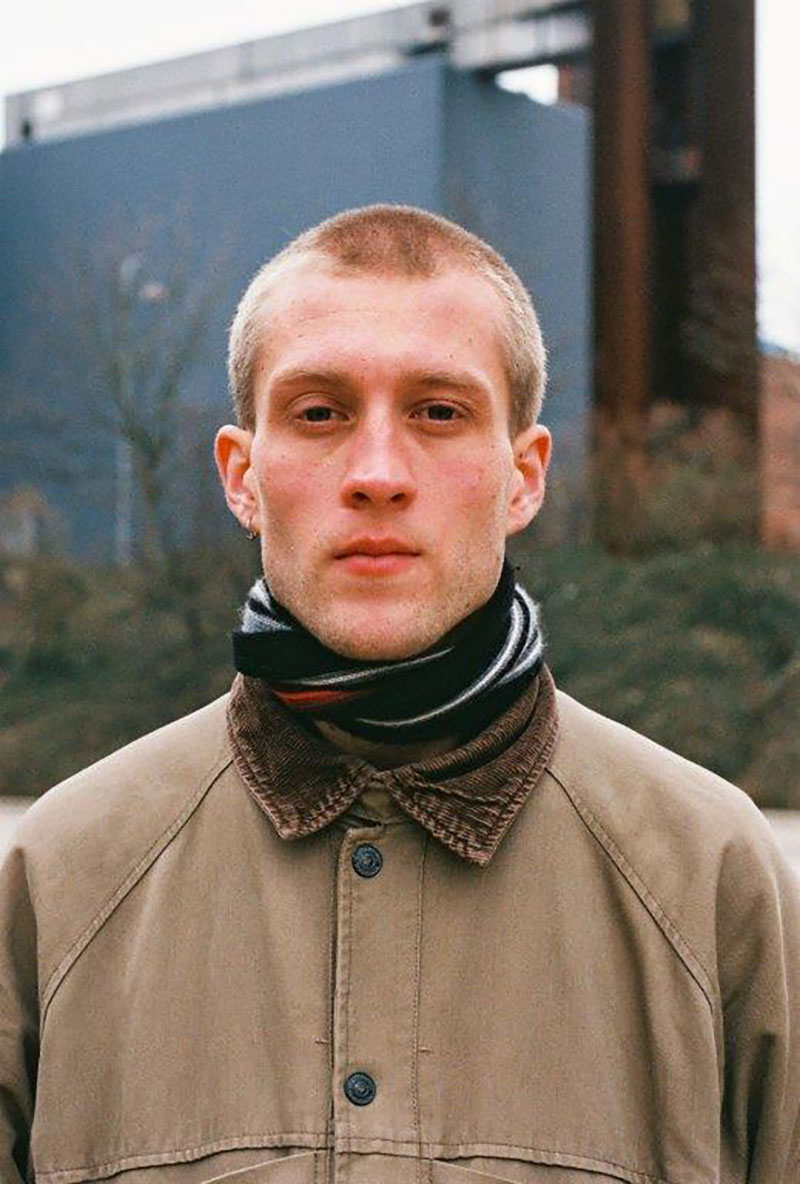 Jonas Eika debuted in 2015 with Lageret Huset Marie, a novel about night work in a hi-tech non-food warehouse. The book is a workplace novel, combined with another novel about being very, very much in love. It was an incredibly fine first novel.

In 2018, Eika’s second book was published. Efter solen (‘After the Sun’) is a collection of short stories consisting of four extended stories: ‘Alvin’, ‘Bad Mexican Dog’, which falls into two separate parts, ‘Rachel, Nevada’ and ‘Me, Rory and Aurora’. Every single one of the stories is surprising and startling, and they mark an exciting new departure in Danish literature. The stories are unpredictable, and there is an unusual sense of drive about them: the reader is simply drawn into another world in which we have no idea what may be waiting around the next corner. That is one aspect. Another is that the book is refreshingly sharp and well written, with striking imagery. The mental images are constantly budding in new clusters, creating connections, but we cannot predict where they will lead. The stories are rooted in a reality that is recognisable enough: they take place in Copenhagen, Mexico, London and Nevada, and deal with financial speculators, homeless boys who work as beach boys in an expensive resort in Cancun, drug users and people who believe in aliens – all things that really exist, but the realism of the short stories has magical elements, as the texts are constantly expanding the reader’s field of perception. What we can see, what we can sense, is taken a step further. There are thus passages that may seem non-realistic, but which really more represent an expansion of the sensory field. The sensory aspects are in general given centre stage; there are many smells, sounds, tastes, feelings and sights in the book. The writing is full of an energy that is also erotic, sexual.

Efter solen is a book in which we can sense the global crisis. Exploitation and inequality, desperate conditions and violent, dark experiences comprise an important part of its substance. Nonetheless, we sense a hopefulness in relation to the possibility of change – the feeling that another world is actually possible, and even may already be here, but needs to be called into being and expressed. If it is true that language is fossilised poetry, then Efter solen launches an intense and sustainable mining of linguistic fuel that is in itself breath-taking. But the book also sets a new, affirmative tone in literature that concerns itself with the questions that no-one can avoid: the effects of global inequality, global warming and all the other crises with which our world is replete.

Efter solen has been awarded the Den svære Toer  prize of the Danish Literary Writers’ Association, the Montana prize for literature and the Michael Strunge Prize.