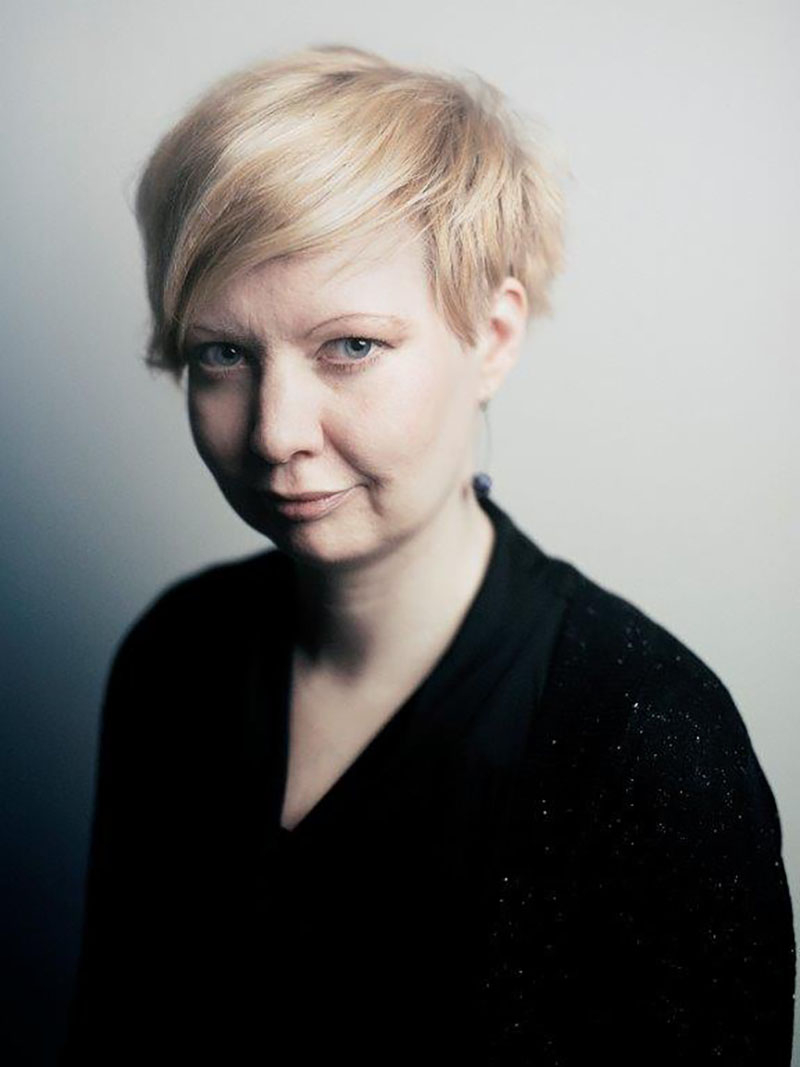 In October 1961, a volcanic eruption on the secluded island of Tristan da Cunha made headlines in the international media. Just a few hundred inhabitants lived on this South Atlantic island, which lies more than two thousand kilometres from the African continent. They were forced to flee to a nearby island inhabited by fulmars, from where they were evacuated to Cape Town and London.

After the catastrophe, many reports and textbooks have been published on the subject of Tristan da Cunha, which is associated with ideas of a paradisiacal island and a well-functioning community. Marianna Kurtto (b. 1980) made use of these when she was studying the island’s history and the lives of its inhabitants. On the basis of the facts, she has written an original fictional account about the eruption of the volcano. In a fascinating way, the novel alights on the soil of Tristan da Cunha and movingly describes the fate of the inhabitants. The novel partly deals with events in the mid-1950s, and follows the islanders’ lives until the mid-1960s.

Tristania – which is the name of the islanders’ own ship – can generically be characterised as a modern representative of the tradition of island tales. Island stories have been told in world literature ever since Homer’s Odyssey, and Nordic folk tradition, too, has no lack of descriptions of islands and their inhabitants. The tradition also includes castaway narratives in the style of robinsonades or tales of “the islands of the blessed”, to which, in Strindbergian manner, anti-utopian features have been added.

Marianna Kurtto uses the elements of the tradition in a personal manner. In Tristania, the people live as part of nature, and mainly get by on what they can harvest from the island and the sea. They are close to each other and take their decisions together. But even in Paradise a snake can sneak in, especially when nature shows itself from its harsher side: The recurrent storms put the islanders to the test, the ground trembles and a volcano spews forth lava. “Maybe the island’s birth was a mistake right from the beginning: The island is a child that was born by accident and grew much too big, and now it must be destroyed,” – as the narrator says, seeking a natural explanation for the island’s problem.

Tristania focuses on different families and their situations; the children, too, are naturally included in the story. The novel consists of alternating narratives that illuminate the same events from different points of view. The basic story is also enriched by the fact that the action of the novel sometimes shifts to England and South Africa. At the centre is the fisherman Lars and his wife Lise, whose relationship has been getting bogged down. Their son Jon is growing up and is seeking his own identity, and his voice adds a further nuance to the study of the family’s relationships. Of the other narrators, the island’s only teacher, Martha, stands out; her traumatic past casts a shadow over her relations with other people.

When the volcano erupts, Lars is away on a business trip to England, where he has fallen in love with a florist, Yvonne, and is living with her. When Lars reads in the newspapers about the events in Tristan da Cunha, it pricks his conscience and he tries to get home to his family. In the novel, Lars is a kind of Odysseus, who has fallen for the temptations of the sirens. Lise, on the other hand, is dissatisfied with the role of Penelope, and swaps her husband for an office administrator she met in Cape Town. Lars also finds a new partner in the form of his former neighbour Martha, who accompanies him on his journey back to Tristan da Cunha.

Many of the islanders who were evacuated to England also return. “The sea was far away, they said, and we sank down into the ground. Some of them brought with them a new spouse or a child born during their exile, and their secluded home was no longer a matter of chance; the hand of no God had thrown them there, they had chosen their place themselves.” A happy ending to the narrative thereby develops, even though the original paradise is no longer possible to attain.

One of the strengths of the narrative style of Tristania is the development of the story through the creative use of flashbacks and flashforwards. The novel moves with the people, and constantly takes unexpected turns. The narrative style rewards the reader by solving the problems and unknotting the jumble of human relationships. The novel is supported all the way through by language that reveals a love of inventive similes and metaphors which add a lyrical element to the work.

In recent years, Finnish literature has grown more multicultural, and Finnish writers have increasingly made use of topics and themes drawn from a wider context. “With the help of the imagination, you can, if you wish, travel to the ends of the earth and into the hearts of other people,” as Kari Hotakainen, winner of the 2004 Nordic Council Literature Prize, wrote. With her novel, Marianna Kurtto joins this group of literary globetrotters.

Prior to Tristania, Marianna Kurtto has published five collections of poetry and has been awarded several literary prizes in Finland. She also works as a translator of English-language fiction and poetry.