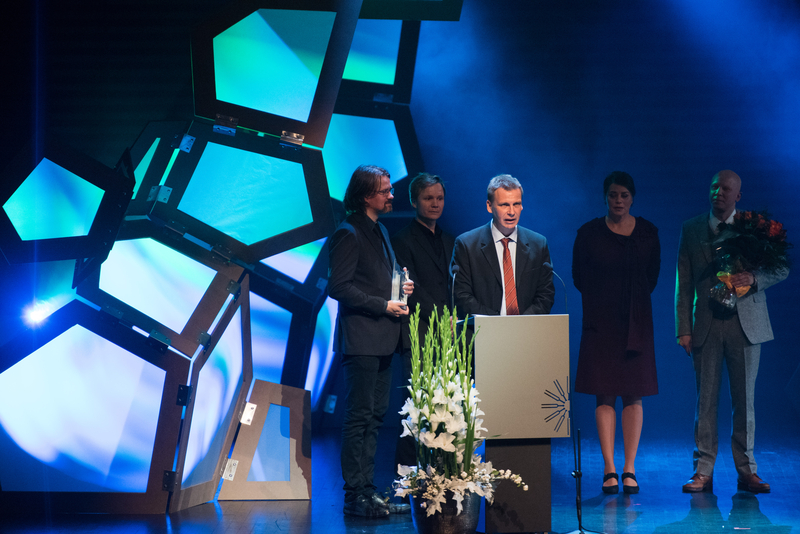 Jakob Wegelius has won the Nordic Council Children and Young People’s Literature Prize. The result has just been announced at the award ceremony in Reykjavík. Jakob Wegelius received the prize for Mördarens apa (The Murderer’s Ape).

“The Murderer’s Ape injects a new lease of life into the classic adventure story. Along with a gorilla named Sally Jones, the reader visits the run-down docks of Lisbon, embarks on dizzying journeys across the seven seas, and calls on the Maharaja of Bhapur’s magnificent court – all in an attempt to clear the name of Sally’s best friend, the sailor Henry Koskela. Through his love of narrative and fine knack for portraying character, the author brings early-20th-century history to life, with a particularly keen and curious eye for the new-fangled technology of the day. Detailed portraits and vignettes, as well as maps that chart Sally’s adventures, make this a book that is as visual as it is literary.”