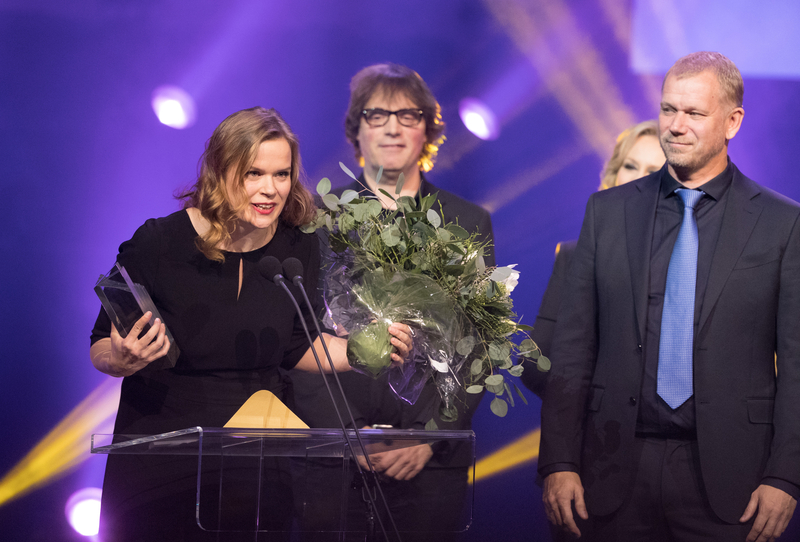 Kaarle Aho accepted the prize at the award ceremony in Finlandia Hall, Helsinki, on 1 November.

In Little Wing Selma Vilhunen manages to capture big and fundamental emotions using very small gestures, and proves that she has a sensibility as a director and screenwriter beyond the ordinary. She cleverly plays with how girls and young women are often treated on film, and every time the audience senses and expects a threat to the main character Varpu, Vilhunen lets her – both literally and figuratively – steer away from the clichés. Soft and capable, Varpu roams a world where the characters are allowed to be real people who are both good and bad, and where their surroundings are simply a setting but never a theme. In Little Wing the jury found moments of pure energy and cinematic gold, and we want to see more.