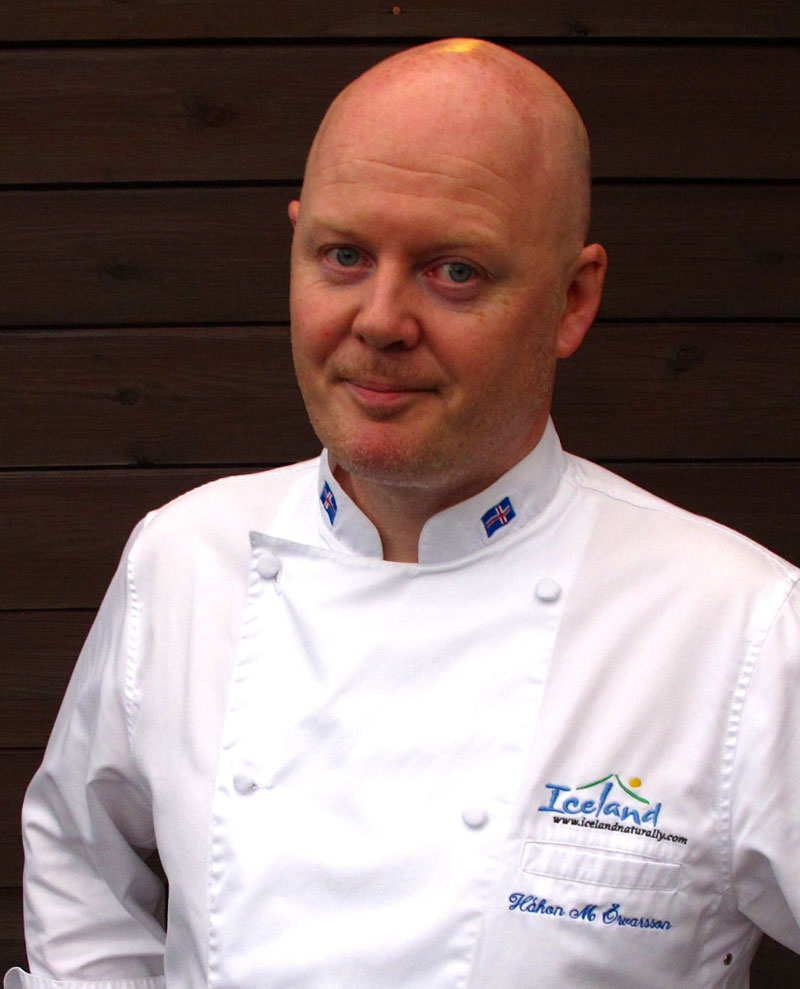 Mail Facebook Linkedin Twitter
Interview with Hákon Már Örvarsson, one of the six creators of the manifesto for the New Nordic Cuisine

René and Claus came to Iceland when they started to work on the manifesto. At that time, I was a chef at the Vox restaurant in Reykjavik. We had just opened and focused on the local produce, so I was brought in to be part of the group around the manifesto.

It was a great honor for me, and I enjoyed it very much. When we met in Copenhagen, we visited local producers, we had some interesting lectures from people coming in, and we had this workshop. It was really professional and the start of something. Everybody had opinions about everything, so there were a lot of discussions, but in general we had converging ideas, and everybody signed. It was an intense start, in a short, brief moment.

René and Claus had put this group together, with a certain level of influence. Noma is a very inventive restaurant, where they come up with a lot of new ideas. But some chefs in the group are more up to the idea of natural cuisine, just focusing on the produce, not necessarily making things into something else, like making a herb into snow. Fine dining works that way, but if you read the manifesto it says more about the traditional local products and very little about being technically inventive on the plate.

You can make something new with the tradition, prepare it in a modern fashion, or stick to it. For me, the manifesto made me try to experiment a lot more, and so did many chefs on Iceland. It was a movement, and New Nordic Cuisine is all about how you think about your situation. You get inspired by the French, Italian, Spanish and Asian cuisine, but this movement made you think closer. What can I do with what I have? And make a natural flavor out of it.

I like to cook the local produce, quite simply: the beautiful fish or the lamb that we have. I just prepare it in a modern fashion. My business today is in the countryside of Iceland, and the foreign tourists who visit me want something local.

I have also been performing as a guest chef in USA and Canada, and there, people know much more about Nordic Cuisine today than ever before. Our restaurants get recognition, we do very well in competitions like Bocuse d´Or and the Culinary Olympics, and the phenomenon is obviously discussed among chefs.

Iceland is perhaps the least oriented country to the movement, but the manifesto meant a lot of difference for our young chefs, and recently, the first book “New Nordic Food in Iceland” was published.

But it´s not like Denmark, where you can find many places with New Nordic Cuisine.

There are much more foodies travelling to Iceland than before, and the restaurant scene has become so different in ten years. Tourism is increasing almost 15-20 % every year, new hotels pop up and quality develops all the time. Chefs are also getting better. They travel more, getting inspiration and good ideas from their colleagues.

In respect of the future, it´s all about coping with what you have and where you are. I really want to get more natural flavors from our beautiful products around the Nordic Countries. You must also try to make it more simple.

When we saw El Bulli come up, they started to make so many different things, often very complicated, and then they closed down, probably for a good reason. People are not opening this kind of restaurants today. It has to evolve a little bit.

The manifesto really put things to happen and created different thinking among our colleagues. It was necessary for putting us on the scene, and many good things happened after the manifesto came out.