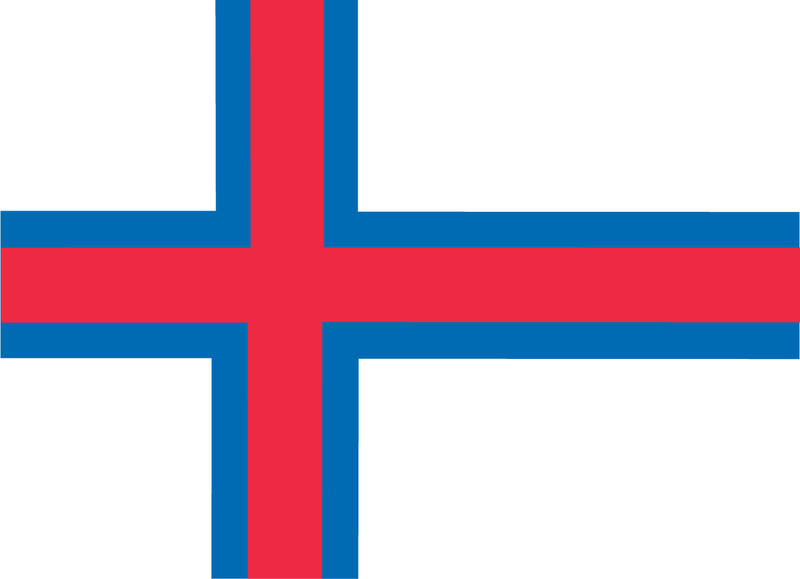 The national flag of the Faroe Islands is called Merkið. Designed by Faroese students in Copenhagen, it was raised in the islands for the first time in 1919 but not recognised until 25 April 1940 (by Great Britain during the World War II).

The white background symbolises the clear skies and waves breaking on the shore. The red and blue are found in the traditional Faroese scarf and are also an acknowledgement of the links with Iceland and Norway, whose flags feature these colours.

The official red colour is Pantone 032, which corresponds fairly accurately to the digital colours:

The official blue colour is Pantone 300, which corresponds fairly accurately to the digital colours:

The proportional measurements for the length are: 6,1,2,1,12

The proportional measurements for the height are: 6,1,2,1,6 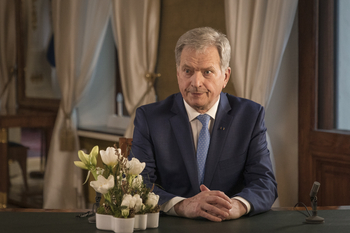