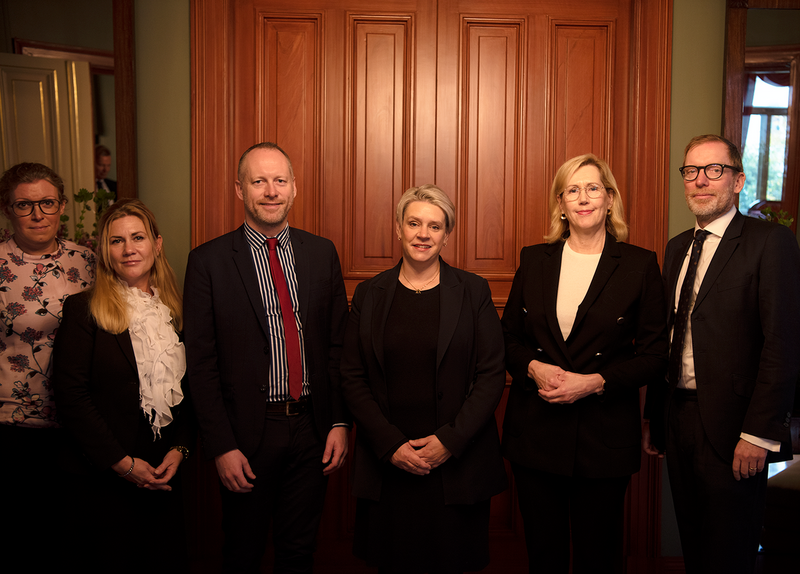 Photographer
Marianne Knudsen, Nordforsk
Mail Facebook Linkedin Twitter Sign up to newsletter
“We find ourselves in an extraordinary situation in Europe and in the Nordic Region with regard to the war in Ukraine. In the Nordic countries, we’re accepting a historically high number of refugees from Ukraine within a short period of time, not least women and children. We’re obliged to find good and sustainable solutions for this group,” says Norway’s Minister of Labour and Social Inclusion, Marte Mjøs Persen.

Norway, Sweden and Denmark have accepted a significant number of refugees in the last ten years, with a clear upswing in 2015.   Russia’s invasion of Ukraine has sent a new wave of refugees into all the Nordic countries. On Thursday, under the auspices of the Norwegian presidency of the Nordic Council of Ministers, Mjøs Persen hosted an informal Nordic ministerial meeting on integration in the Nordic Region. Norway, Sweden, Finland and Iceland participated at the political level.

“The refugee situation brings great uncertainty. We must prepare for the fact that more people will be staying with us for a while. We’re also expecting there to be more Ukrainian refugees in the future. Good co-operation and exchange of experience with my Nordic colleagues is crucial to ensure a safe and comfortable day-to-day life for those who’ve had to flee their homeland,” says Mjøs Persen.

60 percent of refugees from Ukraine are women

“Immigrants to Iceland have generally had a high level of participation in the labour market and 40 percent of the refugees from Ukraine are also working. That said, for the first time since the pandemic, we’re looking at protracted periods of unemployment amongst immigrants, and we’re investigating the causes. We’re also aware of the need to get better at assessing the qualifications and education that refugees already have,” says Iceland’s Minister of Social Affairs and Labour Market, Gudmundur Ingi Gudbrandsson.

Investing in schooling and education

During the meeting, the participants were presented with the research from OsloMet, among other things. The Scandinavian comparison shows that investing in schooling and education can be more important for refugees’ long-term financial independence than measures to get them into work as quickly as possible. The researchers have followed 280,000 adult refugees who came to Scandinavia and participated in the so-called introduction programme from 2008 to 2019.

“Although the flow of refugees has changed, there are several points to note from this report. For example, it’s worth noting that Sweden is good at checking and approving the education that the refugees already have. This is relevant for many of the refugees from Ukraine and is something that more Nordic countries should take note of,” says researcher Vilde Hernes.

In the Nordic countries, we’re accepting a historically high number of refugees from Ukraine within a short period of time, not least women and children. We’re obliged to find good and sustainable solutions for this group

What does the research say?

The report highlights the importance of investing in schooling at an early stage. Although in the short term it takes a lot of time and resources to ensure refugees get access to schooling and higher education, this can pay off in terms of their integration into the labour market and financial independence in the long run.

Denmark has placed stronger emphasis on employment measures, such as unpaid work experience. Although Norway has stepped up its investment in education in recent years, the majority of refugees still get schooling/education at a lower level. Sweden, on the other hand, has a higher proportion of refugees who proceed to upper secondary school or higher education, and who receive wage supplements.  While Norway is quite good at getting people with a low educational attainment into work, Sweden is the best among the Scandinavian countries at getting people with a high educational attainment into the labour market. 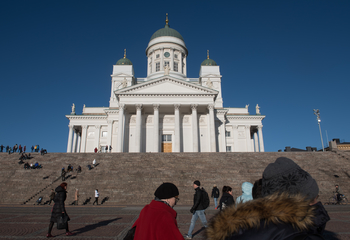