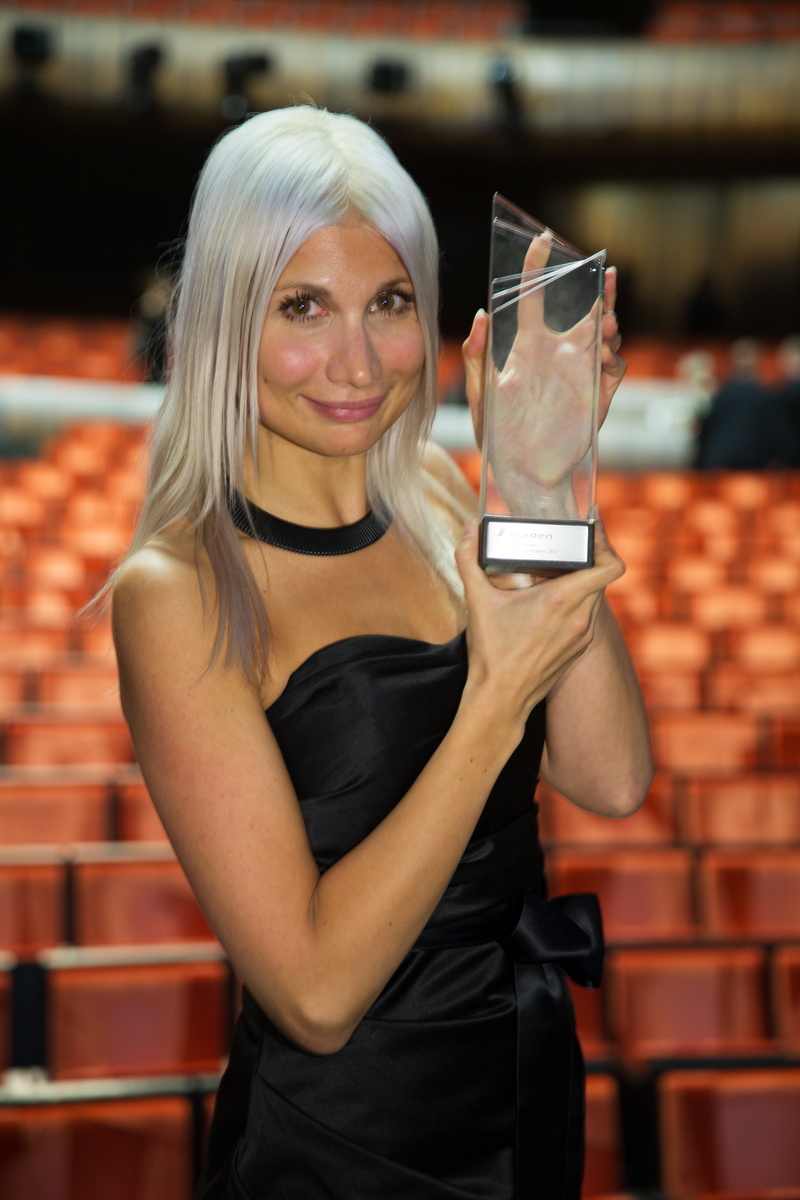 Photographer
Magnus Froderberg/norden.org
Mail Facebook Linkedin Twitter Sign up to newsletter
One third of the world's food production is thrown out and is lost in other ways - a loss that, according to the UN amounts to a value of almost 4000 kroner annually. In fact, you could feed all of the undernourished people in the world several times with the food that is just thrown out in the world's richest countries alone. The Nordic governments and a number of enthusiasts want to do something about this.

One of these enthusiasts is Selina Juul, founder of the Danish consumer movement, Stop Wasting Food. She was awarded the Nordic Council Environment Prize 2013 for her work showing new routes towards less food waste in Denmark and now wants to spread the work out to the whole Nordic region.

Selina Juul sees her work not least as a way to build bridges between high and low, between politicians in the parliaments and the man on the street.

"People like me help lift political visions and fine words out into reality, creating action and change out in the population", says Selina Juul, who has already found a use for the DKK 350,000 she received in prize money.

"We will start a new network which will optimise exploitation of excess food. In brief, we will establish a comprehensive new system, a website and make an app, where the provider and receiver of the food that would otherwise be wasted can co-ordinate delivery or collection by the hour", she explains.

Increased flexibility of this kind will reduce the need for storage and help to ensure much greater use of excess food from catering and over production from food producers, supermarkets and more.

From food waste to green growth

In the same spirit, the Nordic prime ministers have launched a number of green growth projects. The purpose of them all is to explore the potential in a strengthened Nordic co-operation towards a more sustainable economy. One of these is about food waste and will, amongst other things, look at the use of food banks across borders.

This is where Selina Juul's initiative to better co-ordinate the contact between the providers and receivers will perhaps play a role. Similarly, an initiative she wants to take to create a large Nordic food waste event may help to create common ground across the countries.

It can otherwise be quite a stretch from political goals to concrete action out in the field, but in fact buzz words like green growth can easily arouse enthusiasm, also amongst the grassroots.

"Concepts like green growth and bioeconomy are here to stay. We are running out of resources, so we have to optimise our consumption and find new ways", says Selina Juul, who doesn't let herself be put off by political slogans.

"There is no such thing as us against them in such major issues as we are working with here. Politicians, government officials, industry, business and the people on the street, we are all in the same boat. So the trick is to make an effort, there where you are, each in our own way", stresses Selina Juul.

Nordic co-operation is not least about networking, and she, like Dagfinn Høybråten, places great emphasis on the Nordic role in the world.

"If we can get something up and running in the Nordic Region, it can serve as an example for the rest of the world", concludes Selina Juul, who sees a bright future for the work against food waste.

"The basic idea here is that all food produced should be eaten and not go to waste. Over the next few years, I hope to see a dramatic increase in Nordic awareness of food waste. The Nordic Region can be a pioneer in this area".

The Nature and Environment Prize 2013 was awarded to a Nordic company, organisation or individual who has developed a product, an invention or in some other creative way has increased resource efficiency and thereby contributed to reducing human beings' ecological footprint in nature.

The Nordic prime ministers have launched a green growth initiative that will look at the potential in Nordic co-operation for sustainable growth in a number of areas. There are a total of 10 projects and one of these is about food waste. See more on norden.org/greengrowth