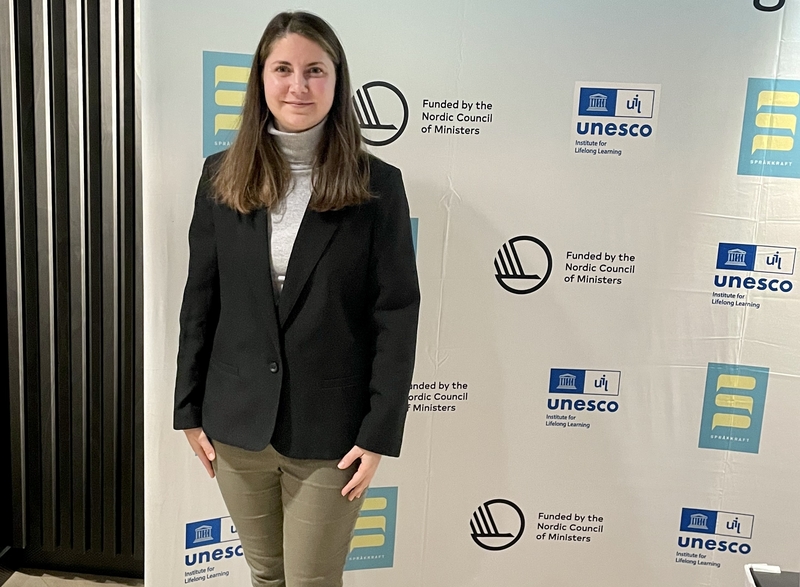 Photographer
norden.org
Mail Facebook Linkedin Twitter Sign up to newsletter
The Nordic Region and the rest of Europe are working together to welcome the biggest mass exodus since the Second World War and a new group of refugees – Ukrainian women. They may dream of returning home but want to integrate and work in their host countries. However, the lack of Nordic language skills is a challenge.

Olga Biecha (29) fled Kyiv eight months ago when the Russians invaded and, in her words, missiles rained down on her home city. The rest of her family stayed, but Olga left with a suitcase in one hand and her cat basket in the other. She now lives in Stockholm. Although she has worked as a French teacher and taken other language courses, she still has to crack the code of the Swedish language.

Language is the key to getting a job

Olga told her story at an integration conference in Oslo run by the Nordic Council of Ministers and the Norwegian Ministry of Labour and Social Inclusion. According to the report Implementation of temporary protection for refugees from Ukraine, approximately 160,000 people have applied for refugee status in the Nordic countries. Most of them are women who, like Olga, need to learn the language to integrate and find jobs. There was a widespread consensus at the conference that language is crucial.  “High-quality language training is crucial to newcomers’ chances og finding work,” says Nora Sánchez Gassen, a researcher at Nordregio, for example.

Although there are some differences, the services offered to Ukrainian refugees by the Nordic countries are generally very similar, and the perception is that a great deal is being done. But there are still challenges. According to Associate Professor Michael Svendsen Pedersen of Roskilde University in Denmark, this is partly due to the approach official agencies adopt to refugees. He points to the success of initiatives based on a holistic, motivational and – above all else – inclusive approach. One example he cited was the project from Meland in Norway ,known locally as Krydderdamerne (the Spice Ladies). It focuses on the importance of language so that the refugees can pass their cooking courses. They had to read a recipe, discuss it, measure ingredients, weigh them, etc. “It was a meaningful goal. It made sense and that motivates people to learn,” Pedersen told the conference.

It has to make sense

The fact that learning a language makes sense for an individual’s life is a really important motivating factor, Pedersen pointed out. But that very motivation can be a barrier for Ukrainian women, Olga points out. They may well be keen to make a contribution to Nordic society and find jobs, but they still harbour hopes of returning to Ukraine in the not-too-distant future. “So why put so much effort into learning a language?” she asks. Olga also explains that she was not in a very good place when she arrived from Kyiv. She was suffering from stress and caught COVID several times, which got in the way of learning. When she felt better, she was lucky enough to find a job that did not require Swedish and now helps other Ukrainian refugees. At that point, lack of time then became a barrier to learning. For some Ukrainian women who are in the Nordic Region with their children, time away from them is also a problem.

The Nordic Council of Ministers, the Norwegian Ministry of Labour and Social Inclusion and Oxford Research mapped language initiatives in the Nordic countries and will publish the report Language Training for Adult Immigrants in the Nordic Countries in January 2023. Some of the main points in the report are the importance of inclusion, the quality of the teaching and the need to combine formal teaching with informal learning opportunities. The report will be available on the Nordic Welfare Centre website.  The Nordic Welfare Centre 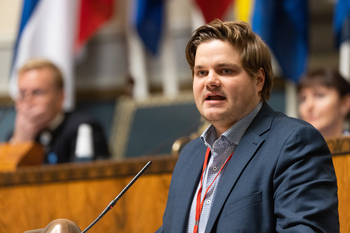 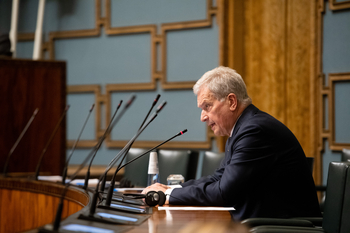