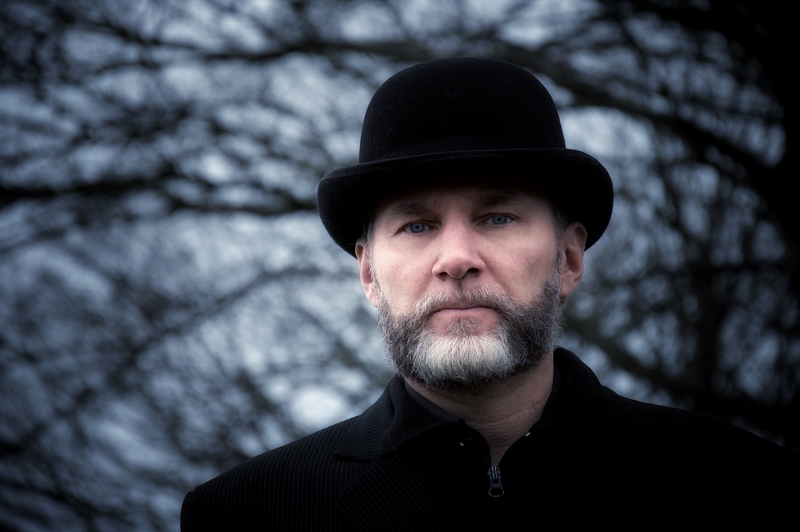 Stavanger-based author Henrik Nor-Hansen was born in 1967 and made his debut with the novel Krater på krater (in English, “Crater on crater”) in 1996. His debut received a lot of attention, but this did not deter him from switching genre and publishing five poetry collections in the new millennium. More recently Nor-Hansen has returned to novels. Termin. En fremstilling av vold i Norge (in English, “Deadline. A portrayal of violence in Norway”), his third since 2012, follows Redegjørelse for reisestipendet 2010 (in English, “Statement on the 2010 travel grant”) and En kort evaluering av psykososialt stress (in English, “A brief evaluation of psychosocial stress”).

As with the earlier two novels, Termin is a brief report characterised by narrative distance and a pronounced awareness of how language, the psyche, and social control are interrelated. Nor-Hansen’s project stands out as one of the most distinctive and unconventional in Norwegian literature right now.

The protagonist, a victim of violence named Kjetil Tuestad, lives in Hommersåk in Rogaland – a region more transformed by the Norwegian oil boom than any other. The account begins with an episode of violence to which he was subject, making him a “case”, and continues over the course of nearly 20 years, the novel’s modest scope notwithstanding. The picture that is painted is one of a lonely, fragmented, and troubled life. Shifts in the economy and labour market are recorded and summarised with the same sobriety as the occasional occurrences of violence in the vicinity. Kjetil’s life during this period – his distant and/or fleeting relationships, private as well as professional, and his contact with various institutions – is conveyed in the kind of diagnostic language one usually finds in a log, report, or journal. This serves to anonymise the narrative body – everything is just language, nameless, a record, bureaucratic. No attempt is made at interpretation, nor is any opinion given without every necessary caution being taken: “it should have been” and so on and so forth. Kjetil “claims to have” felt or experienced such and such.

In this way Nor-Hansen succeeds in creating doubt about what the violence consists in, since the violence in question that is depicted in the text, as “blind” and arbitrary as it may appear, could so easily have been described differently, as something else, in a different context. Violence is perpetual. It can be cited in support of virtually anything. The brilliance of Termin therefore is not that it links socio-economic development in the Stavanger region with the occurrence of violence, but how the distance in the language and the story gradually emerge as the source of violence – or rather as the very violence itself. Despite the events in this life, it could have been something completely different, in a different language, with a different “receiving apparatus”. We get the impression that the recording of Kjetil’s life in the bureaucratic, play-it-safe terms of the social care sector is done primarily to keep the case at a distance, not to help him or anyone else to gain greater insight into why things happen.

Consequently, the language indirectly seems to go against the grain of what many novels seek to do – to adapt and relativise their subject matter. In Termin, ambivalence, doubt, and uncertainty – terms that often have a positive value in a literary context – become warped and distorted. Uncertainty and adaptation become tools for the anonymous attack. The depiction of what happens to Kjetil Tuestad constitutes its own form of violence precisely through its relativism and its disclaimer of any liability. The medium truly is the message.